I can't remember that last time I used a pay phone â a failure of memory that I'm sure I'm not alone in experiencing. And yet, pay phones and phone booths still dot Toronto's urban landscape, relics from a time when a "text" was a book and a "mobile phone" meant one with a really long cord. I'm sure they get used once in a while, but their heyday has certainly passed.

So what to do with them? 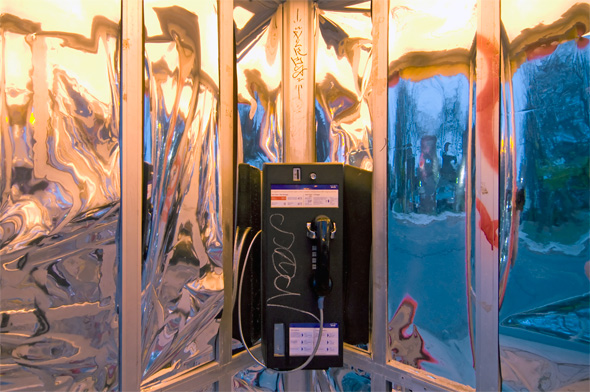 Here's an idea: let's turn them into "fun booths." Spotted yesterday on Christie just north of Dupont, this DIY mini-funhouse, complete with wacky mirrors, proved quite the lure for those passing by. I have no idea who put this little intervention together or if there are others around, but in the 10 minutes or so that I spent while taking photos of it, not one person walking by could resist taking a closer look at this strange creation. Not surprisingly, it also acted as something of a tractor beam for kids. 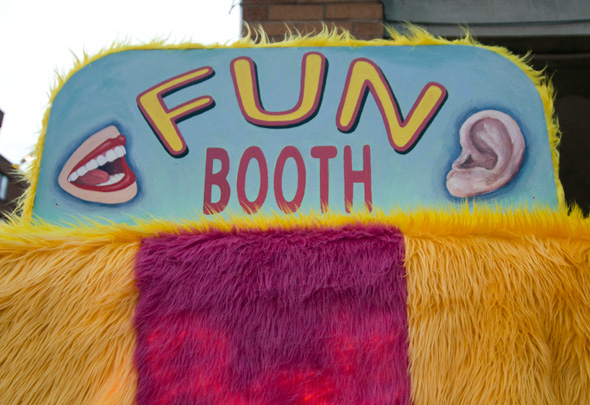 Who knows? Maybe this was set up for someone's birthday party, or had something to do with the Santa Claus Parade? Despite its undetermined origins, I'm a fan. What do you think â is this a street art intervention we can all get behind?

Thanks to Brian Anderson for the tip!