The rhythmic, rhyming poems lightly touch on relationships and existence while prints experiment with fonts and bright colours, creating an overall playful effect. In some pieces, words are illustrated literally, such as a work called Flight featuring images of birds and Love Against the Rest with a human heart behind text. Other pieces play with typography, such as Let's Say with its lines nearly overlapping one another.

Along with this fusion of literature and visuals, Campagna also juxtaposes the contemporary with the classic, encasing his prints in gilded frames. The difference of styles highlights the contrast between the eras artistically.

Unfortunately, the exhibit closes today but it's well worth popping in the gallery if you happen to be in the Parkdale area this afternoon. 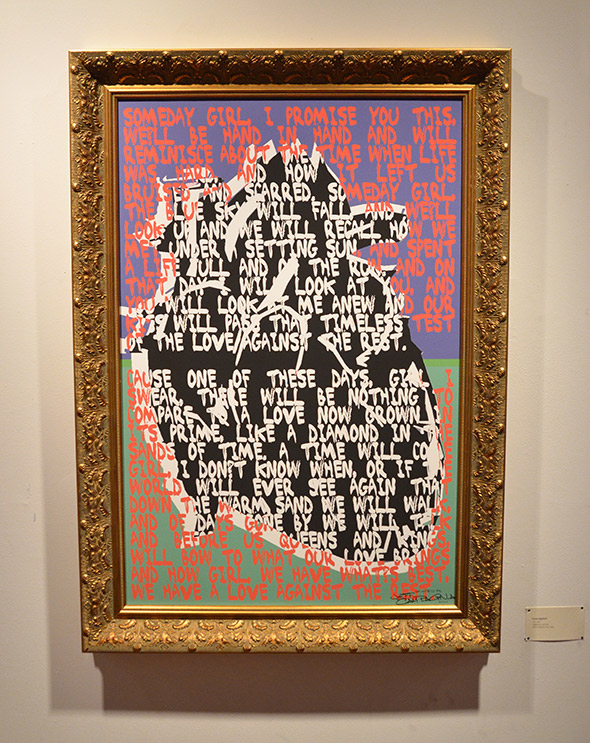 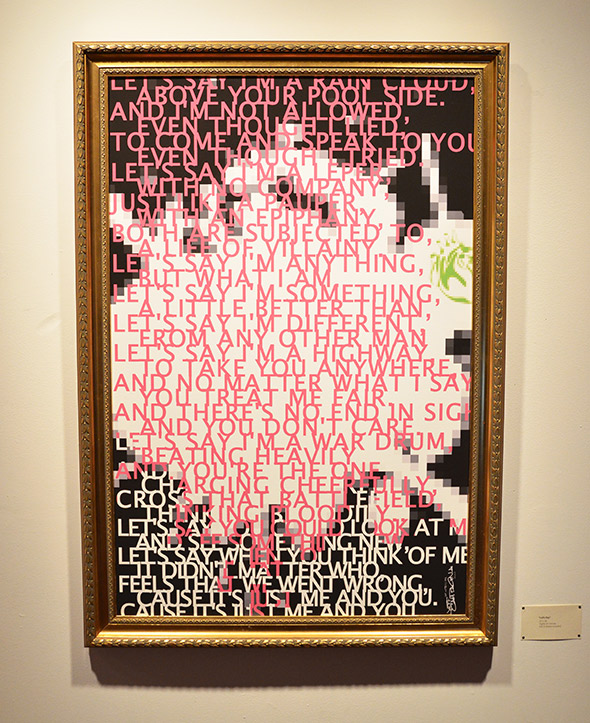 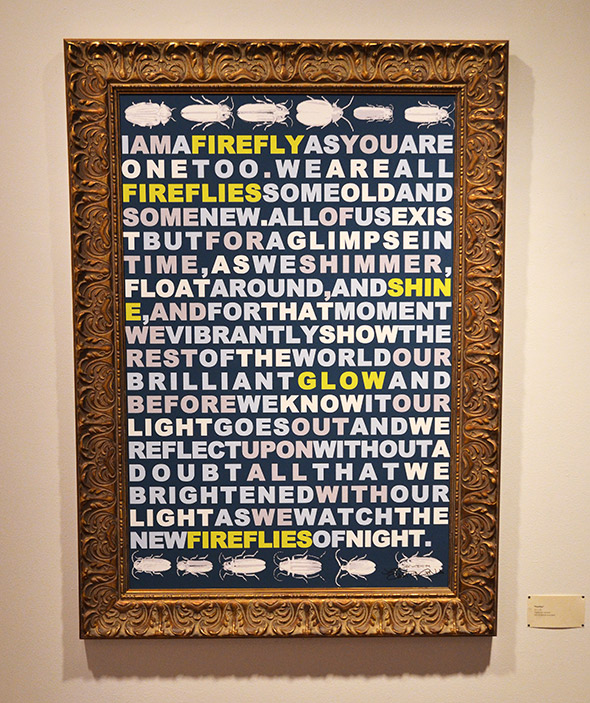 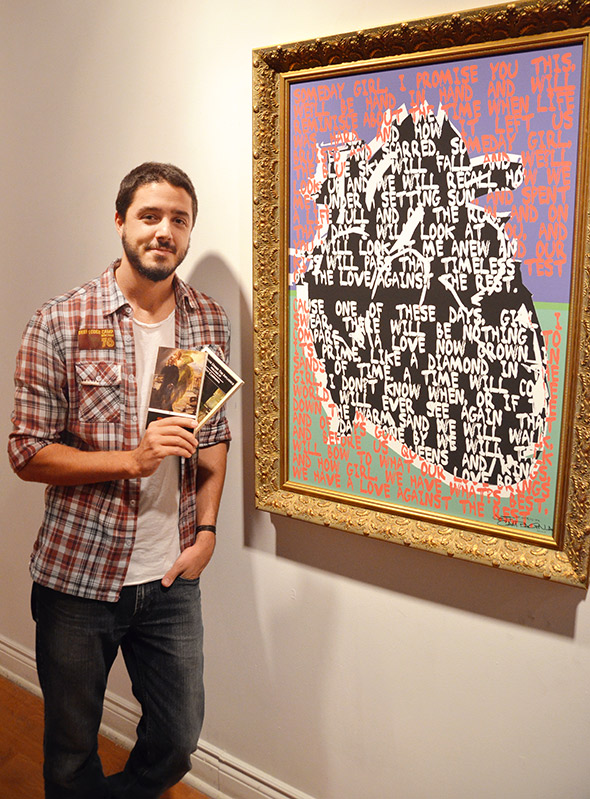