Art Attack! is an annual auction fundraiser to support Buddies in Bad Times Theater. The event is bisected into a live and silent auction, which run simultaneously. With the mere raising of a paddle or the stroke of a pencil, visual art by top Queer artists, and dozens of gifts and treasures can be yours...all for the right price, of course. 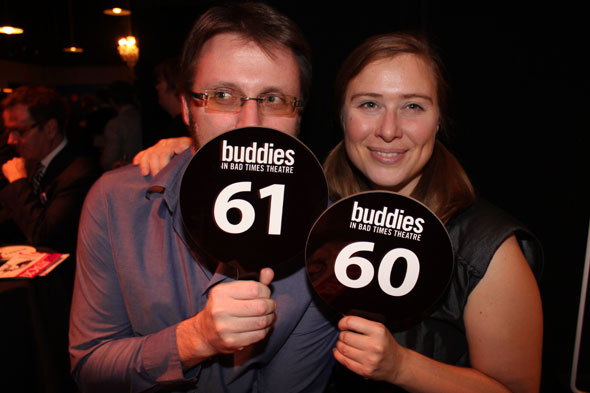 Art Attack! which took place this Thursday evening, had all the sass and gaiety (no pun intended) that I could have hoped for. Hosted by comedian Gavin Crawford (This Hour Has 22 Minutes), the beer-swigging entertainer kept the evening light and whimsical. His bits about illicit bathroom sex and suggestions that audience members seek revenge by outbidding their "frenemies," kept the crowd chuckling throughout the night. 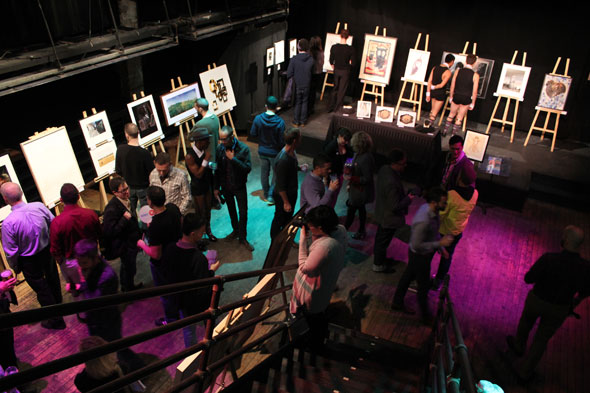 Several auctioneers and queer celebrities joined Crawford as the evening went on, each of whom brought their own flavour of zaniness to the stage. Sasha Von Bon Bon, for example, who was dressed in a bootylicious mini-dress, announced she would be taking advantage of the auction paddles to dole out or receive, well - a paddling, for the small price of twenty bucks. Guest cameos, such as the redhead with the purple glitter tears who modeled the Tamatik Lounger chair, were intermittent opportunities for goofiness. There's something about a young woman reclining a chair spread eagle that gets those paddles flying. 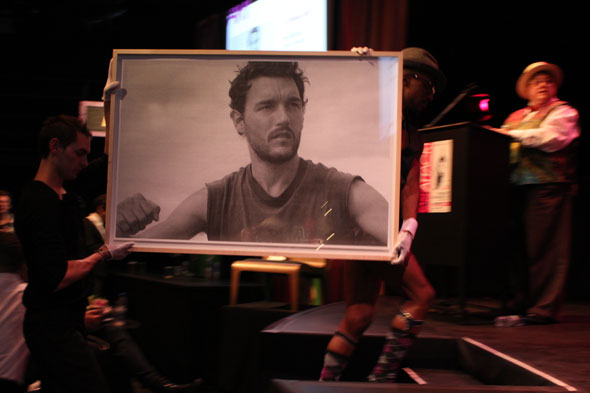 The art and prize packages were generally exhibited on stage by a small team of handsome and scantily-clad men wearing argyle socks, shoes, and underwear. Shirts, high heels, and glitter were optional. A keg of Steam Whistle poured freely on the sidelines while big prizes ("Easy Rider" - a red and black Benelli Quattro Nove Scooter) and little ones (Sandra Brewster's teeny-tiny newsprint transfer piece "Smith 83") were auctioned off at the speed of light - and sometimes the speed of sloth, depending on the item. 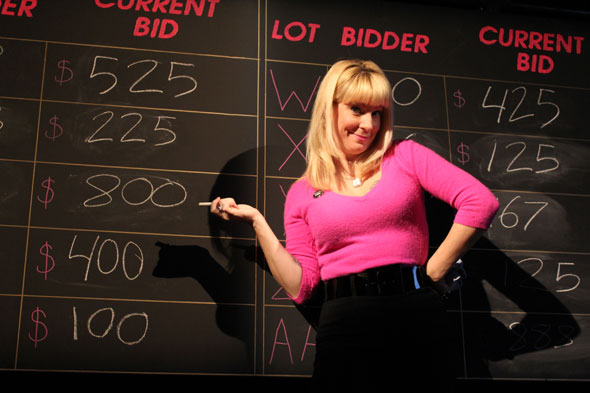 Curator Keith Cole popped bottles of champagne for bidders that dropped over a grand, encouraging us to keep our eyes on the paddles as they went up around the room. It also provided a little incentive to those who might need an extra boost to hand out the big bucks. 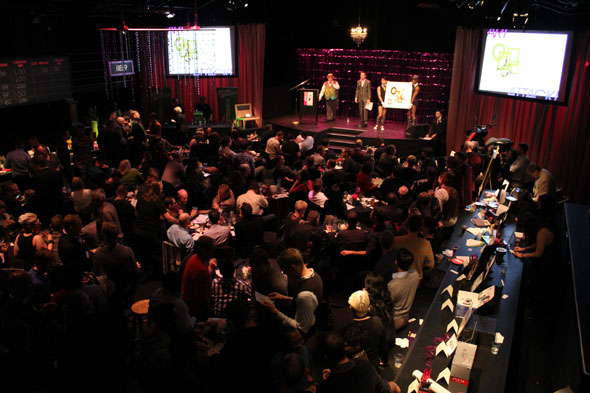 Art Attack! is quickly becoming infamous for its coy theatrics and colourful cast of characters. They sling wit and good-humored barbs at bidding audience members as much as they do at themselves and each other. If works from Evergon's Dick Flashers series, and Ashlee Cowan's cross-stitched pieces that read "Dreams and goals are Satan's way of distracting you from making dinner" are any indication, the night is as provocative and mischievous as it is outlandish and fun. 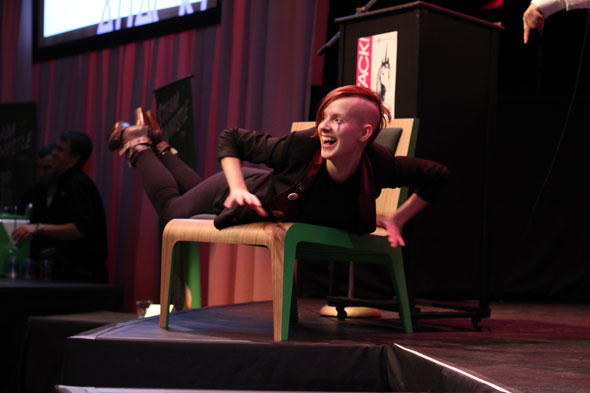