A tribute to the Montreal Metro, right here in Toronto

The first thought that came to mind when I arrived at INabstracto for the launch of John Martins-Mantiega's latest book, MÃ©tro: Design in Motion, was why hasn't anybody given the TTC such a lovely and thorough treatment? Spread over 450 pages, Mantiega's new book is more that just a love letter to the Montreal subway and the remarkable people who made it possible — it's a tribute to modern design and the pragmatic spaces we often take for granted. I'd love to read — or perhaps even write — something similar about the Toronto subway, even if the story isn't as compelling or Canadian in its design history. 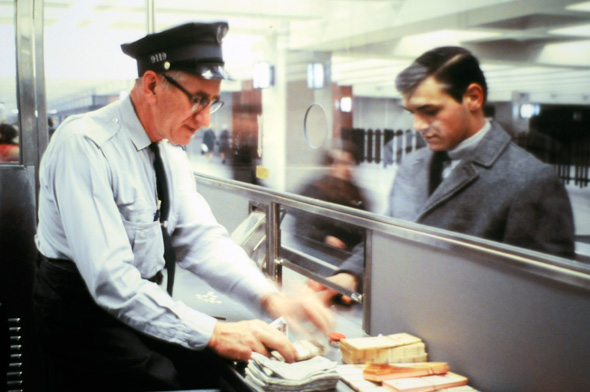 Needless to say, this isn't an easy task. It took over three years for Martins-Mantiega to write Metro. Part of this has to do with the amount of research and documentation that went into the book, but it also has to with funding. It's a challenge to publish books of this nature, and the journey wasn't always a smooth one — but here's the book, and it's fantastic. 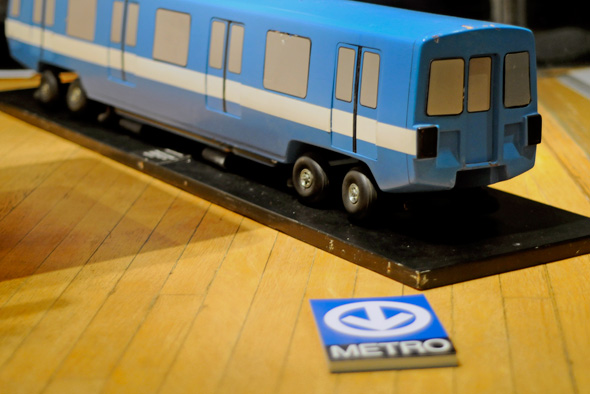 So too are the photographs on display. As much as I enjoy viewing (and posting) archival photographs, there's something about seeing larger versions in person that really get me enthusiastic. But perhaps even more cool than the photographs is the model subway train and orange seat in the window of INabstraco. Seeing them displayed this way really drives home the degree to which they're design objects, something that's all too easy to forget. 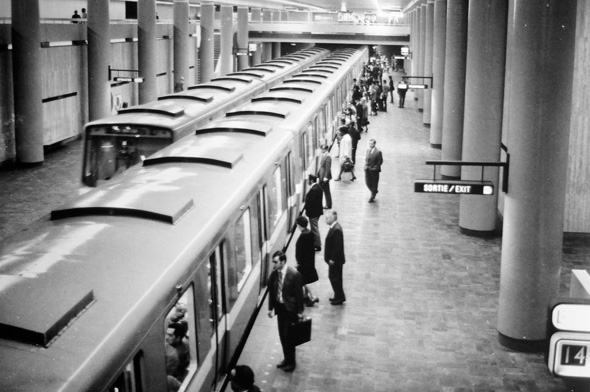 "That little train is probably the most important piece of industrial design that Canada ever produced," Martins-Manteiga declared at last night's launch. That might be overstating it, but it was still a remarkable accomplishment, particularly given the timelines the designers had to work with. 20 of the original stations were completed in just four years to coincide with Expo 67.

At the media preview for the new TTC streetcars I attended earlier today, it was revealed that full incorporation of the vehicles isn't expected until 2018. And that's just vehicles — no stations. That gives a bit of perspective into just how quickly the Montreal system came together. It's also interesting to note that Toronto's new streetcars will be built by Bombardier, which blossomed into the large-scale company it is today on account of their construction of Montreal's subway cars. 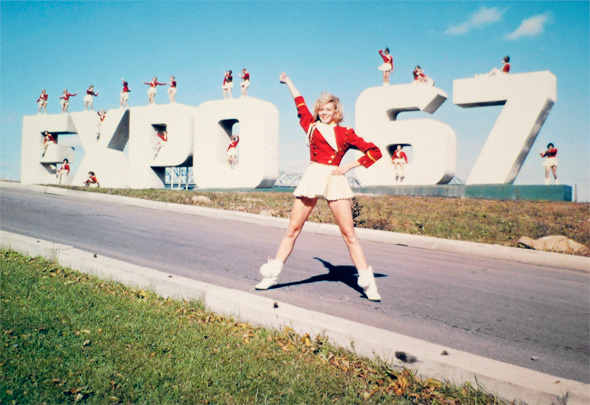 It may not be the Toronto subway book I'm hoping for, but Metro: Design in Motion is well worth the read for design buffs and transit history fans. And even if you don't fall into either of these categories, having a look at the exhibit is still highly recommended. 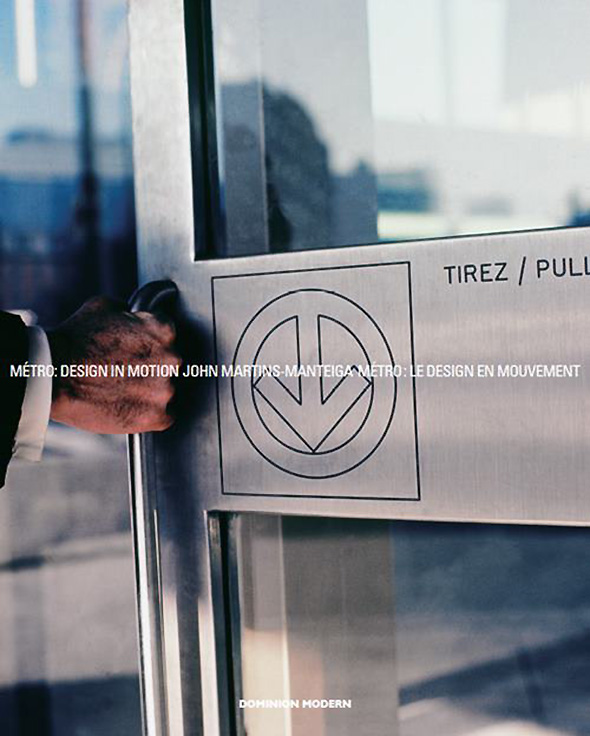 Metro: Design in Motion will be up at INabstracto until November 27th. The book can be purchased there or at Swipe Books.