The Renegade Parade at Nuit Blanche 2011

As in year's past, one of the biggest non-sanctioned events to took place at Nuit Blanche 2011 was the Renegade Parade, masterminded by newmindspace. Billed in advance as a "Renegade Nuclear Physics Laboratory Art Experiment and Science Experience," the procession was led by a "float" (a pair of converted U-Haul vehicles reworked to hold a dance platform, a DJ Booth, and a huge lighting and effects machine) on a twisting path through downtown streets from the ROM to its eventual destination at the Guvernment nightclub.

The air was filled with dubstep and dope smoke cut with lasers as masses of people danced along, stranding bemused motorists who stared out of their cars at the colourful costumes and bright-eyed celebrants as the portable rave passed them by. Any newmindspace event is inevitably an exercise in barely controlled chaos, but the good vibe always prevails over any momentary inconvenience caused to innocent bystanders, and the infectious smiles tend to win people over. There was a long pause at the Heart Machine installation and there was a great symbiosis between the two events with the giant flames bursting from the pipes a perfect visual effect for the pulsing music emanating from the mobile sound system.

After the prolonged warm-up session, it was back into the night with motley crew for more (almost) aimless art-wandering â one of the best ways to experience Nuit Blanche. The soundtrack from the night has been posted online, but the link might not last that long, so grab it while you can. 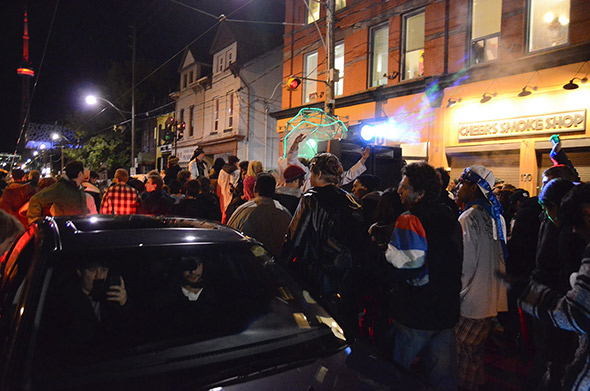 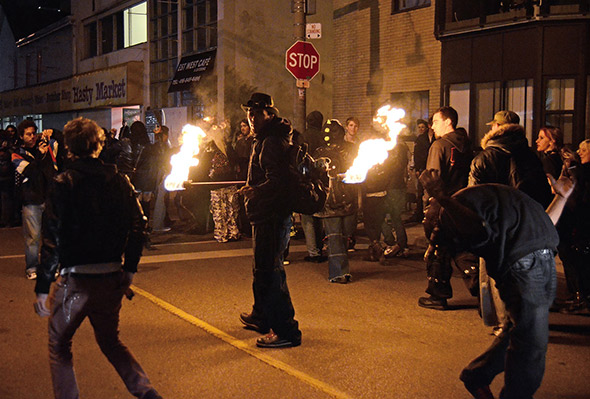 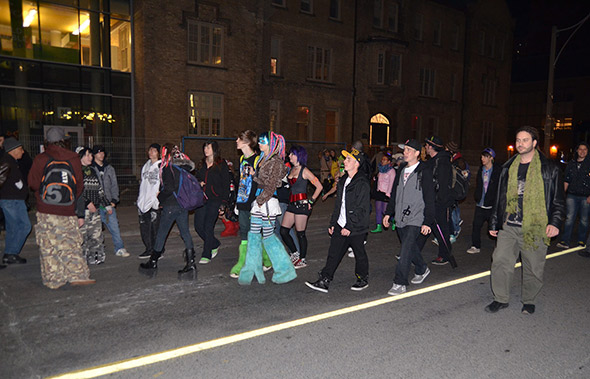 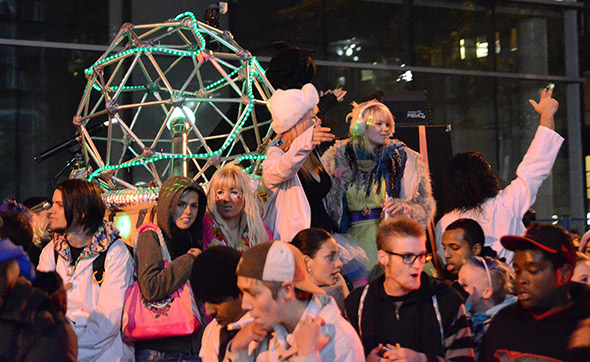 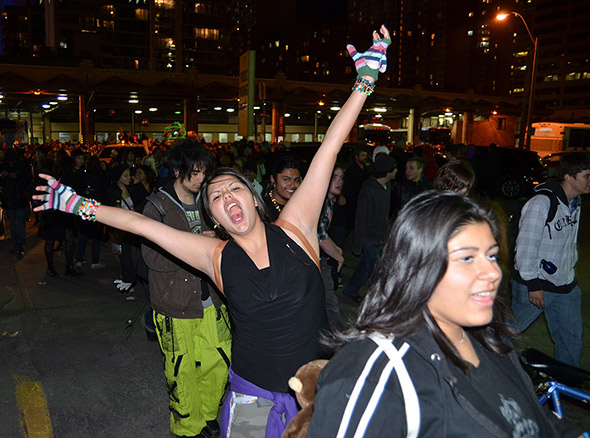 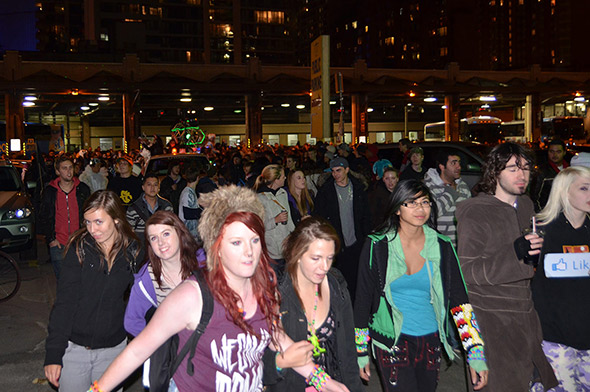 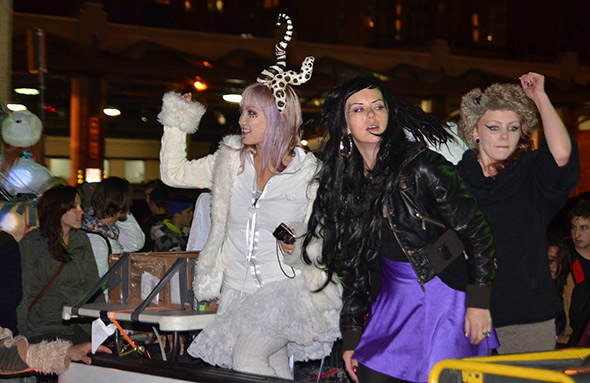 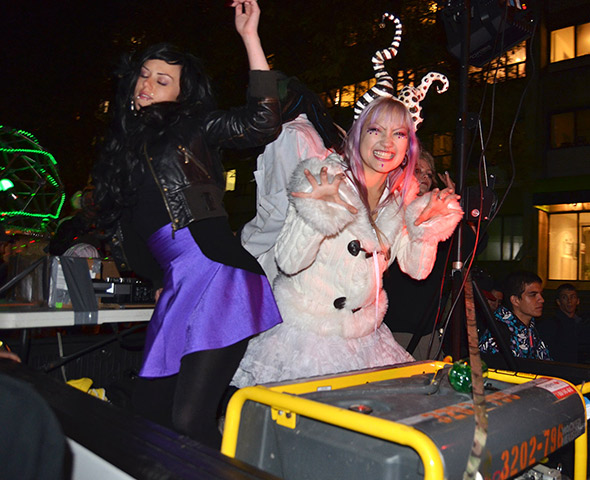 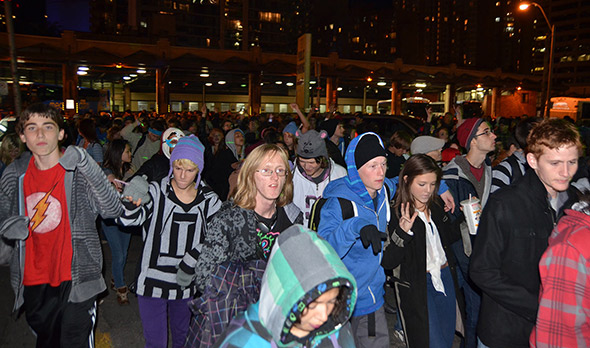