The last time we mentioned Joel Richardson's work was when his mural under the rail overpass near Dupont and Lansdowne was unceremoniously buffed by the City of Toronto. Although the artist had been commissioned to complete the work by then area councillor Adam Giambrone, a lack of proper documentation meant that when complaints regarding the perceived political message of the piece were made, the City acted quickly to eliminate it. That caused quite the shitstorm â coming, as it did, after Rob Ford declared that the City was fighting a "war on graffiti" â which actually helped set the wheels in motion to have the artist and filmmaker re-paint the wall.

After receiving the formal support of the local community at a meeting in August, Richardson received $2000 to complete a new mural, work on which he recently started. Chatting with him earlier today, he told me that he expects to be finished in about three weeks. Dressed in a tuxedo not dissimilar to the attire worn by the generic-looking figures that dot his artwork, it's hard not to take interest in what he's up to when passing by. This is the very opposite of an act of clandestine graffiti as Richardson happily answers the questions of those who walk by as he works.

Although there's much left to be done, the general layout of the mural has started to take shape. I was lucky enough to get a look at the eight-foot long study for the piece, and I suspect the new project will be more popular than the his last effort. While similar stylistically, this mural will be more intricate and feature sections painted by AMOS, a street artist Richardson got to collaborate on the work. So while that first mural really shouldn't have been so hastily buffed, it would appear that there's a happy ending to the story. 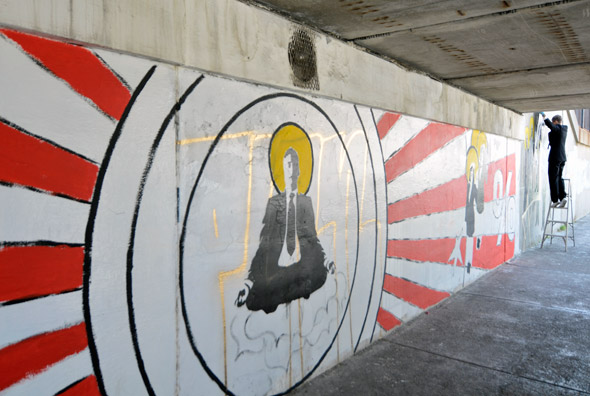 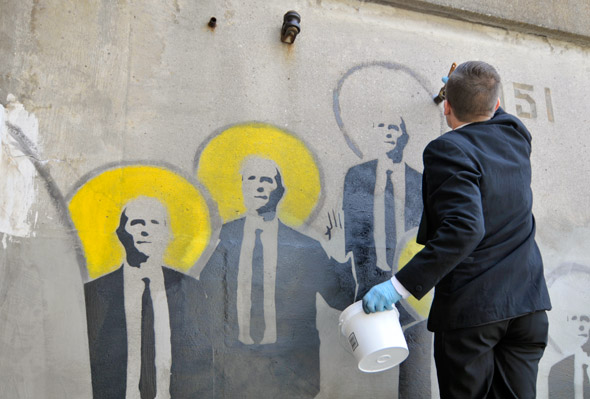 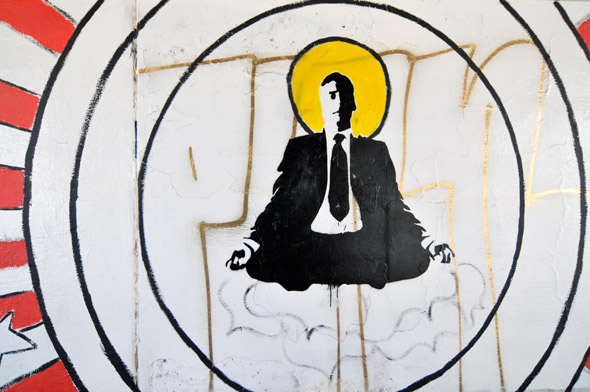 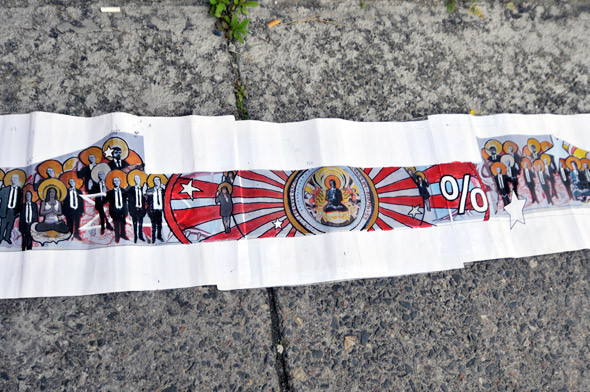 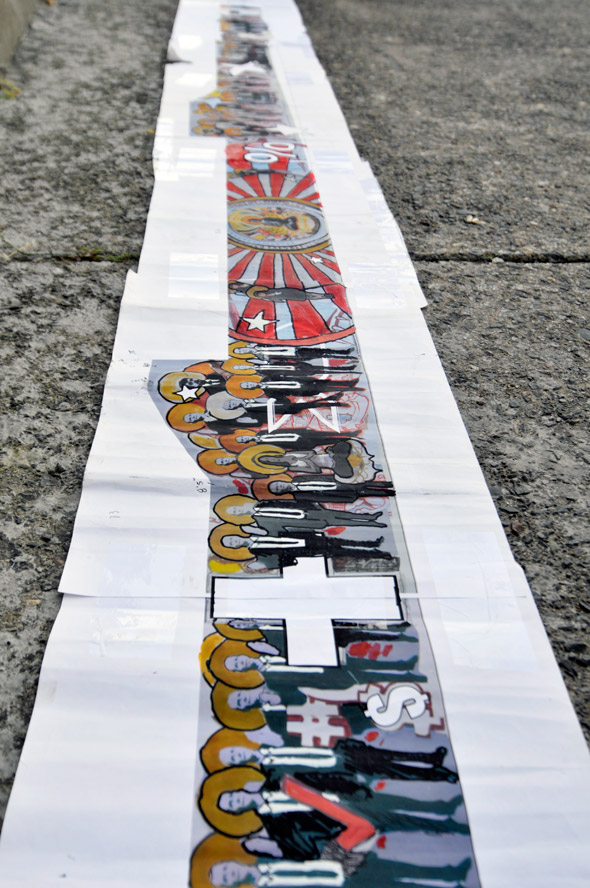