This wall looked better with "graffiti"

Talk about bad timing. On the same night that City officials held a town hall meeting to engage the public in discussion of its graffiti eradication policy, news breaks that the City is alleged to have just painted over a public mural that it helped pay to create in the first place. Located on Dupont near Lansdowne Avenue, according to the creator of the piece, Joel Richardson, his near-finished mural "The Formula" was funded by a $2,000 commission from the Clean and Beautiful secretariat. Counter to this claim, a City spokesperson said that the mural was "unauthorized, uncommissioned, political and may have "referred to (Prime Minister) Stephen Harper." 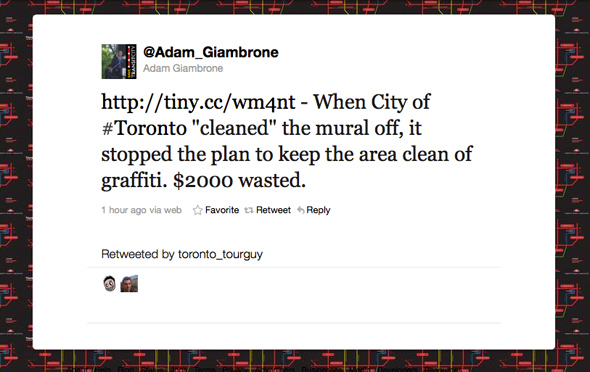 We've yet to get official (re)confirmation either way, but based on Adam Giambrone's Twitter activity earlier today, it sure sounds like Richardson was wronged. Giambrone, who was area councillor when the piece would have been commissioned, indicated that Richardson was indeed paid to put up his work.

As for the political leanings of the piece, the artist told the Star that while the work was "subversive and anti-freewheeling capitalism," it "had nothing to do with Stephen Harper," and that the model for the anonymous business man was a friend of his. But, you know what, it doesn't even matter anyway. If the piece was commissioned, regardless of the subject matter, it's both ridiculous and sad that it's been destroyed.

Here's a look at the before and after pics, courtesy of Martin Reis. 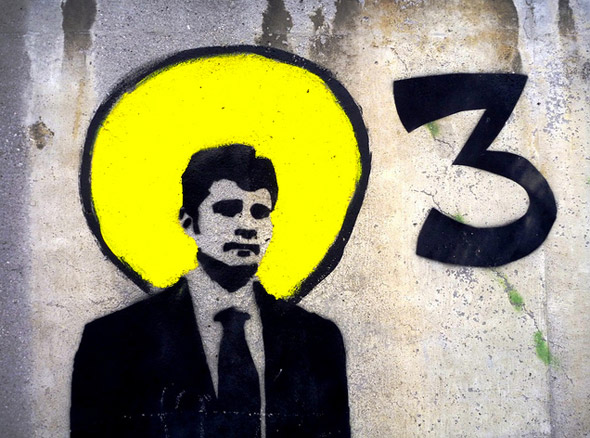 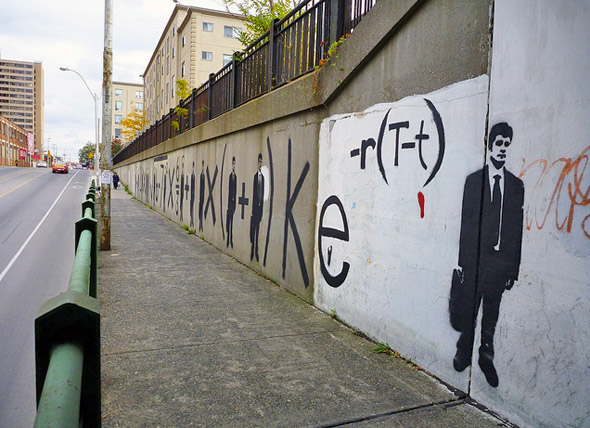 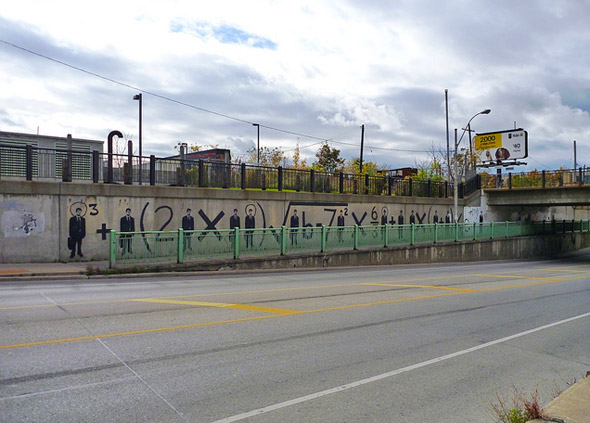 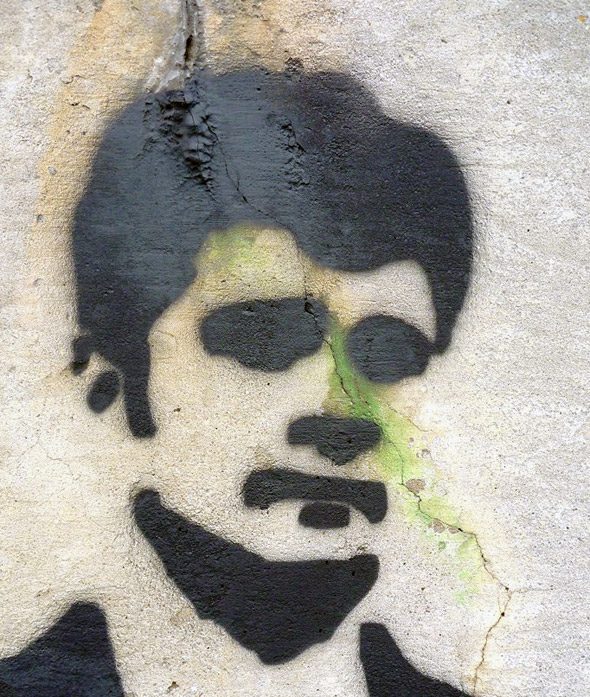 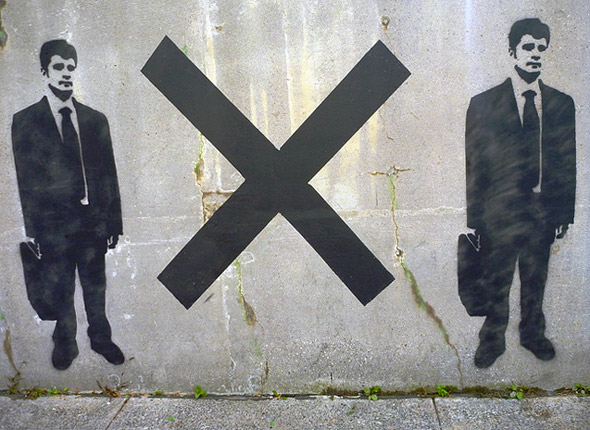 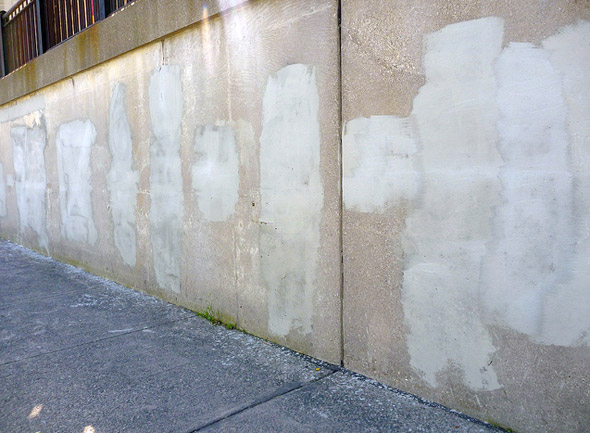 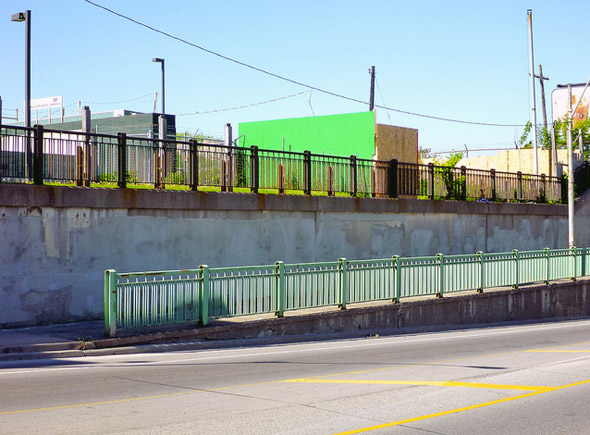 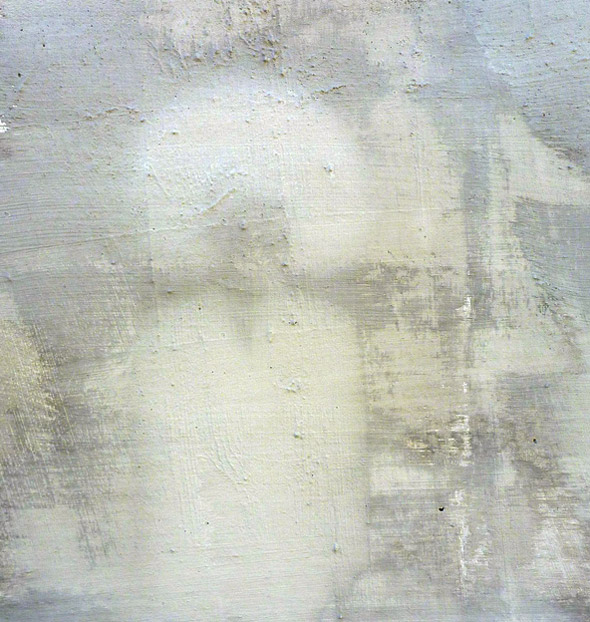 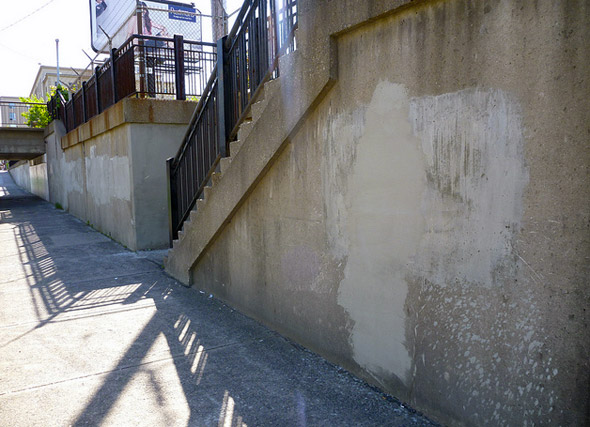 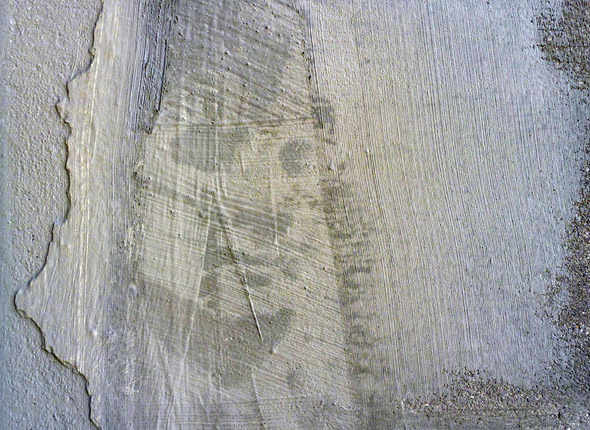