Pentimento's latest exhibition features the work of G. Elliott Simpson, who presents a series of photographs that's both mythical and macabre â mythical in the sense that the male form is depicted in near superhero-like proportions, and macabre insofar as there's a definite sense of unease communicated by the dark, generally faceless subjects.

Speaking to Fab Magazine, Simpson describes the show as follows: [it's] based around the idea that my work is a cult that I've created. There's an insular feel to it, like if you walked into the freemasons' guildhall and there's pictures of past members. The fact they are all black and skeletal makes them look like they all belong in the same secret society."

PHOTOS OF THE SHOW 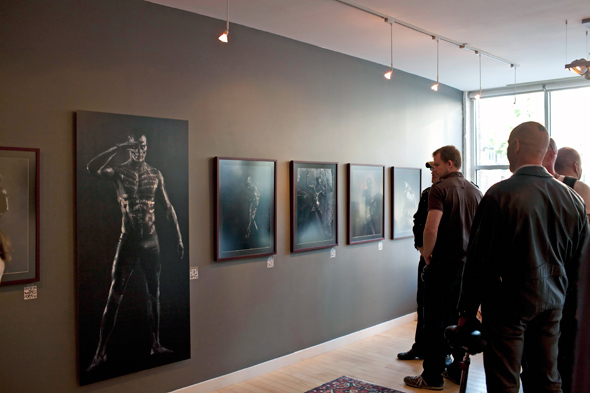 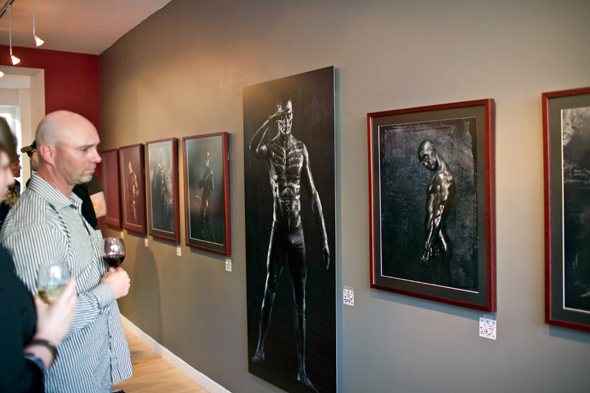 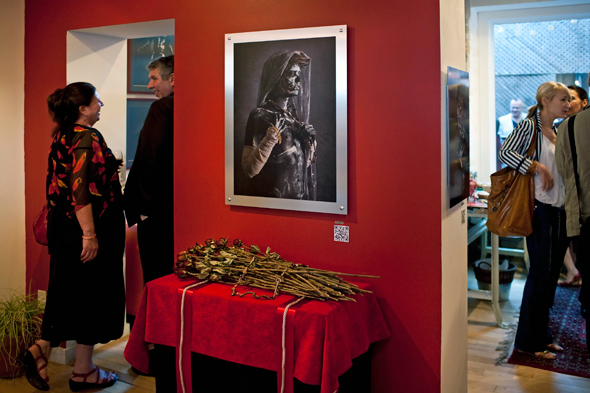 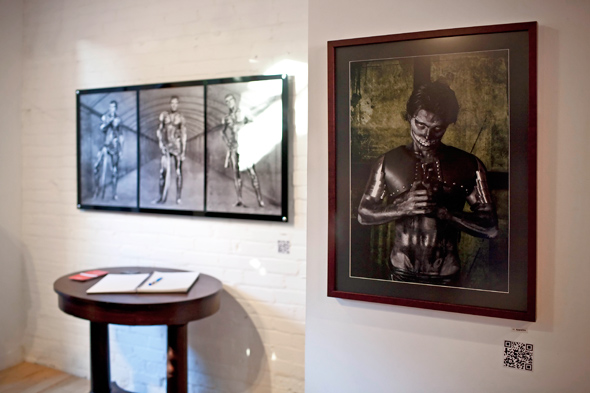