Fordzilla is back on the rampage, and this time he's brought a friend in the form of Harper Kong. The second (and we're told last) installment in a series of Fordzilla paste-ups, this new piece is a bit more difficult to make sense of in terms of its thematic target. Last time Fordzilla was seen to be eating spray paint, streetcars and bicycles, which, you know, made sense. Perhaps this new piece is a reference to the selling off of Toronto Community Housing properties?

I doubt it. Given that the title of the work is the "Final Rampage," it's more likely that this is an apocalyptic take on just how bad the the artist believes life under these two leaders might be. If that's the case, don't be surprised to see a Tim Hudak-inspired paste-up eventually make its way onto a wall somewhere around town. Oh, and if you think the Fordzilla series has been unfair to the mayor â which, depending on your perspective, could very well be the case â there's less flattering mayoral graffiti out there, to be sure.

As someone pointed out on Twitter, this piece is almost definitely inspired by the 1986 video game, Rampage, in which each level is completed when a city is reduced to rubble. Rather fittingly, the game also features a third character over and above the Godzilla and King Kong look-alikes. So perhaps Tim Hudak is indeed due for the Ralph treatment one of these days...

More pics and video of the installation 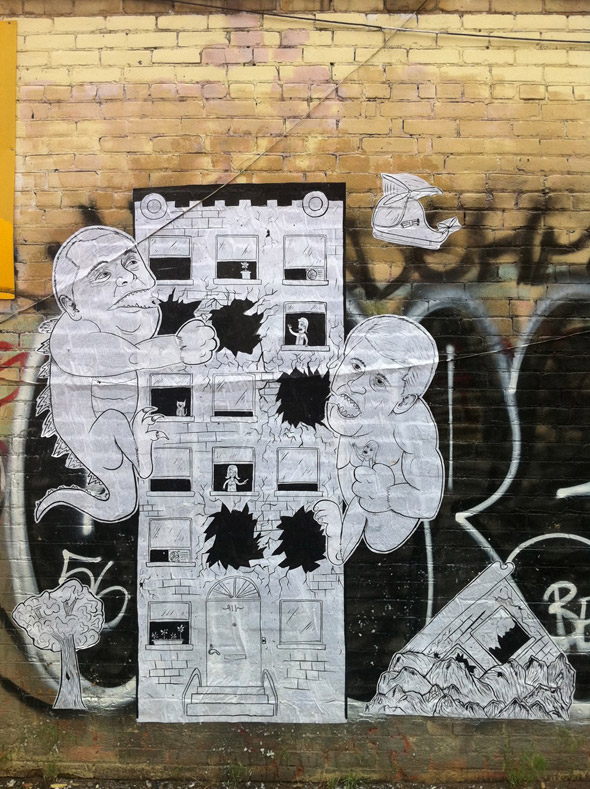 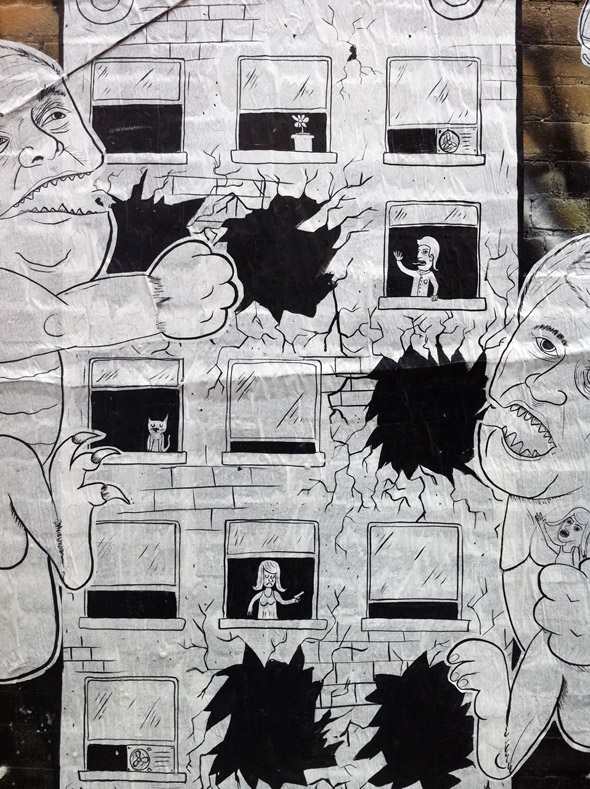 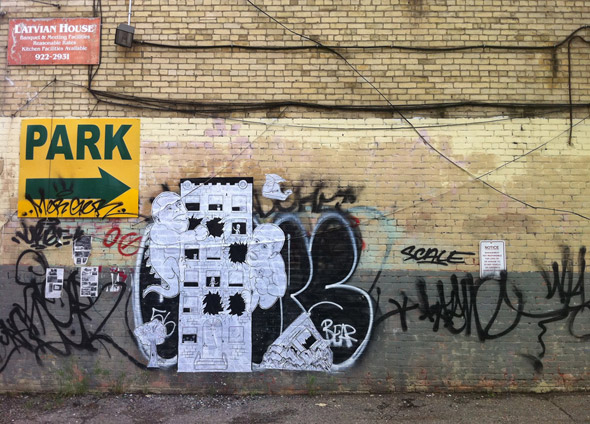