Charlie Sheen's impromptu bipolar awareness walk played out mostly as you'd expect. While it was a bit of a media circus, and grabbed the attention of a host of curious onlookers on their way home from work, in the end not a whole lot happened. Still, Sheen was in decent form as he marched from the Ritz Carlton to his second Toronto show at Massey Hall, giving out high-fives and explaining (once again) that he's not, in fact, bipolar but "bi-winning.

As for the walk's declared purpose â to raise funds for the Organization for Bipolar Affective Disorders (OBAD) â the modest following (about 100 non-media types) led Sheen to joke at that he probably only raised $10 or so. Oh well, insert predictable joke here. 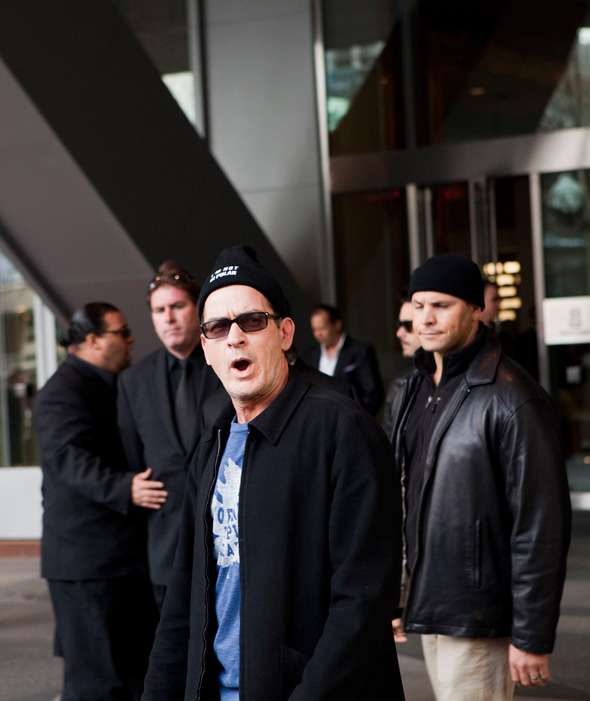 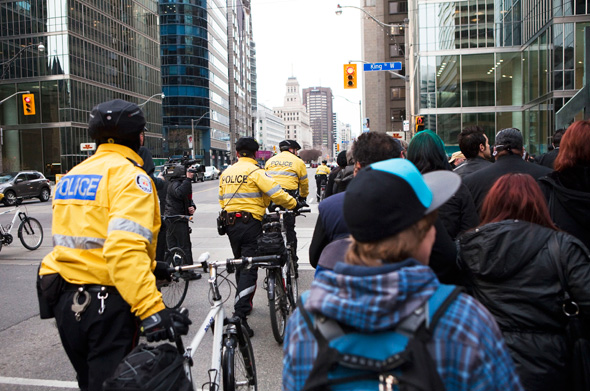 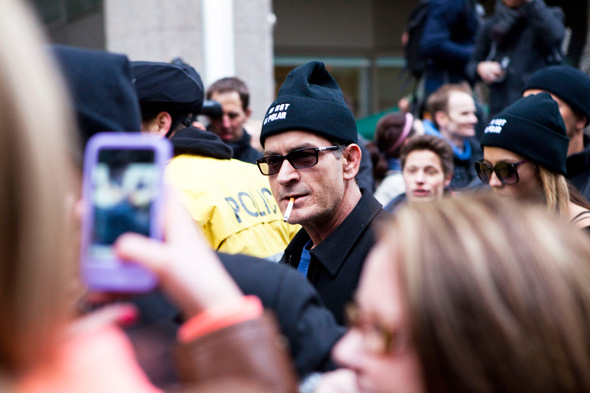 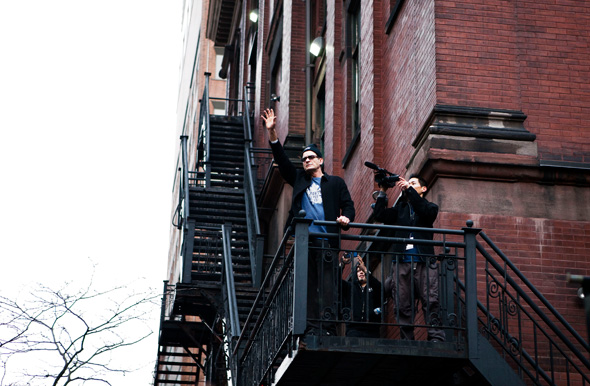