Edward Burtynsky's recently opened Oil exhibit at the ROM is as visually stimulating as photography gets. The collection of 53 large format images offers a good overview of a subject that's occupied the Toronto-based photographer for the better part of the last 12 years. Fans of of Burtynsky will recognize images from previous exhibitions dating back to his first Manufactured Landscapes exhibit and beyond, but there's also a healthy dose of recent prints that takes his fascination with oil in a slightly different, more human direction. 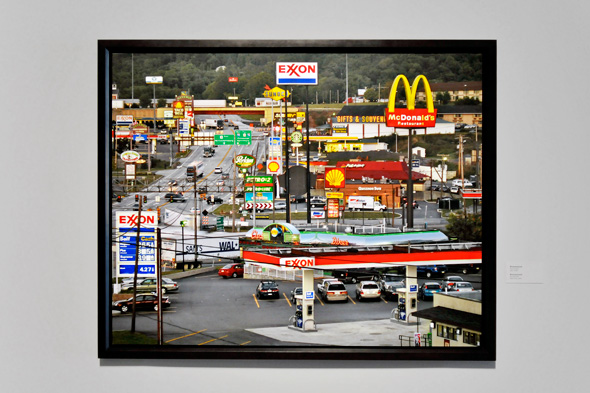 Typical of Burtynsky's work, it's easy to get lost peeping at the minute details contained in each of his photographs, some of which reach two metres in length. But once one gets over the initial awe induced by the scale of the images, more difficult questions arise when considering the body of work on display. What, after all, is Burtynsky up to with these gorgeous but often horrifying photos? 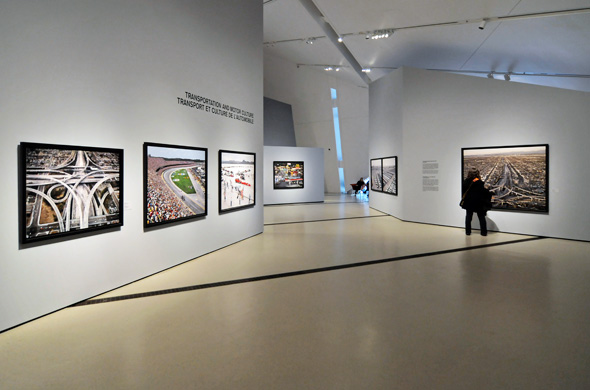 Paint-by-numbers-critics are always eager to claim that Burtynsky's work doesn't feature moral judgments, but such observations are as lazy as they are inaccurate. Even a passing consideration of the photographer's subjects over the period covered belies this convenient interpretive frame, one which the artist has notably sought to regulate over the course of his career. While the elevated camera position Burtynsky almost exclusively adopts seems to position his gaze as disinterested, the vast majority of his Oil photos are explicit considerations of the spectacle of consumption — on both a social and natural level. 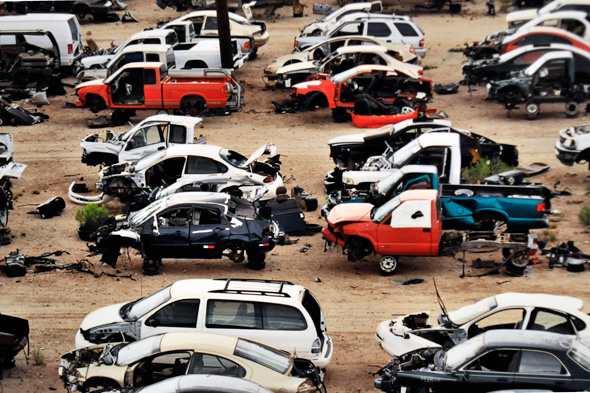 The juxtaposition of rows upon rows of gasoline-sucking motorcycles at a KISS concert with desert landscapes dotted with oil derricks as far as the eye can see doesn't make for a particularly neutral pairing. Similarly, the photo(s) of thousands of freshly built Volkswagons waiting to be shipped to their respective dealerships is tied to the scene of an autowrecker in Arizona whose inventory looks conspicuously young. As is often the case with Burtynsky's work, the selection of photos is orchestrated in such a way that the viewer is compelled to ask "what's going on here" and, more pointedly, "what are we doing to ourselves?" 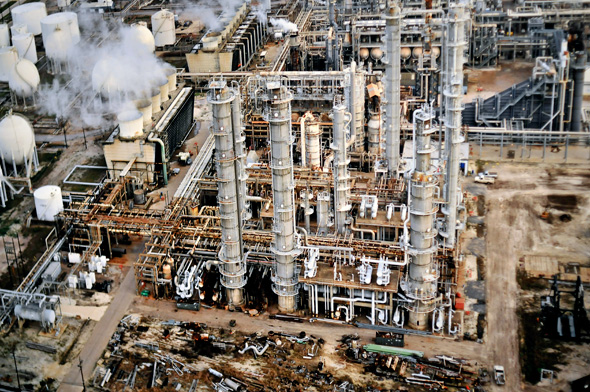 These are important questions to ask, but they clearly don't derive from what might be called passive photographs. While the viewer is left to draw his or her own specific conclusions about the scenes on display, there's at least a little hand-holding going on here. There's nothing really wrong with this — Burtynsky does, after all, mostly resist overt didacticism — but as I've said before there's something dissatisfying about the simplicity of his program. 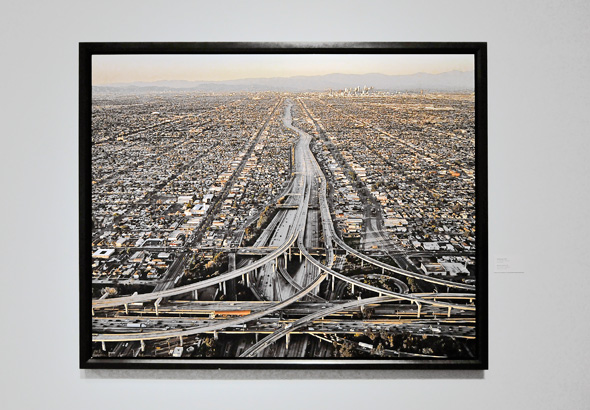 For all the import given to the artist's putative "oil epiphany" — a key moment described in the Jennifer Baichwal film (also called Manufactured Landscapes) that's done so much to mythologize Burtynsky's career — these photographs are thoroughly predictable. Don't get me wrong, few in the business do large scale prints better, but like a gigantic tree felled by heart rot, when you look closely, the underlying structure is mostly hollow. Photos of oil fields, tire heaps, car factories, highway interchanges and industrial plants offer a visually stunning but ultimately conventional window into the world of oil production and consumption. 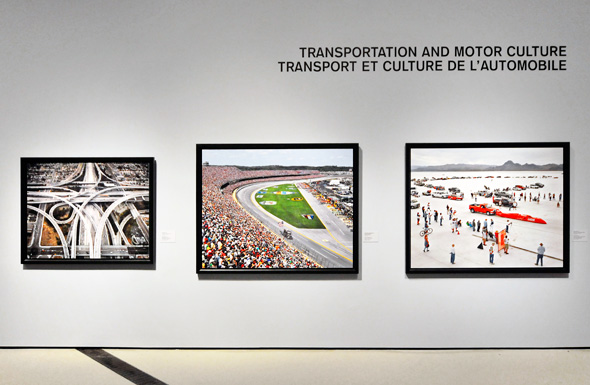 And while the addition of a more obvious human element is visible in Burtynsky's more recent work, there's not much by way of subtly in his photographs of NASCAR races, gasoline alleys and biker parades. Burtynsky's last Toronto exhibit, which featured works on the BP Oil Spill, on the other hand, worked so well because the photos were fresh and almost surprising in their straightforwardness. Not only that, he was one of the first photographers to marry the scale of the disaster with large format prints.

Leaving the gallery after that show opened, I was of the opinion that these more journalistic photographs represented a natural evolution of Burtynsky's work. That's why it's a shame that they're absent from this themed retrospective. What the viewer does get here is an extensive collection of drool-worthy images that come up a bit short in terms of challenging viewers to conceive of oil in ways not typically considered or discussed. 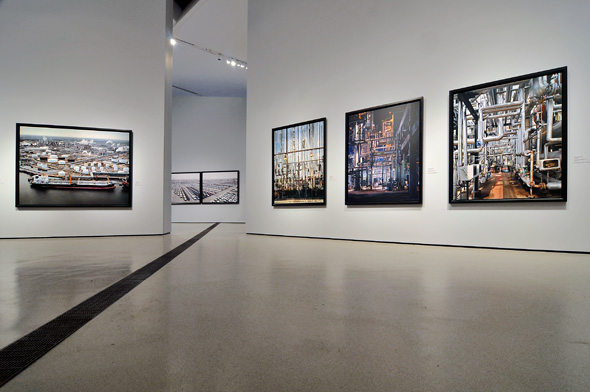 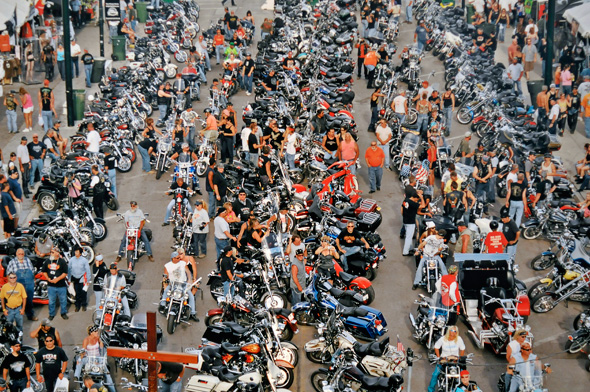 Oil runs until July 3rd at the Royal Ontario Museum.

Photos four, five and nine are details of larger prints. All photos by the author.