NOW Magazine probably doesn't need any more attention for last week's Rob Ford cover piece (which certainly made waves), but this series of reworked versions of the accompanying art is just too funny to pass up. Less an angry dig at the publication than a playful little poke, artist Shayla Duval tells me that "clothing Ford is how [she] publicly disapproves of the way newspapers sometimes slack on more constructive political discussions in favour of cheap shock or celebrity value."

When asked about her wardrobe selections, Duval replied that while the outfits aren't really all that important, she's aware that it's somewhat strange to "draw Ford as Fred Flintstone and still call it standing up for him." On the other hand, it does make some sense. Criticism of the mayor is fine, she thinks, but there is a line. "NOW Magazine's choice of cover was obviously meant to take a stab at Rob Ford, which is fine in principle, except instead of keeping the focus on political issues they zeroed in on something personal and potentially sensitive."

As much as the reaction to the cover may have been overblown â the intentionally shoddy Photoshop work underscores the degree to which it was a joke â Duval's response is undeniably charming for the lighthearted nature of its criticism. I'd be happy to give her a few (web) pages of blogTO to work with the next time I get a little too liberal with the clone tool.

Check out her illustrations below. 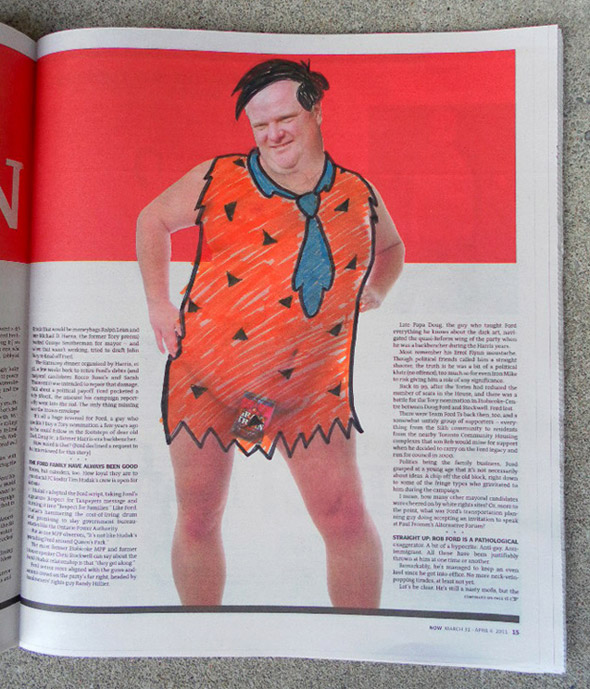 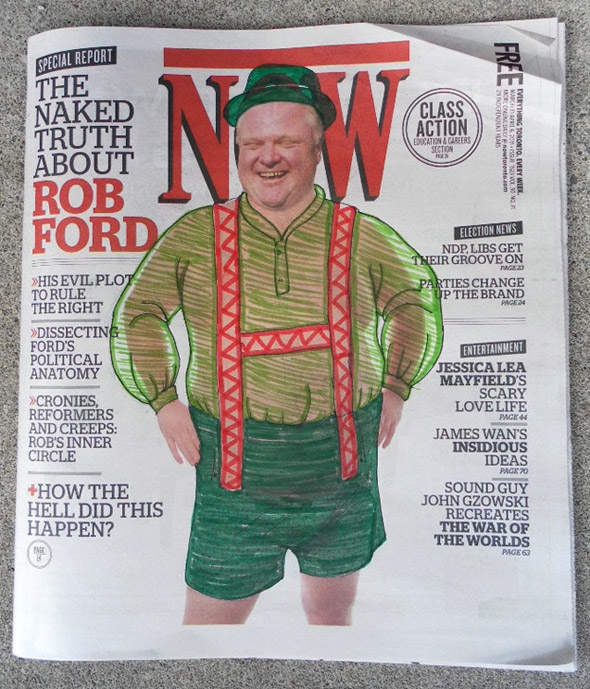 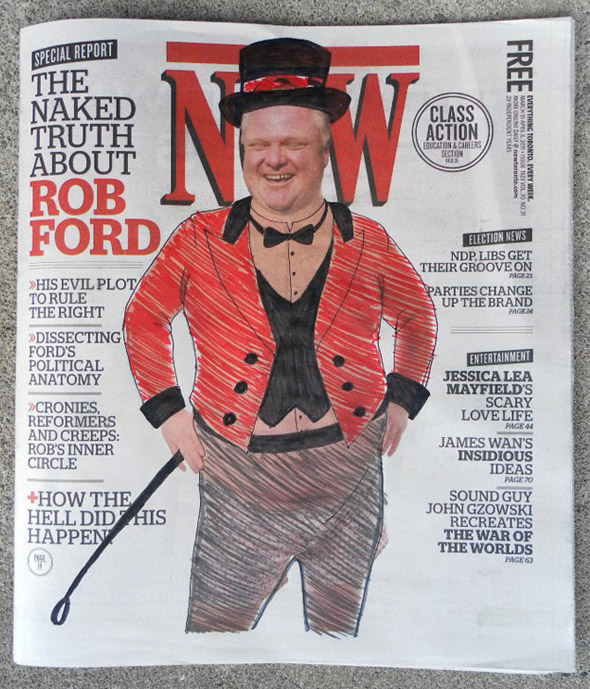 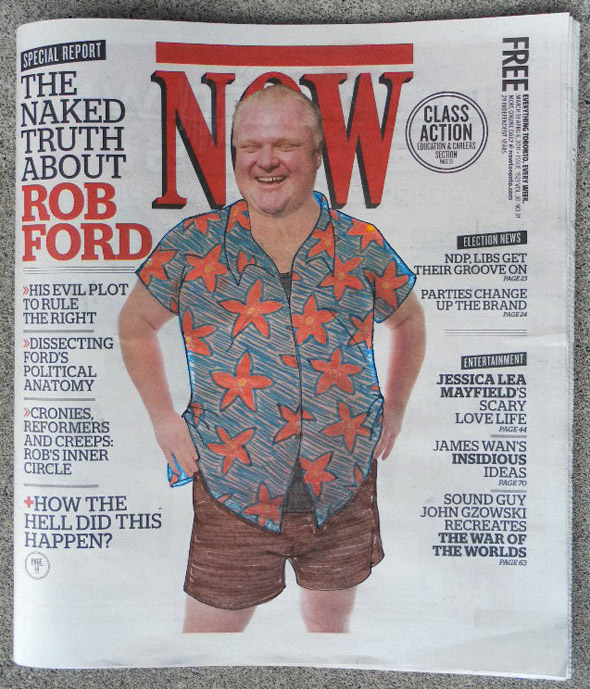 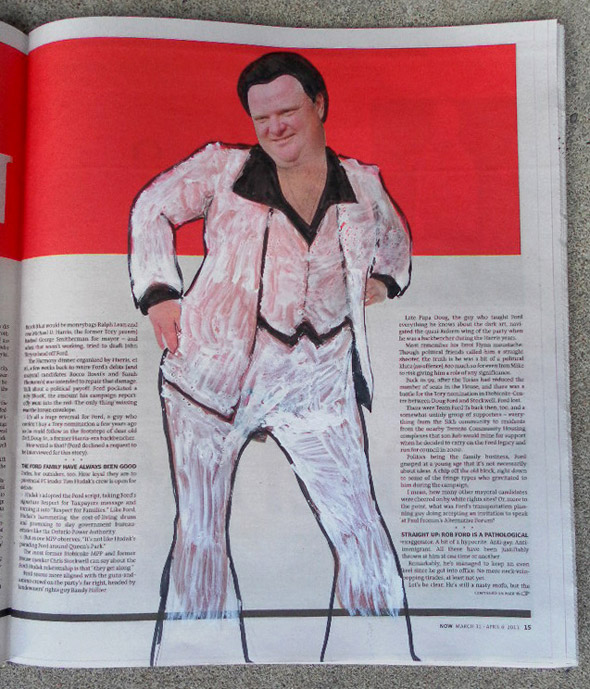