Kollaboration is not simply a talent show. In fact, it's not really a talent show at all. Of course, I didn't know that before walking into Queen Elizabeth Theatre at Exhibition Place Saturday afternoon. I had browsed the Kollaboration website beforehand and watched some of its Youtube clips (embedded below), and garnered that I was going to watch a regular set of performances with one unique particular; that is, all the artists would be of Asian background.

But that notion of Kollaboration is superficial at best. Firstly, the annual event is more of an exhibition of talent than a competition. This year, organizers arranged for five "contestants," who were selected after auditioning in January, to perform alongside five "guests," many of whom already have considerable followings and were recruited by the Kollaboration team. Together, this group puts on a phenomenal show for more than 1,200 people, the goal being, according to Kollaboration's mantra, to provide "empowerment through entertainment." 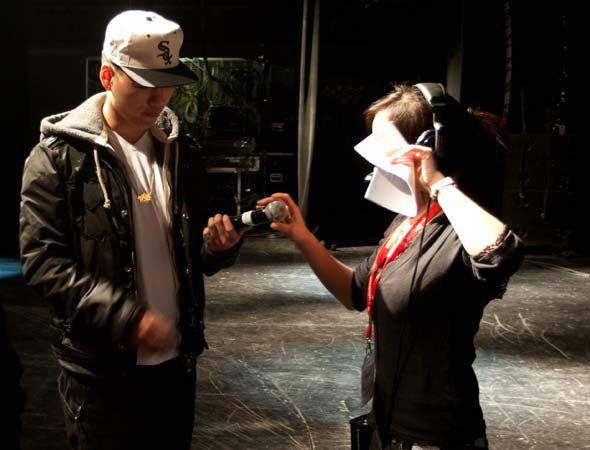 Not of Asian background myself, I knew I wasn't fully understanding the motivation behind the close to 60 volunteers who have donated their time and energy to put together the show when I first walked in the space, so I sat down with Paul Shin to try to get the bigger picture. Shin is part of DreamTree Community Productions, the group that brought Kollaboration to Toronto back in 2006.

Originally started in L.A., Kollaboration began as a showcase of Korean talent in 2000 before evolving to the Pan-Asian production it is today. Held in 10 cities across North America, the Toronto show is the only Kollaboration in Canada. "It was actually Simon who brought it here," Shin tells me, referring to Simon Park, the founder of DreamTree who sought to bring Kollaboration to Toronto.

"Back then I was a finance major; my friends and I were headed toward the "typical" Asian careers, but we had passion for other things," Shin, who is now a high school teacher, continues. "We saw that Kollaboration was inspiring youth to perform and take the stage. It was a safe space to embrace something a little different."

Marketing Director Sarah Pyo expands on the same idea after we watch the Geekfreaks dance crew, who will be guest performing later in the evening, rehearse in the theatre atrium. "There's not a lot of Asian Americans or Asian Canadians on the stage," she says, adding, "and I'm taking about mainstream entertainment."

I can see where she's coming from, even if names such as Justin Nozuka or Bruno Mars have just started to challenge the trend. "So with Kollaboration, we want kids to come out and say 'Hey, there are young people who share my background who have so much amazing talent.' Really, it's about not getting bogged down by stereotypes."

And there were certainly those challenging the stereotypes at Kollaboration last night. J.Reyez, for one, who took the stage to the impassioned screams of the audience, is quickly making a name for himself in Canadian hip-hop with over 112,000 Youtube subscribers and more than 2,000,000 channel views.

And then there was Clara C, another Youtube sensation who was flown in from L.A. to showcase her vocal talent last night. They shared the stage with other guests and the lesser-known contestants including Wayne Park and Dennis Lee of Piano On The Beat, who performed a beatbox/piano compilation, as well as acoustic soloist Patrick Simeon.

"It's definitely a great time and a lot of fun to watch," Shin tells me. "But more than that, it's meant to inspire."

"The goal of DreamTree via Kollaboration is to inspire the community," he continues. "It's about not being underestimated and showing off your potential. Basically, we're saying, 'The movement is happening, so join us.'"

Here's a look at some of the finalists: 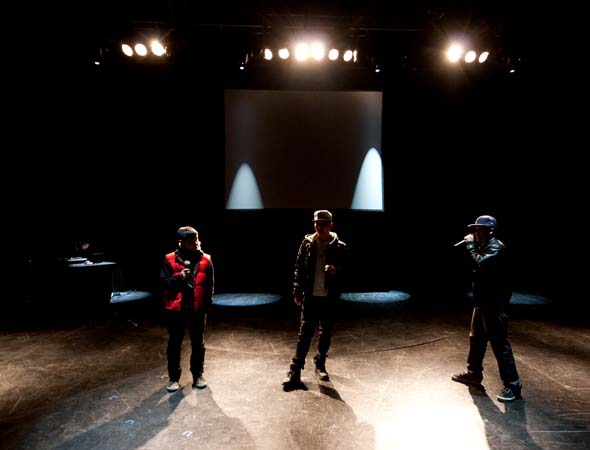