The LOFT brings change to Christie and Ossington

I've passed by the south pool wall mural at Christie Pits countless times, but never thought much to where it came from. "Ah, an octopus," I'd think (deep, I know), and keep on walking. Only last night, I learned the story behind the graffiti-inspired mural, and discovered it was part of a three-pronged social enterprise aimed to foster the skills, creativity, and entrepreneurship of Toronto's youth.

Yesterday evening, the LOFT Youth Centre for Social Enterprise and Innovation launched its Capital Campaign to raise funds for its new building at 850 Bloor Street West. Operating under the Christie Ossington Neighbourhood Centre, LOFT--which stands for Life, Opportunities, Food, and Technology--was created in 2001 and is now on the hub of a major transition. Hoping to raise $950,000, LOFT launched its campaign last night, teaching friends, family, and visitors such as myself exactly what it offers for the youth of Toronto. 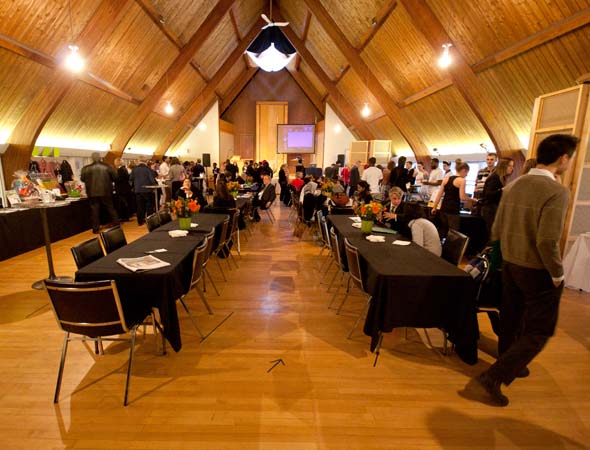 In short, LOFT is about providing youth (many of whom are at-risk or face institutional barriers) outlets for their creativity, as well as mentorship, marketable skills, and career exploration. It is funded through government grants, private partnerships and donations.

There are three social enterprises that form LOFT's core; Under the Radar Design, the LOFT Sound Studio, and the LOFT Kitchen. These three enterprises unite staff, mentors, volunteers and youth to not only give direction to young people need guidance, but also giving back to the community. 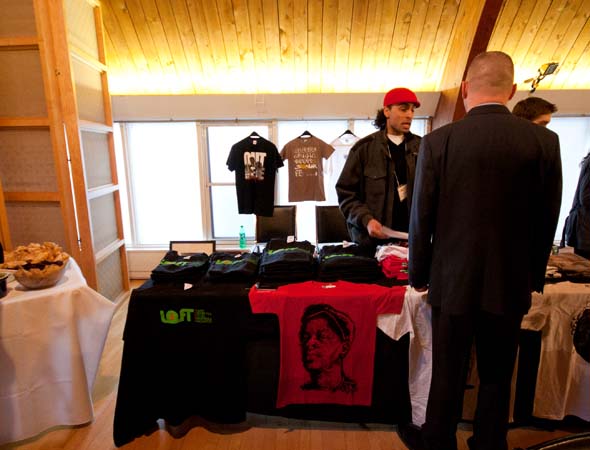 I first met Danilo McCallum who works with Under the Radar, the clothing and design enterprise at LOFT. Started in 2009, Under the Radar is essentially a design company employing community youth to learn about and create graphic print materials, web pages, clothing design, and murals. McCallum is involved with the mural initiatives, which has partnered with the City of Toronto's Graffiti Transformation Program to paint murals over bare or graffiti-laden walls (see "octopus," above).

"Basically, we just want to get youth involved in good projects in the community," McCallum says. "We use that graffiti style, and create these really cool art projects." Under the Radar was approached last year by a business owner to paint a Venice scene on a wall by Montrose and College. "It prevents graffiti, so sometimes, business owners come to us to ask us to paint something." 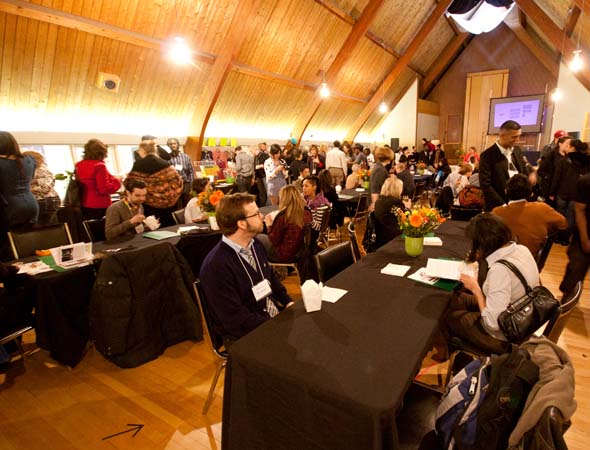 And other times, Under the Radar is tipped off to space. In fact, its website asks readers to contact the coordinator "If you have a vandalized wall that you would like painted over with a beautiful mural." Under the Radar also creates custom t-shirts for local businesses and has its own clothing line.

Next, I met Spencer Muscio from LOFT Sound Studio, which was created in 2007 and provides free studio time to aspiring artists. Muscio, known as "Moose" at LOFT, first got involved with the Sound Studio as a youth looking for a co-op placement in the Christie Ossington neighbourhood.

"There was totally nothing there when I started," he tells me. "But little by little, we got more equipment, then built a booth, expanded the room, and here we are." 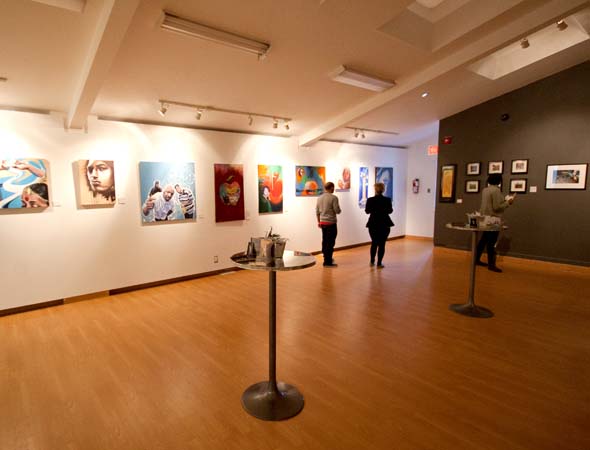 The LOFT Sound Studio now offers workshops, training in songwriting and producing, as well as 12 free sessions of studio time to area youth. It has also produced four LOFT Music compilation CDs, with artwork designed by Under the Radar, which are sold out of the studio and from stores in the area.

"For a lot of troubled youth," Moose says, "rapping can be a big outlet. This gives them a chance to record, something them might not have otherwise."

The last enterprise I checked out at the LOFT event is also the newest: LOFT Kitchen. Started about six months ago, the Kitchen will operate a cafĂŠ, boutique and art gallery out of the new space on Bloor when it's completed. The youth employed by the LOFT Kitchen (about 12) will work for six months, learning about food preparation, service, and marketing, as well as operate the cafĂŠ, which will be open and serving the public. 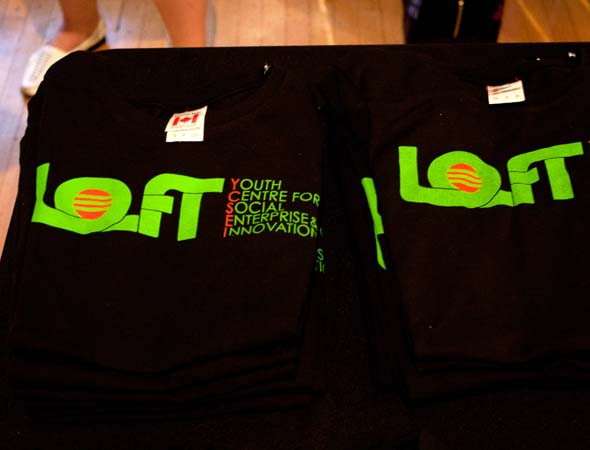 "We've collaborated with various partners to get this off the ground," Erica Thomson tells me. "One of those is the Backyard Growers' Initiative, where people donate their backyard space for us to grow produce that will be used in the kitchen."

According to Thomson, the youth who have worked for the Kitchen have not graduated high school, and many come from shelters.

"The other thing is that along with skills, we're giving these kids access to good food, something they might not be able to get," she says, adding that the Kitchen will be focused on preparing healthy, sustainable food. "And we'll be sort of the face of LOFT, working the closest with the public, which I think is good. People don't always put a lot of faith in these kids."

Fortunately, though, there are some who do, as evidenced by the over $120,000 raised for the campaign so far. And the LOFT community is hopeful they will find the resources to keep these three enterprises going. What's certain, though, is I probably won't just think, "Ah, an octopus," the next time I walk past Christie Pits again.