Highlights from the Artist Project Toronto

Produced by the same company that does the One of a Kind Show and the Toronto International Art Fair, the Artist Project Toronto comes pretty much as advertised: 200 artists, one venue, four days. That's not a criticism, per se, but as with all shows of this kind, there's a profoundly wide range of styles and talent levels on display.

For the prospective collector, this is likely a good thing. You're bound to find something you like with so much to choose from. On the other hand, for the visitor who's bought a ticket with the expectation of seeing contemporary fine art, the show might be a bit underwhelming. While there are some exciting and challenging things to see, there's also altogether too much Group of Seven-derived landscape work.

The best strategy when paying a visit, then, is to cruise around all the exhibits quite quickly before returning to the stuff that really catches your eye. This way it's possible to spend most of your time chatting with artists about their work, rather than taking in the booths that doesn't really do it for you.

Toward that end, here are a few of my highlights (though this is by no means an exhaustive list). 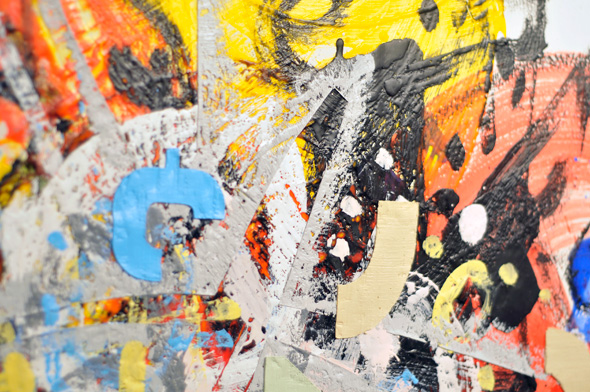 My first stop was to David Brown's booth. He works in encaustic, and being familiar with his stuff, I thought I'd see what he's been up to lately. Wow. Big changes. Brown's work used to be quite indebted to landscapes, even if it was abstract in nature. Lately, however, he's made the natural progression towards what he calls "inner landscapes." Abstract Expressionist in style, there's something about encaustic that just suits this mysterious subject matter so well. 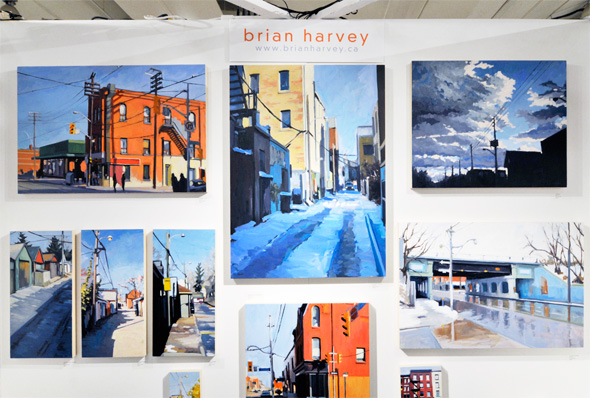 One of my goals while strolling around the show was to see if I could find any Toronto-themed paintings. With photography having become the dominant form devoted to the urban landscape, I tend to enjoy images of the city captured in other media for the degree to which they defamiliarize what is for me very common subject matter. Best in show in this capacity was the work of Brian Harvey, who's Edward Hopper-ish work offers an endearing portrait of old Toronto. 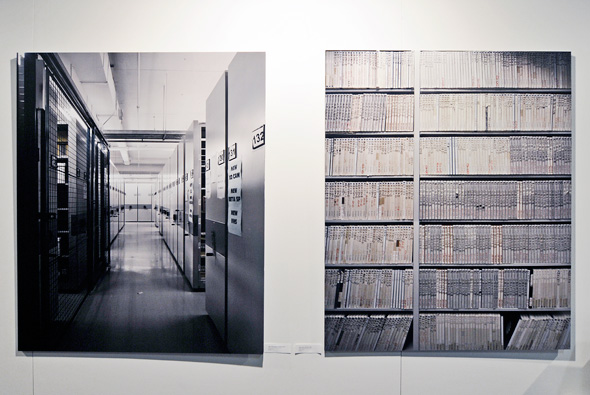 There's plenty of photography on display at the Artist Project, most of which is quite beautiful â but none is as thought-provoking as Kate Tarini's large prints of information storehouses devoid of an explicit human presence (though the signs of our desire for posterity are everywhere). Tarini's work was located in the emerging artist area, but her two pieces were my favourites of the day. 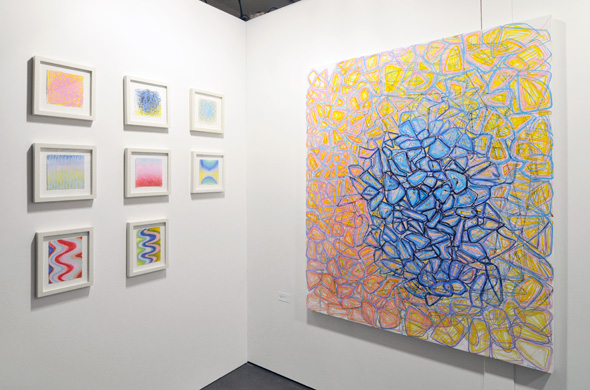 I was also taken by Nasco Pelev's work, though my response was probably more visceral than it was intellectual, which is the way it should be with abstract paintings. After a bit more thorough examination, however, I did get the sense that the large painting featured above was reminiscent of a cellular structure and thus hints at the complexity that lies beneath the surface of what may appear to be simple â hey, that's a pretty good metaphor for the artistic process in general, isn't it? 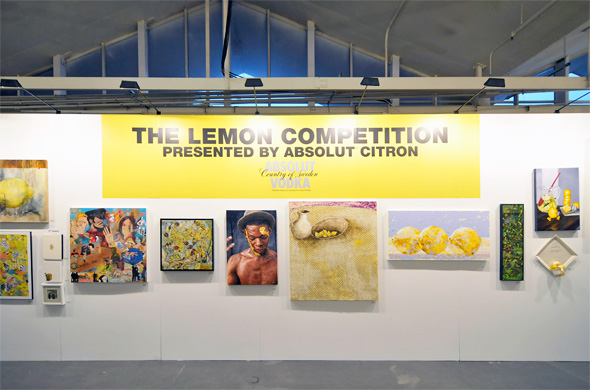 The Artist Project Runs until 6pm today at the Queen Elizabeth Building CNE. For pricing and directions, check the website.