This time around it's three shows with nothing much in common. But, hey, thematic criticism is dead anyway, isn't it?

Lake Effects at Arta from February 3-20 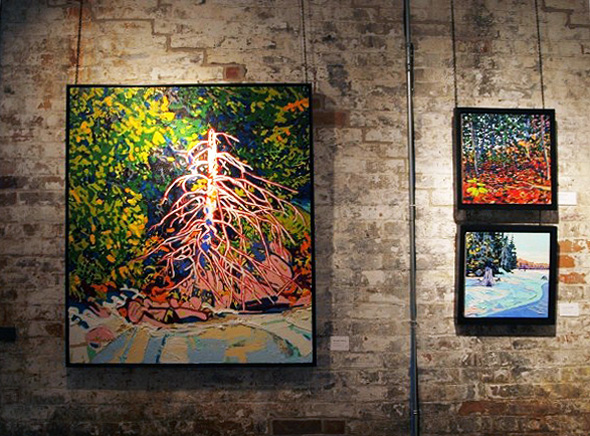 Picking up where we left off two weeks ago, the Group of Seven re-imagining happening in this city continues. This time in a very different way as seven artists revisited the old stomping grounds of Tom Thompson and the Group to repaint it. The results are on display at Arta Gallery. It's part of the ongoing trend of re-enactments and revampings that have become a common theme in contemporary art lately, though much more so in Europe than around here.

This time the group is composed of Jeremy Down, Gordon Kemp, Paul Mantrop, David Marshak, Steve McDonald, Christopher Roberts and Robert Saley. They operate under the name Drawnonward and cover a few different strategies which range from paintings similiar, if brighter, than Group of Seven originals, to some intriguing scuptural abstractions based on late Lawren Harris. It's not quite pastiche and it isn't the CanCon answer to Sherrie Levine but it's somewhere in between. 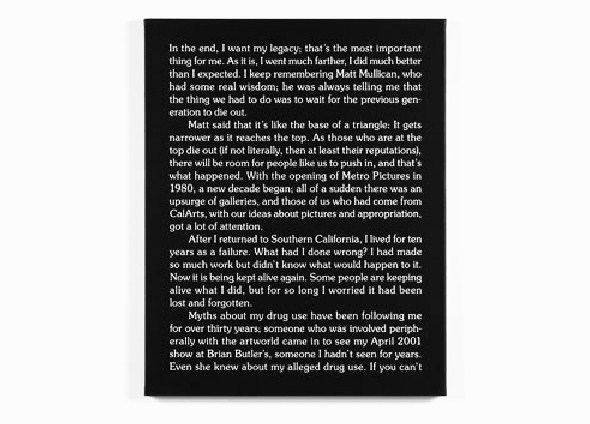 Ron Terada is probably best known for his text based works and that's mostly what you get at his show currently on display at Justina M. Barnicke. There's also some video and installation pieces but the medium does little to change the theme. Most of what makes up the show is a series of deliberately absent performances that blur the line between what constitutes an event and merely its recording. Absent musicians who only leave behind the sound of music. Absent art gallery exhibits that only leave behind ads for themselves. Records encased in glass so the music they hold is absent. And Terada's own autobiography, standing in for his absent body, rendered in white on black - a slightly farcical confessional about the desire for a beatification of banality. This delicately crafted piece spans two walls, lettered with a mechanical precision. The text has a strange charm, by turns funny and naive, but ultimately tinged by its presentation into such a deadpan form of humour that the laugh seems morose. 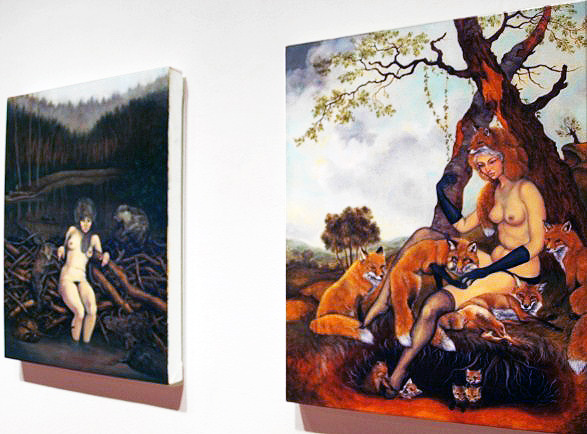 It's exactly what the title "Baker's Dozen" makes it sound like. A bunch of artists dropped in together in a big white box. While a lot of what is on display has either been seen around the city or is eerily similar to what has been seen, the show is still worth seeing because it's rare that you get such a dense group of good young artists packed together, albeit in a lazily curated way. Then again, maybe it's nice not to have to bother with much of an organizing concept, especially since half the time they don't work.

Also this week:Tibi Tibi Neuspiel and Sara Cwynar have their paean to consumer packaging on display at 107 Shaw. Pamela Goldfarb has some 'paintings' that contain no paint, just steel, rust, copper and wood at Engine Gallery and Nobuaki Onishi has brought some of his hyperrealist sculptures to Georgia Scherman Projects.

Terada image courtesy of the artist and Catriona Jeffries Gallery.