This time around there's an eerie bit of consistency as three shows play very different games with Canadian art heritage and how it still weighs on them. It's not as heavy as that sounds. 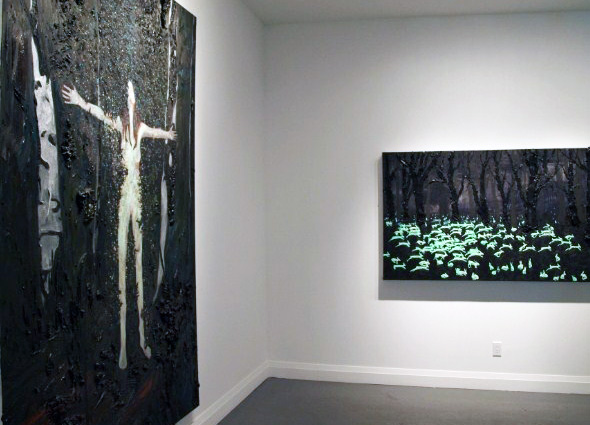 The ghost of Tom Thompson, martyr of Canadian painting, haunts the newest show by Kim Dorland at the Angell Gallery. For whatever reason, the Group of Seven are on people's brains right now, from recent shows by Diana Thorneycroft to Douglas Coupland's striking re-imagining of the Group currently on show at Clark and Faria. What Dorland gives is a glittery, quite literally glow-in-the-dark rendition of some of the peripheral elements of the Thompson myth combined with parodies of the tropes of the Canadian landscape tradition, tying them up with his own public persona and the play of painterly density that he's known for. 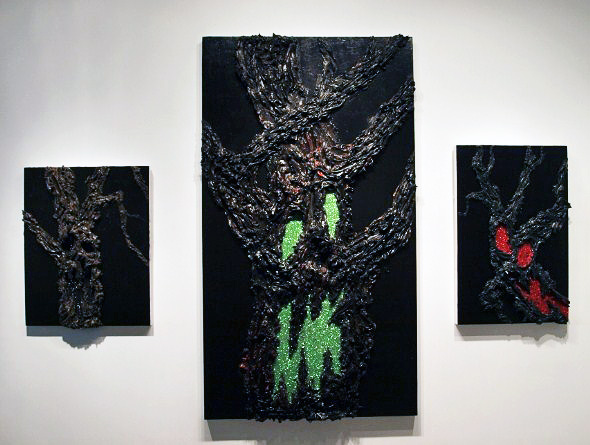 Dorland's impasto isn't as aggressive or expressive as usual, it's more sculptural and modeled. In fact, it's more like going to a burlesque show than looking at paintings - lots of cleavage, lots of curves but no actual nudity. Instead, there's a caking on of nostalgia and exaggeration to the point that it becomes campy. But even with all of the over the top hyping of things present, there's a certain sincerity and longing that percolates beneath the welters of oil paint. 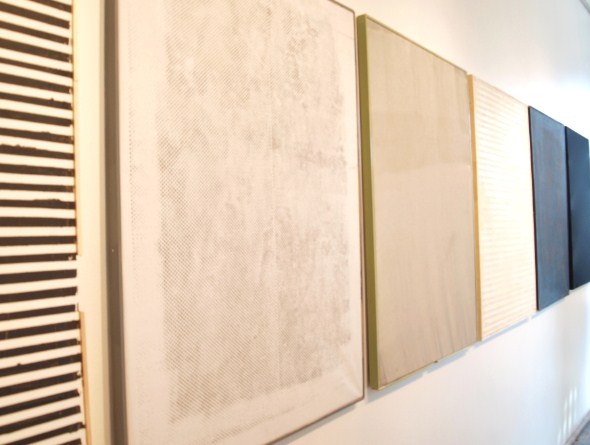 Hugh Scott-Douglas carries on the revisiting of modernism in his new show at Clint Roenisch. Also, strangely enough, he carries on some of the use sickly green from the Dorland show, tuning it up slightly. The garish colour is offset by a lot of grey and black. The most striking pieces on display, however, are those done using moire to create a fantastically skittish surface. There's no glitter, but there are painted mirrors. 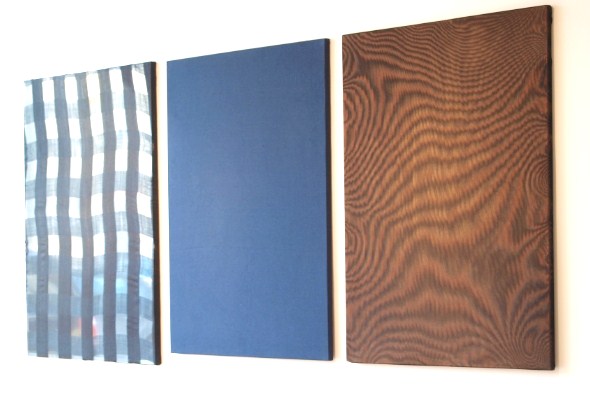 The show takes its name from the famous parlor game though it is really a set of games with the history of minimalism and op art that are at work here. Numerous styles are represented, minimized and rehashed with consistency to span the walls. It feels almost like entering a museum's natural history diorama, if they taxidermied art movements instead of animals. 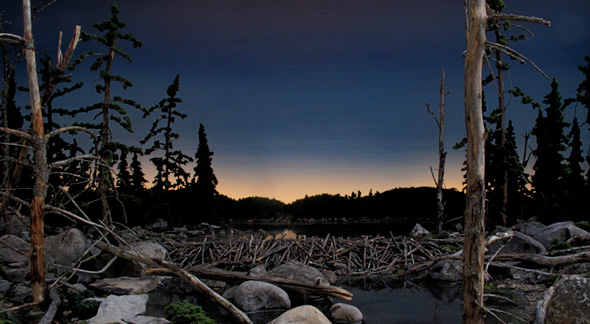 The ghost of Tom Thompson may have also paid a visit to the Susan Hobbs Gallery as well. When you enter Robert Wiens' new show there, the entire bottom floor of the gallery is an empty narrow white box, that is until you get to the other end and discover a remarkably detailed and evocative diorama situated within the wall. It shows a beaver dam stretching across a forested landscape that looks unmistakably like those Precambrian paradises favored by Thompson. When you encounter the second piece in the exhibit, located up the stairs, the contrast is rather perplexing. The second piece is a maquette for an imaginary piece of Brutalist architecture, though in highly anthropomorphic form. The side of it is hollowed out so that you can see all of the stairs running up and down the body through its vacant rooms. Combined with the piece below, they provide an odd meditation on Canadianness.

Opening this week:
If you want more landscape works you can get a different take on them at the Propeller with the group show "Scapes." Muse Gallery will be showing the mixed media paintings of NahĂşm Flores and the sculpture of Susan Valyi. "Drawnonward: Lake Effects" is a group show dedicated to the legacy of the Group of Seven and their ongoing influence. It will open at Arta on February 3. And Luis Jacob's "Pictures at an Exhibition" opens at MOCCA on Friday.