Plotting a City, a group show on now at the York Quay Gallery, isn't as visually stimulating as one might expect a cartography-based exhibition to be, but the mental images it fosters more than make up for this initial let down. Made up of single works by eight artists, the show challenges viewers to think about Toronto's topography and street-scape in ways that aren't burdened by the linearity of traditional maps.

Take, for instance, James Redekop's GPS map, which charts 12,000 kilometres worth of cycling around the Toronto area. A longtime favourite of mine, this animated sequence highlights the joy of exploration that was once so central to cartographic efforts. Not really use-oriented in anyway, the haphazardness of the plotting is a reminder that we never really experience the city in it's entirety at any one given moment (trips to the CN Tower aside). Rather, we're constantly in the process of "drawing" our own versions of Toronto as we go about our lives.

Shawn Micallef's Twitter-based observations — presented on a video screen as a combination of text updates and on-the-fly photos — also underscores the experiential nature of our understanding of city life. In the (intentional) absence of any obvious organization, these observations are all about paying attention to the nuances of the urban milieu and the little rewards that accompany such awareness. 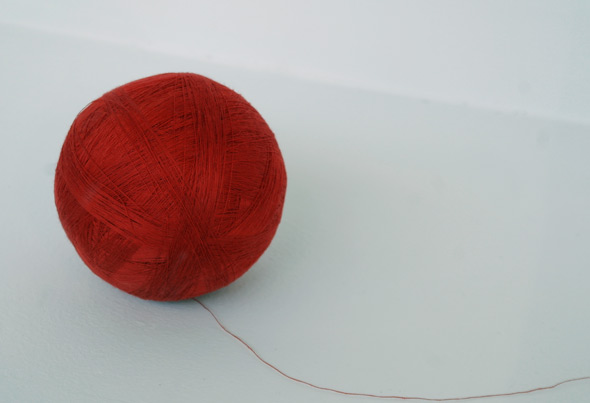 If there is thus a connection between each of the show's pieces, it involves the scale at which Toronto is plotted. Maps come in all sizes, but these efforts are generally intimate or individualistic in one way or another. The best example of this, and perhaps the strongest piece in the show is Sandra Rechico's red ball of yarn, which quantifies the distance between the artist's house and York Quay Gallery. It's a simple concept, but it's also tantalizing — how big would my ball of yarn be, one is forced to wonder.

There are no bird's eye surveys here. These works are intimate in a way that few maps are. And more than anything, they document what Michel de Certeau calls the practice of everyday life, down on the ground and in the streets. "The ordinary practitioners of the city live down below," he writes. And their travels "compose a manifold story that has neither author nor spectator, which is shaped out of fragments of trajectories and alterations of spaces..." 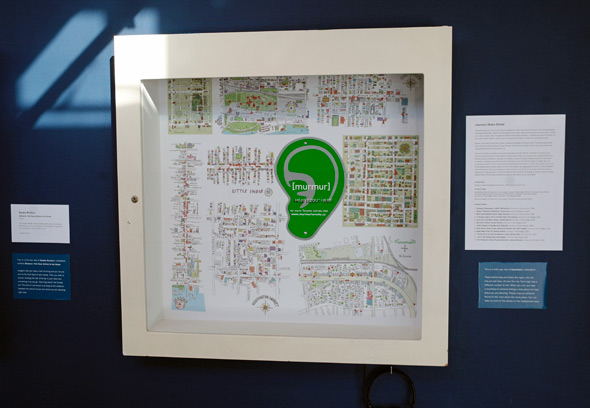