Photos of the 2011 No Pants Subway Ride

The 2011 Toronto No Pants Subway Ride took place Sunday afternoon, much to the delight and horror of TTC riders across the system (little did they know, the really scary thing would happen today). Organized by Improv in Toronto, this was the fourth edition of the vent, which, judging by the photos, looks like it had even better attendance than in years past.

Participants gathered at Queen's Park at 3 p.m. before heading over to Museum Station where they entered the subway system fully clothed. After boarding trains in smaller groups, the pants eventually came off. But rather than advertise the oddity of their optional clothing choice, the pant-less were given the following instructions: "Act you normally would. You do not know any of the other pantless riders. If questioned, tell folks that you forgot to wear pants and yes you are a little cold. Insist that it is a coincidence that others also forgot their pants. Be nice and friendly and normal."

Improv, indeed. Here's how it went down. Lead photo by Henry Chan. 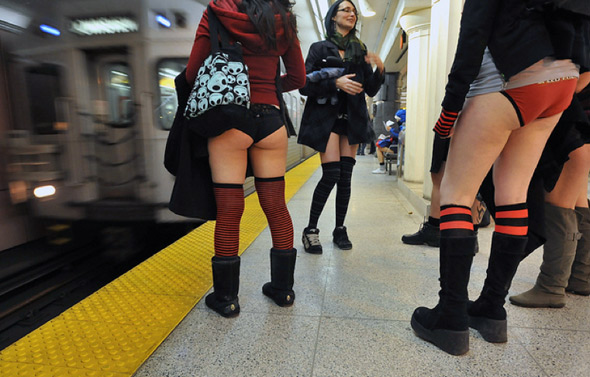 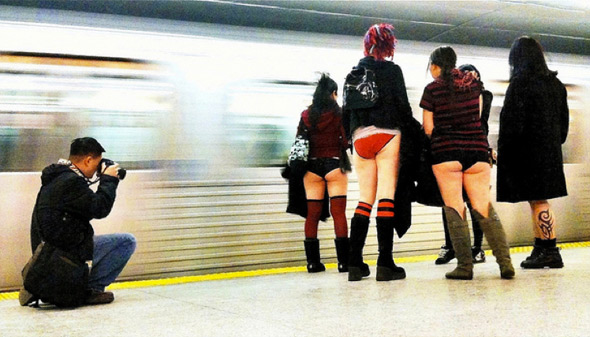 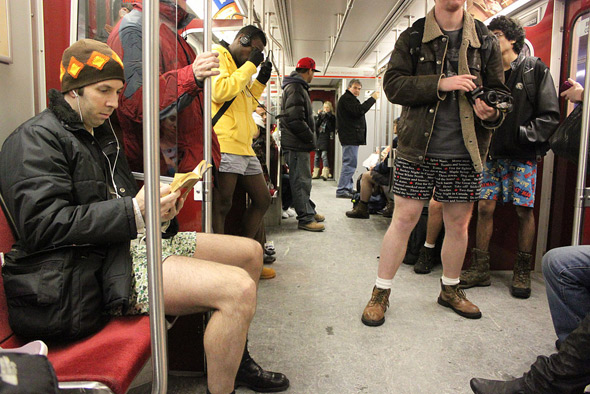 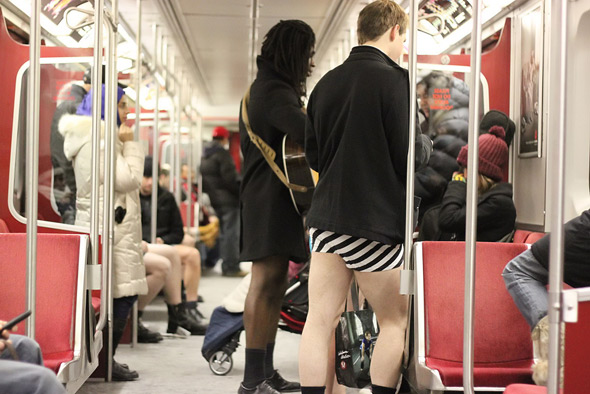 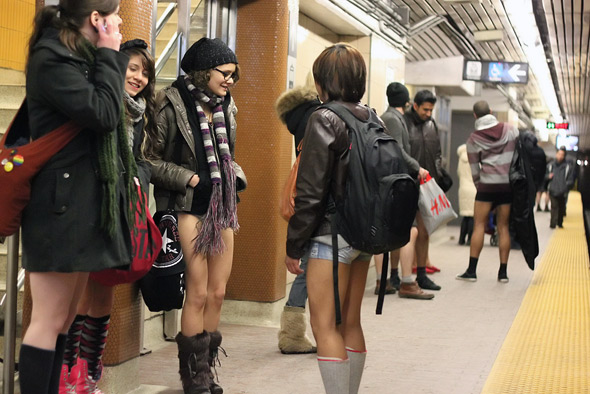 And one more from vitaminwater canada. 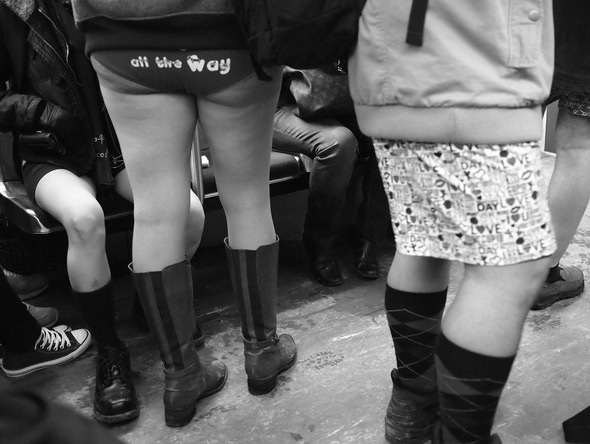 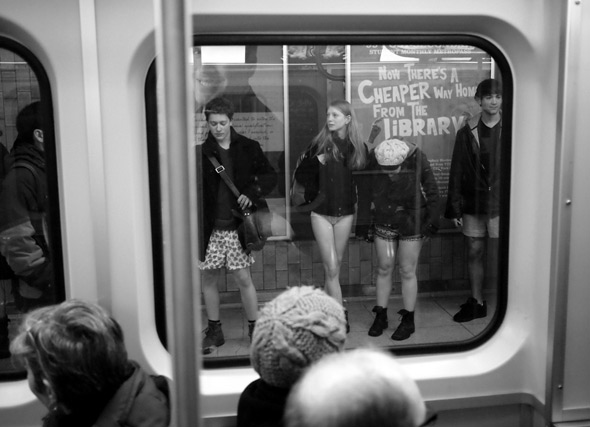 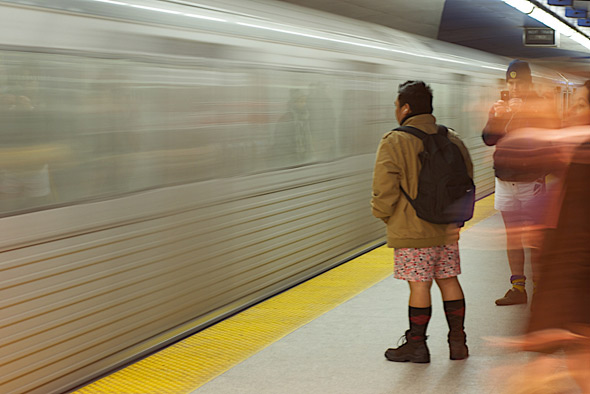