In this edition I take a look at a exciting ways to falsify memories, playful new strains of abstraction and something completely different - raucous takes on political rites, rights and wrongs. 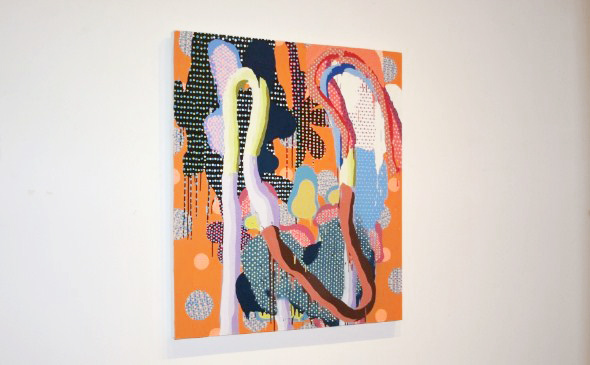 Two artists work through divergent methods to come up with some clever and intriguing examples of some of the current shifts in abstraction at Leo Kamen. Alex Livingston creates colorful computer generated images of loping lines which are piled up. They play heavily with illusory depth and texture that makes for some great optical tricks. Meanwhile, John Kissick creates concentrated blotches of colour which are carefully balanced and playfully articulated. These are then overlayed with a harsh rhythmic grid of dots. His work manages to be close to hard edged graphic design and gestural abstraction and holds it all together in a carefully maintained set of colour shemes. 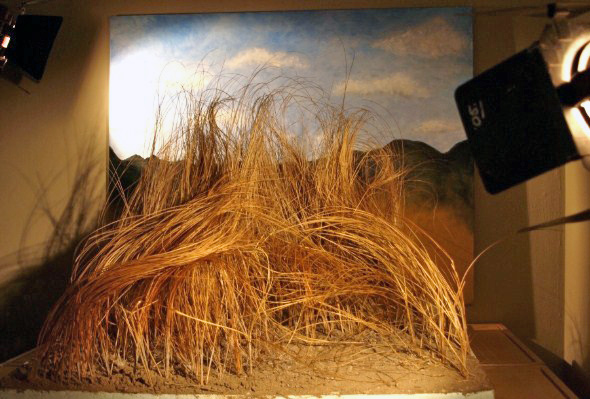 At the I.M.A Gallery Jenny Cronin uses photos and dioramas to re-create a trip which she took to Guyana a decade ago. It's far from documentary work though. Rather, it's like that line in Lost Highway: "I like to remember things my own way, not necessarily the way they happen." On the diorama at the centre of the show she has coyly written that things were not made to scale. There's something overtly romantic about her loving use of the dying craft of the museum diorama, a tenderness which is offset somewhat by the playfulness of the photos which she takes to fictionalize her trip. Even with the work's slightly Brechtian probing of the phoniness of memory and the problem of representation, the delight taken in these falsifications is still fully expressed. 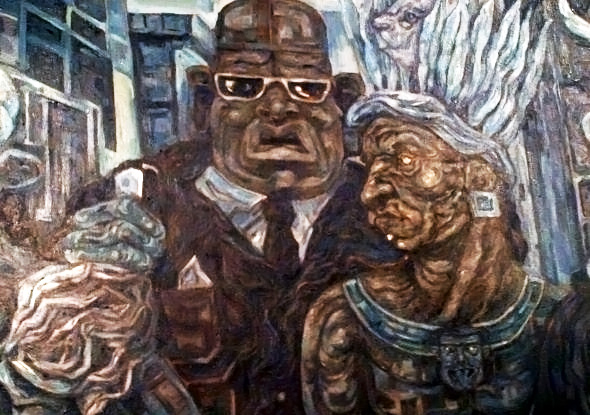 Michael Caines, Oscar De Las Flores and Balint Zsako each have well-established careers in their own rights so having the three of them together is a rich treat. They are showing together at Katharine Mulherin. Although their styles are quite different, what they share in common is a certain caustic wit and sense of nightmare. In each of them, there's a giddy mixture of dread and laughter in their interrogations of bloody rituals, group panics and totalitarian fantasies. 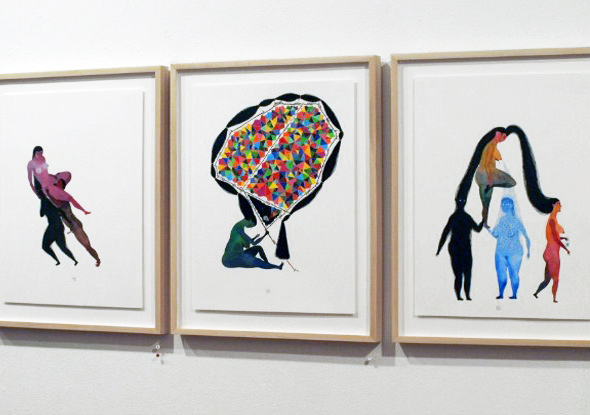 The work of De Las Flores is dense and quite literally dark with a baroque sense of detail that accentuates the grimness. Zsako's works are crisp, minimal and pointed in attack but also spirited in their goriness with a stream of art historical allusions. Such allusions also form a fundamental base for the work of Michael Caines, whose work you can see at the top of the article. He uses a mixture of styles, playing them up in parody, to look at historical figures from Nixon to Kim Jong-Il and Kennedy. His work is often thought of as kitsch, but it's a little too dark for that, though it has plenty of idiosyncratic touches that raise the works above their satiric content and manage to make them even more troubling. 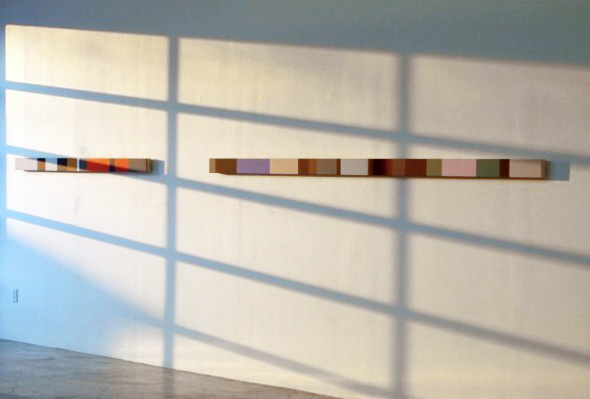 The latest show at Diaz Contemporary put me in mind of that old Arthur Rimbaud poem, "The Vowels," where he spelled out a colour to take the place of each vowel in a kind of synaesthetic painting. Francine Savard does something similar, assigning specific shades to particular letters and then spelling out the sentences she's taken from various canonical texts. Her digging into the intersection between linguistic and painted signs has been going on for years now. I saw a major retrospective of her work in Montreal a couple of years ago and she's still managing to produce a varied body of work out of using as little as possible.

There's more abstract work, though of a very different kind, by Melanie Authier at Georgia Scherman which is well worth a look. Gallery 1313 will be having their "Sex Show." Curated by Phil Anderson and featuring several dozen artists, it will be opening on January 20. Sarah Cale also has a new show at Jessica Bradley. And last but certainly not least, fans of historical photographs of Toronto will want to pay a visit to Stephen Bulger, as the gallery's Toronto show opens tomorrow.