The R.C. Harris Water Treatment Plant -- named after Toronto's former Commissioner of Public Works -- is surely one of Toronto's most mysterious and beautiful buildings. Opened in 1941 at the corner of Queen Street and Victoria Park Avenue, it is also one of the city's best examples of Art Deco architecture.

Not only that, the plant is still fully functional. Believe it or not, 45 per cent of Toronto's water is provided by the plant via a 2.6 kilometre intake tube. But despite these pragmatic underpinnings, the Waterworks has acquired a sort of mythical status partially on account of Michale Ondaatje's depiction of it in his novel In the Skin of a Lion and the fact that very few people have made it inside the building. As far as the latter goes, here's a brief excerpt from the novel:

"Harris had dreamed the marble walls, the copper-banded roofs. He pulled down Victoria Park Forest and the essential temple swept up in its place, built on the slope towards the lake. The architect Pomphrey modelled its entrance on a Byzantine city gate, and the inside of the building would be an image of the ideal city. The brass railings curved up three flights like an immaculate fiction. The subtle splay on the tower gave it an Egyptian feel..."

I've actually always found the building to be rather foreboding, but in some way this only adds to the intrigue. Here are some of my favourite photos of the R.C. Harris from the blogTO Flickr pool. Lead photo by Dr. Ilia. 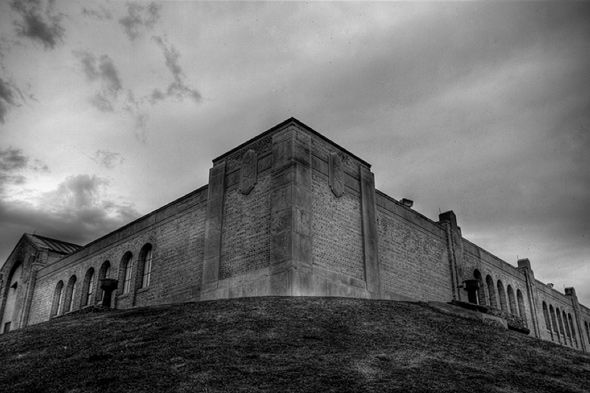 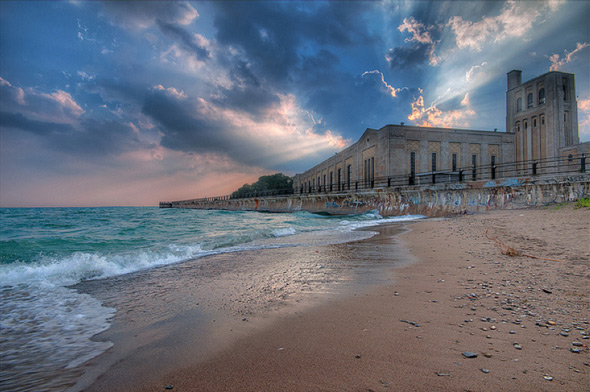 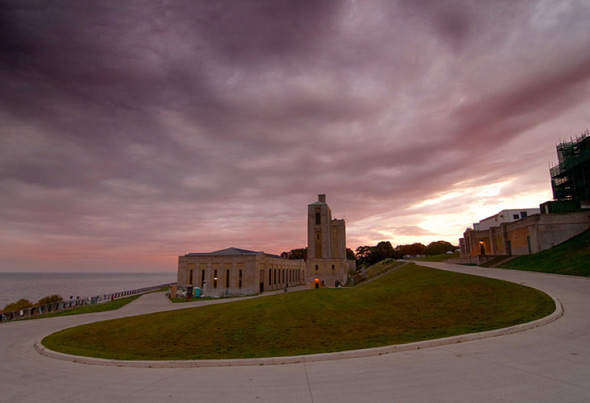 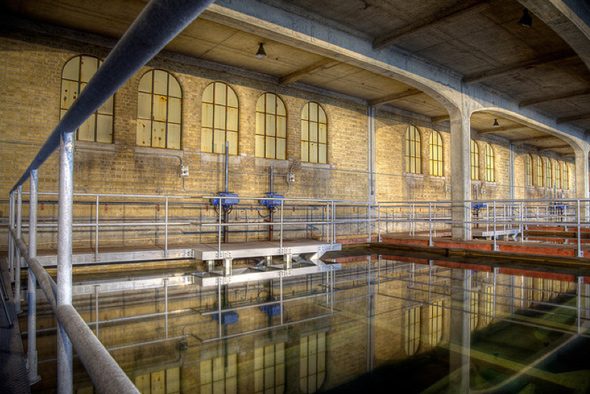 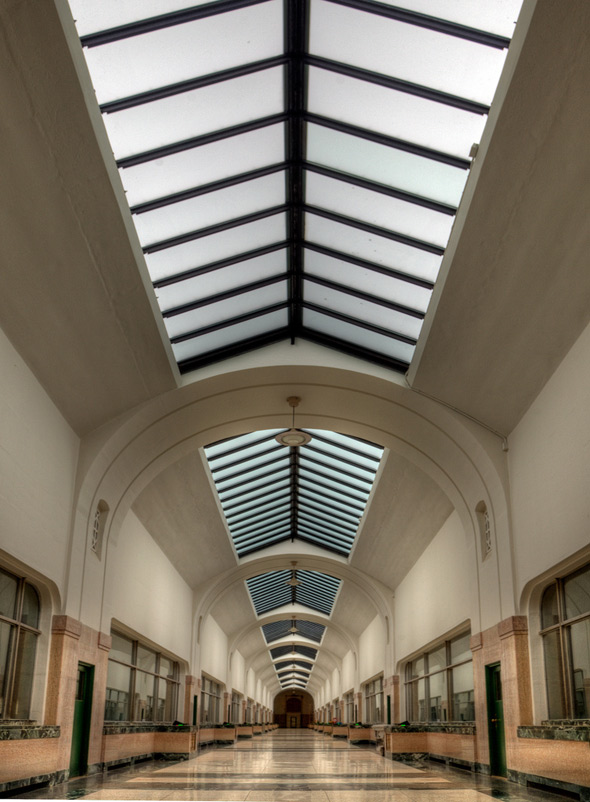 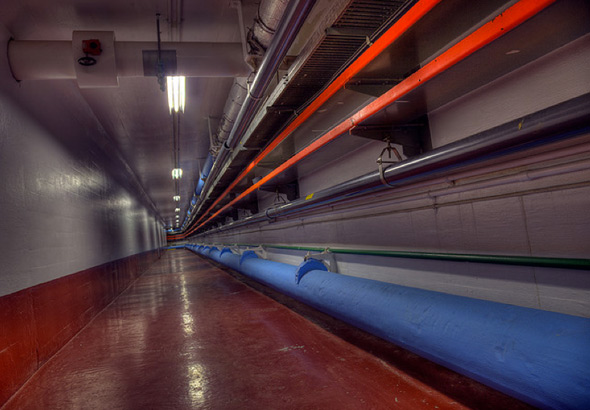 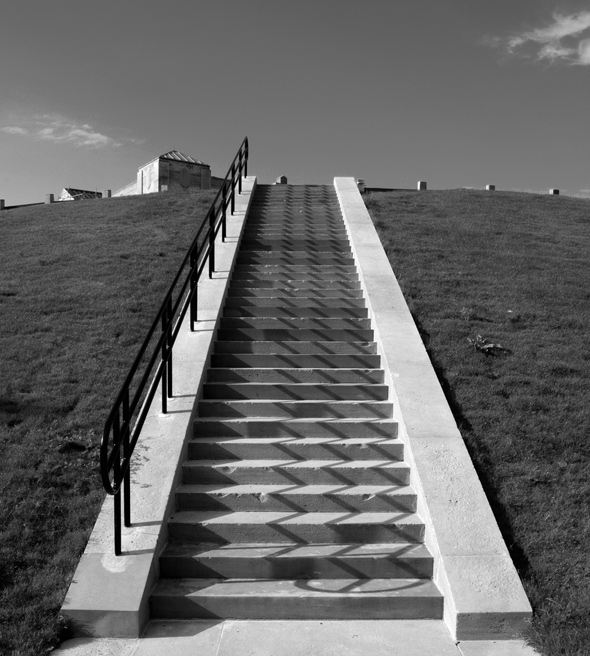 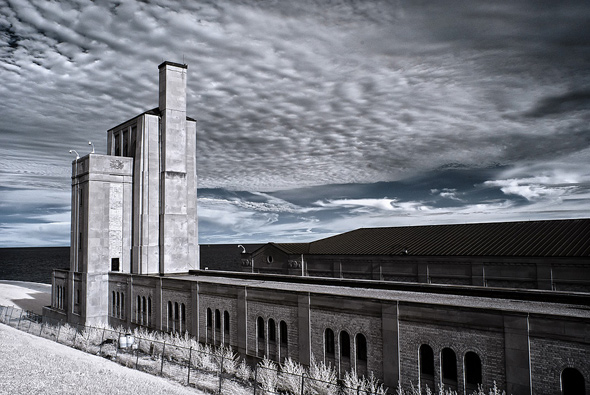 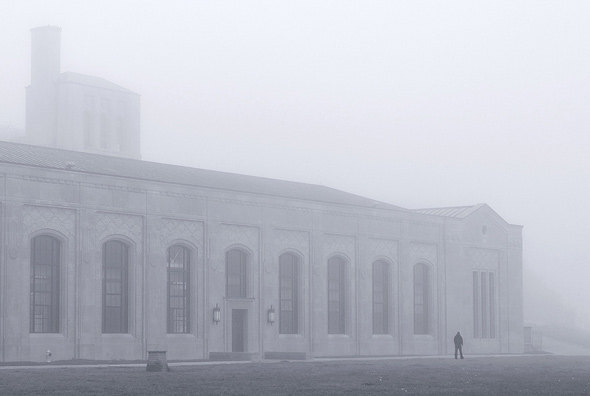 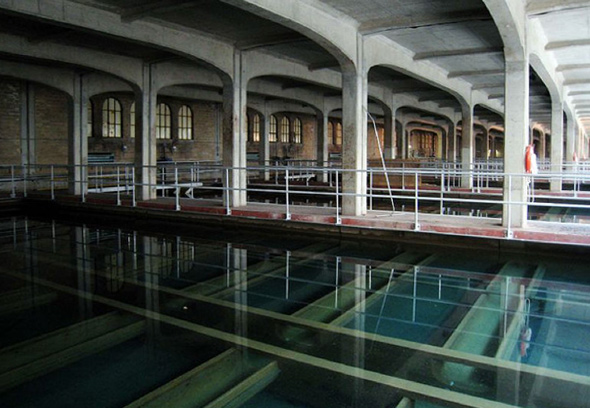 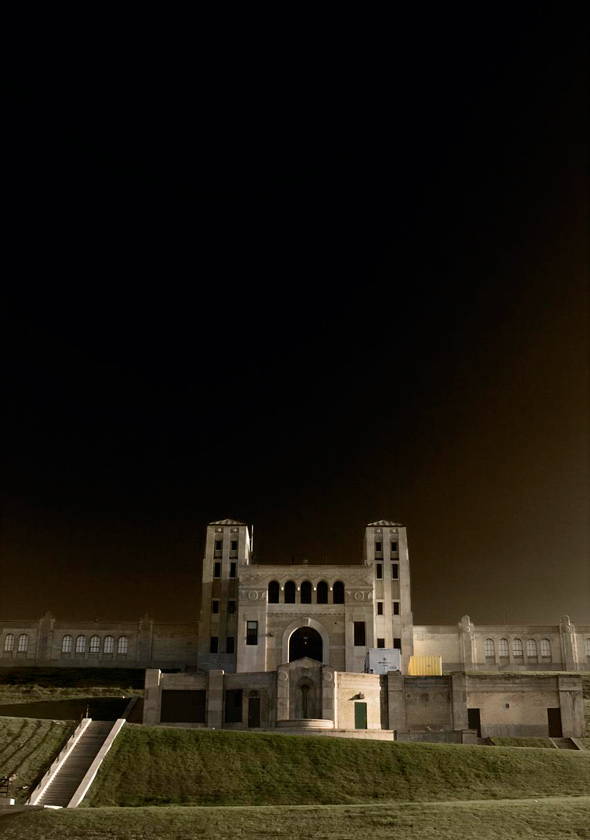 Photo by William Self.

Interested in Art Deco architecture? Check out these other Toronto buildings that exemplify the style .