This week, there are two very different painting shows now open and two strangely comparable video pieces on display. It's the beauty of ugly cities, the ugliness of beautiful bodies and the exciting possibilities of perversity.

Ron Eady at the Engine Gallery from October 20 - November 14 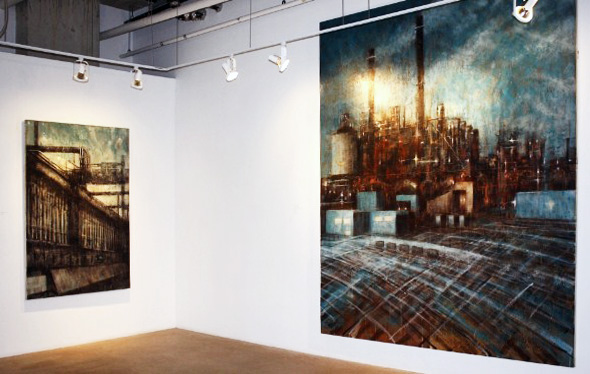 There's another show of encaustic paintings on display at Engine Gallery. They've become pretty common over the past few years but this one stands out for for not allowing an experiment with technique overtake the images themselves. Ron Eady's show features a disparate mix of landscapes and cityscapes. Vast terrains are often rendered in intimate, nearly mononchromatic schemes with subtle variations in texture and tone. It is his urban pieces that are more startling, however, both for their use of colour and the grim atmosphere they manage to conjure. Using thick and strong blacks, he contrasts them with soft blues to create a colour sonority that pulses under the texture of the wax. This startling effect contrasts with the grim industrial world he presents, shimmering like the streets on a grey and rainy day. 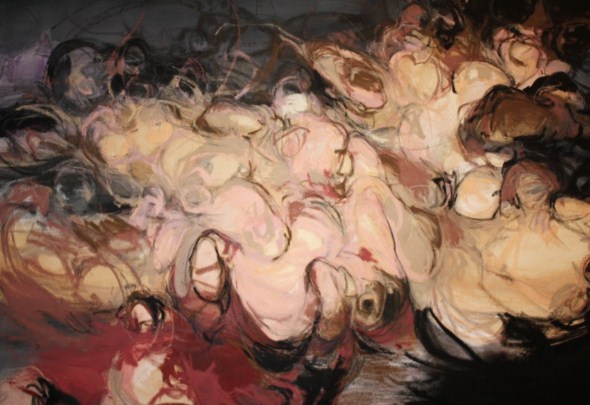 Above the Waddington's on Bathurst, Coopers Office Furniture have started to offer up two of their attractive showrooms to local artists to display their work. Currently on exhibit in one of the spaces are a series of pieces by Katie Pretti of LE Gallery. Her images channel the traditions of the vanitas and the momento mori, replacing the more obvious signs of morbidity with its "gentler" and more sexual side. The paintings feature masses of bubbly flesh with barely discernible limbs and genitals. It's heady stuff, with flesh appearing like a thin and oily substance that slips through pockets of form. Each of the large pieces plays a variation on the central image of writhing bodies. Whether they are engaging in Bacchanalian orgies or are the remnants of war crimes is impossible to say. She manages to simultaneously reference the supple flesh of Rubens and the turbidness of Goya's tortured characters in works that are hazy, seductive, slightly nauseating and totally voluptuous.

Duke and Battersby at Jessica Bradley from October 16 -- November 13 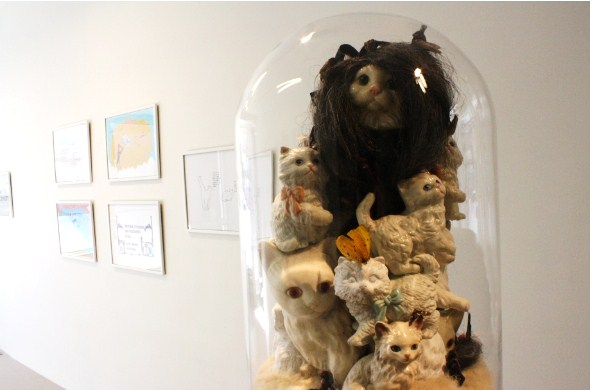 Jessica Bradley Art + Projects is currently hosting the latest video from video and installation artists Duke and Battersby. The gallery is filled up with sculptures which complement the video. This includes a plentiful use of slogans as well as some rather charming dioramas set upon wooden plinths featuring tiny primates and cats. None of these disparate items make much sense unless you actually sit down and watch their video piece though. Using found footage, cartoons and material they shot themselves, the video details the love affair of a woman and a primate and their quest to bring inter-species love to society at large. Although this could come off as overtly pervy or sentimental, they throw in enough rhetorical confusion and jarring moments to make it a coherent experience. Instead, it is unnerving and touching in equal measure. 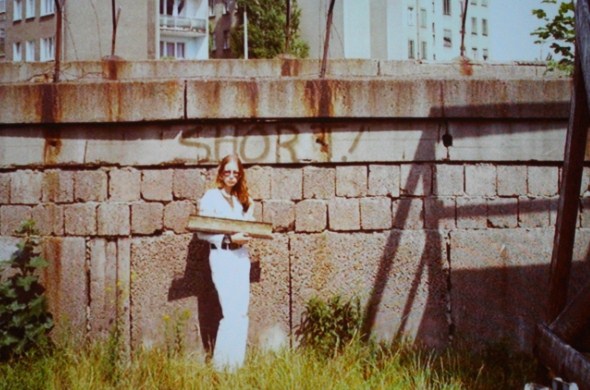 Duke and Battersby's work can actually function as a fascinating companion piece to another video work currently on display. As part of the group show currently on at Prefix, Norwegian artist Lars Laumann's "Berlinmuren" details the life of an objectophile, a woman who fell in love with the Berlin Wall and the heartbreak she felt at seeing it being torn down. Although it shares some rhetorical and thematic similarity to the other work, its mood is more solemn, but less spiritual, and its final moments damning David Hasselhoff for dancing while the wall was destroyed possesses a strange and rare poignancy.

Of course the big thing is the Toronto International Art fair, but if you want to avoid that, there are new works by Krista Buecking and Kara Uzelman at Mercer Union, a scultpure and textile installation by Philip Hare celebrating the male body at Propellor.