The 2010 Grange Prize wants your vote

You may have never heard of it before, but The Grange Prize wants your input. The prize was launched in 2008 by the Art Gallery of Ontario and Aeroplan to recognize the best in contemporary Canadian and international photography. One of the things behind the creation of the prize was the desire to encourage the public to take part in a discussion of the nature and direction of photography. To do this, it invites the general public to vote, both in the gallery and online, on the shortlisted artist they believe to be the most worthy.

Every year, the Prize committee gets together with an international partner to pool their selected experts. They generate lists of who they think are the most worthy and then join to debate them until consensus is made on the final four. Two of the nominees are Canadian while the other two come from the partner country. Last year's partner was Mexico, this year it's the United States. A sister exhibit to the one in Toronto will be held at the Museum of Contemporary Photography at Columbia College, Chicago (MoCP).

The winner of the competition will receive $50,000 while each runner-up will be awarded $5,000. This makes the accumulated purse the largest photography prize in Canada. Each of the four nominees also participates in a residency-exchange programme with their partner nation with the goal of creating new work. 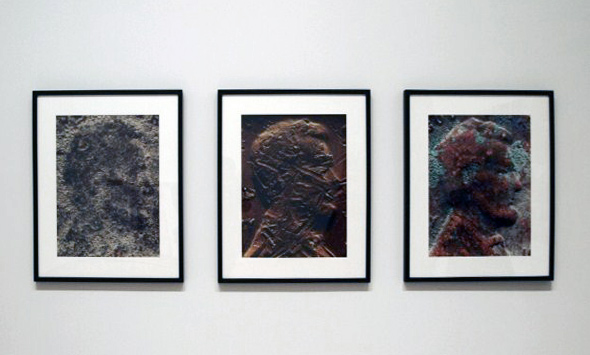 The short list for this year is made of Americans Josh Brand and Leslie Hewitt, and Canadians Kristan Horton and Moyra Davey (work pictured above). They are all very different photographers, although, each of them concentrates largely on the environments they inhabit on a daily basis. Brand works almost exclusively with photograms. Some of these are made purely in the dark room with simply an object and light while some are a combination of manipulated negatives and darkroom techniques. For several years, he has been exploring the abstract possibilities of cameraless photography. His work is intimate, usually the size of a human head, and it's subtle, inviting close inspection of its spare and slight details.

Hewitt's work, by contrast, is substantially larger and weighty. Compromised of still lives, her photos evoke that genre's history in painting while referencing subjects and questions which are profoundly personal for the artist. They possess a very different kind of intimacy than Brand's work. Rather than having a one to one relationship with the face of the viewer, they are usually positioned on the floor in a heavy frame and need to be approached more as a sculpture than as an imaginary depth.

Davey's work is intensely diaristic. She's built a career out of documenting her daily life, the objects she owns and her correspondence with people. She may be best known, however, for her many "portraits" of Lincoln, which are actually blown up photos of American pennies showing, in remarkable detail, the cuts, scrapes, stains and dirt that have amassed on the coin. 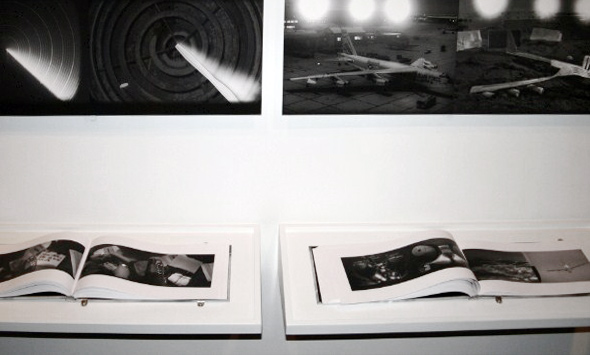 Unlike the others, Toronto based artist Kristan Horton does not work exclusively in film but explores digital and other forms of photography, even using scanners to create elaborate stop motion animations. Everything that appears in his work is found in his studio - everything. His practice allows him to reflect upon objects in the world and how they are perceived, altered by perception and processed through practice. Horton made a name for himself a few years ago with, "Dr. Strangelove, Dr. Strangelove," an ambitious and eccentric work which attempted to recreate stills from the Kubrick film using items found in his studio. The results were an often startling mix of the eerie and humorous.

On display at the gallery one can also see his more recent "Orbit" series which attempts to document what it means to exist around a particular object. In trying to capture that experience, he takes many photos which are then carefully manipulated and layered into a complex surface full of glitches and patches of space and objects as they melt into each other.

The works are currently on view both at the AGO and online. You can view and vote by clicking here.

The Grange Prize Exhibition 2010 from September 22 until January 2. The MoCP will host the exhibition from October 8 until December 23.