The Sony Centre For The Arts will officially reopen on Friday, Oct. 1 -- exactly 50 years to the date of the O'Keefe Centre's original opening night.

I had the opportunity to preview the newly renovated concert hall yesterday. It's quite the makeover, bringing the look and feel of the place into the 21st century at last. 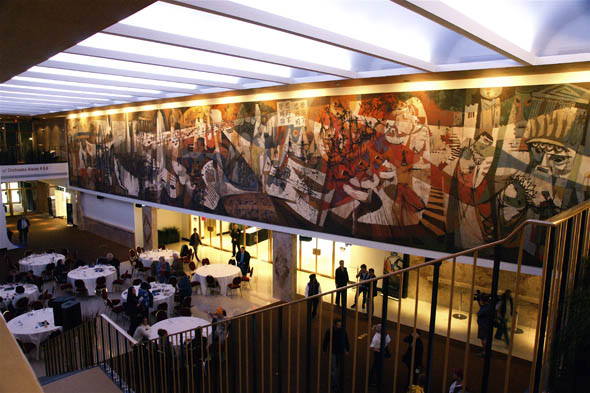 Once you enter the foyer, you'll immediately notice the better use of light (with LED panels) and colour palate, with rich and warm tones.

Now designated an historical site by the City of Toronto, the Sony Centre For The Performing Arts has received more than a face lift.

The $30 million renovation and restoration process has completed its first phase, retaining some of the original vision of architect Peter Dickinson's O'Keefe Centre.

The lobby mural, The Seven Lively Arts, has been preserved, in all its 15-foot-high, 100-foot-long glory. It's best viewed from the mezzanine level. 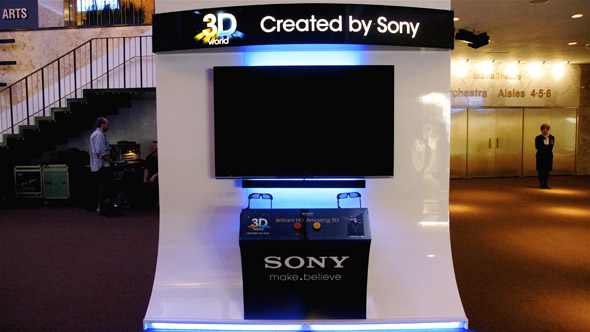 There's a fair amount of Sony branding in the hall now, including this 3D television display. And the Sony Style retail store, attached to the west facade of the building. 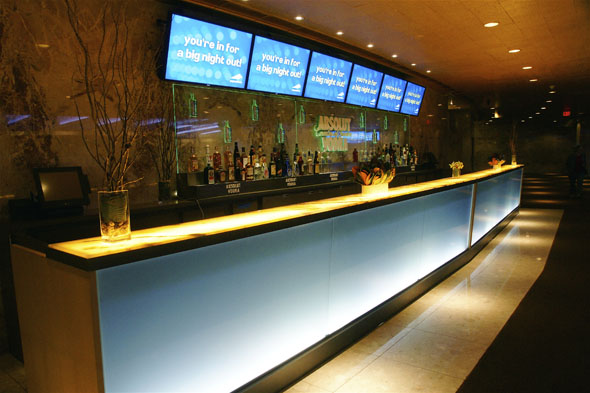 Up the stairs in the lobby is the well-lit bar, which is to open daily for after-work drinks, even if you're not coming to see a show. 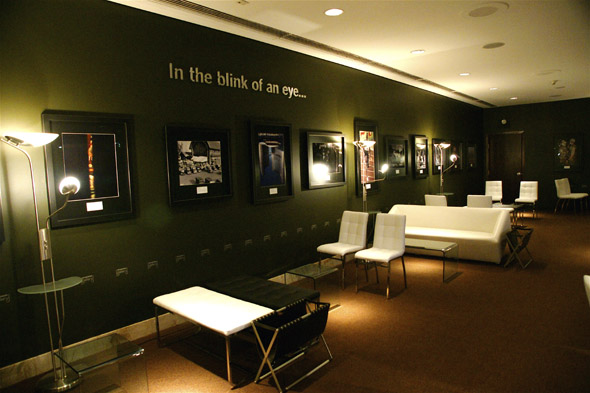 On the east side of the mezzanine level is the Toronto Star gallery of images from some of their best photojournalists over the years. 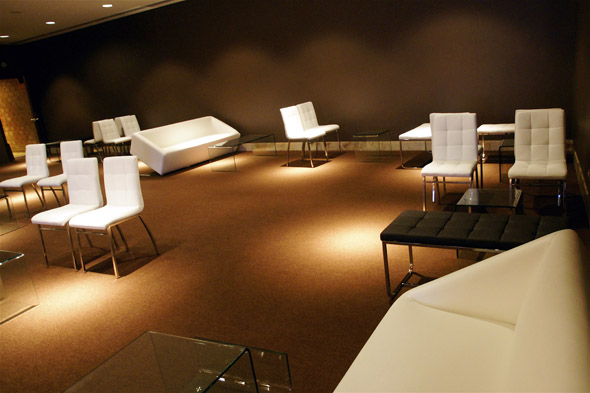 On the other side is another lounge area just waiting to be further decorated, branded or maybe just left bare. 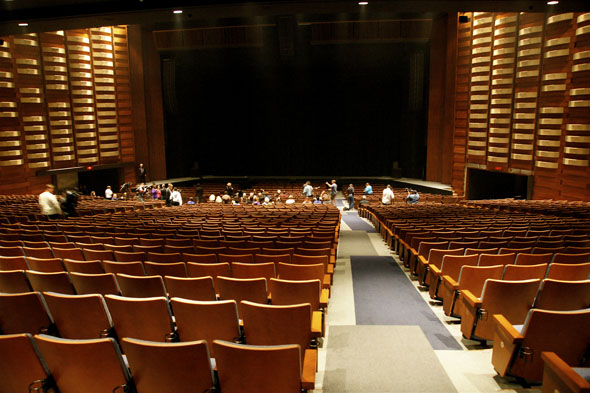 Inside, the upgrades are more apparent. A steeper grade down to the stage area, with wooden chairs and blue-and-grey upholstered seating, complete with a sturdy metal cup holder in front of each seat.

Just be careful getting up or squeezing past others when navigating to your seat. Banging your knee on one of these cup holders is akin to walking into a ring-and-post bike lock on Toronto's streets.

The 13 washrooms in the Sony Centre were all gutted and redesigned, with more ladies washrooms added. Phase two of the renovation begins next year with the addition of permanent backstage facilities and the a 57-story residential tower designed by Daniel Lebeskind. The final phase, which will encompass the external cityscape design and public plaza, will begin in 2013 and is scheduled to be completed (don't hold your breath) in 2015.

In the end, we've finally got a 3,191-seat theatre -- the largest in Canada -- in which to see a variety of programming that aims to appeal to the diversity of Toronto. 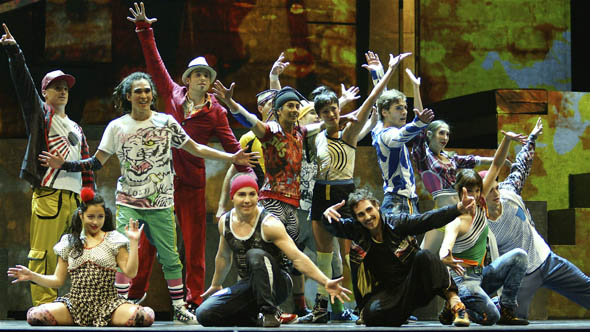 The cast of Montreal's Cirque Ăloize were on hand yesterday at the media launch for the concert hall's reopening, where their show, iD, kicks off six shows beginning Oct. 1.

I'm quite looking forward to taking in a show at the new Sony Centre For The Performing Arts.