Art Agenda: Group Show At Narwhal, Susan Dobson at the Department and Jonathan Demme's collection of Haitian art at the Gladstone

It's a mixture of the strange, the strangely familiar, the strangely intriguing and the magical this week as I check out three vastly different shows that all share a penchant for the mysterious. 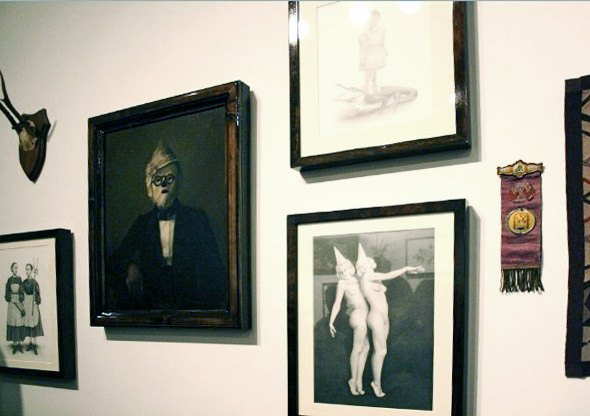 During the Renaissance, before museums started to sweep over Europe, aristocrats and merchants began commissioning and putting together Curiosity Cabinets. These were collections of antiques, exotic taxidermied animals, fake medical curiosities and other things, which were packed together like a tiny theatre production of the weirdness and wonders of the world. The new group show at Narwhal Art Projects takes its inspiration from this phenomena. It unites some of the best of the 30 and under artists to come through the city in recent years. It is also one of the most coherently organized group shows that I've seen in months, which is quite a feat considering it includes over 30 artists working in diverse media. But that was also part of the problem. There was so much crammed together it nearly overwhelmed the strength of the individual works.

There are intricate drawings which seem to map out crackpot evolutionary theories; fake geological artifacts from non-existent ecosystems; collections of keys and bones; random ephemera; taxidermied animals (real and imaginary); knit vegetation and paintings of monsters and witches. With everything combined and in somewhat random order, it felt rather like going to a really good old junk shop in one of those neighborhoods people forget exists. Some of the standouts included Tibi Tibi Neuspiel's charming combination of meat on the moon, a sock and a skewered man on the lap of a squirrel; Christy Langer's intricate, destabilizing and perversely tactile sculptures; Joe Becker's scintillating paintings conjuring a Fraggle Rock version of the 80s apocalyptic porn masterpiece "Cafe Flesh" and Rory Dean's haunting and delicate, slightly hilarious, paintings of the Ku Klux Klan and the children they love.

Susan Dobson at The Department from September 7 - 25. 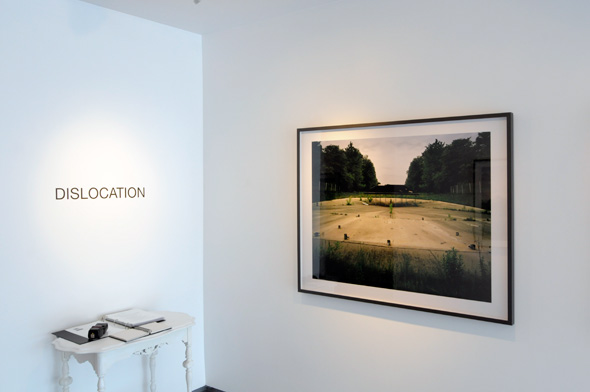 There's a very different kind of magic and mystery going on over at The Department. Photographer Susan Dobson, an associate professor at Guleph University, has a rather beguiling series of photographs on display. Although, at first, the images seem to be documentary accounts of what she terms 'the interstitial landscapes' that arise between cities and the surrounding area, the factuality of what's on display quickly falls away. Playing on what has been one of the most predominant themes of Canadian art, a world devoid of humanity, she places subtle indicators of their vanishing everywhere. Ordinary spaces are rendered increasingly eerie upon examination as various surreal details become apparent, like the alligator hiding in the grass or the fact that the fields behind a milk truck mirror the advertisements on the truck itself. 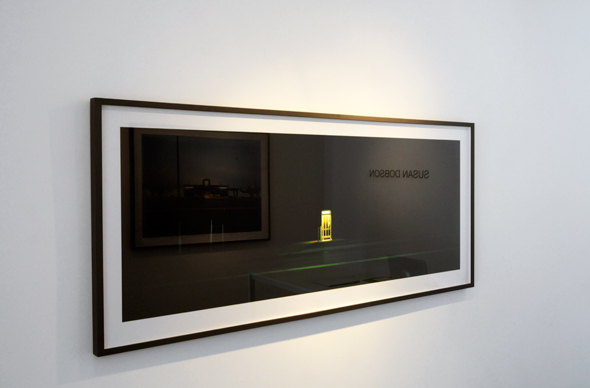 The images have been carefully photoshopped so that the tail end of a plane can peak out quietly from the treetops (lead photo) or a fish can flail in the foreground. Adding to the series of implausible details is her frequently odd play on scale, creating a slight vertigo made all the more potent by her stringent sense of symmetry.

Art from the collection of Jonathan Demme at The Gladstone from September 7 - 16; September 24 - November 18. 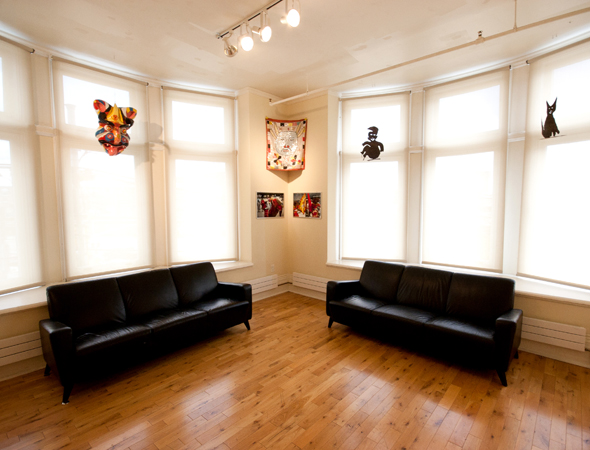 In co-ordination with TIFF, Academy Award winning film director Johnathan Demme has put some of his collection of Haitian and Jamaican art on display at The Gladstone. The works are eclectic in style and theme, spanning from the 1950s until today. Some, like those of Alexis Patrick, are political while others offer slices of life. An audio and video accompaniment plays through speakers and screens placed in the hallways of the hotel. 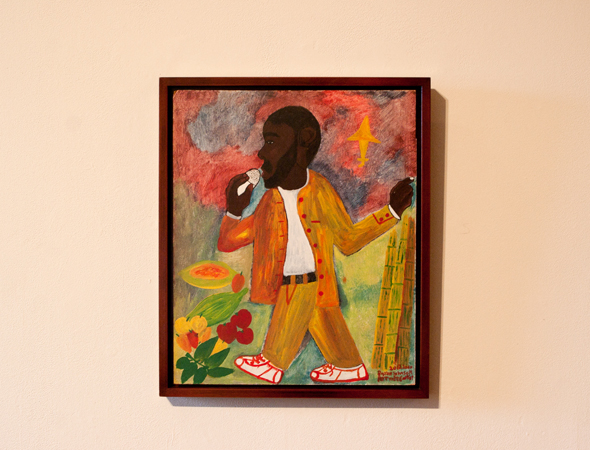 The majority of the works centre on the place of Vodou in Haitian culture. Sometimes this comes through in the symbolic paintings of missionaries and characters from Vodou theology, particularly those by Antoine Obin, but it's also present in the swath of sequined Vodou flags which adorn the walls. There are also numerous photos of street scenes and glimpses of daily life. The most impressive thing in the show is the small room which is set up to resemble a traditional prayer room, complete with candles, flags, paintings and fetish objects. Altogether, it feels a lot less like an art exhibit than a trip to a makeshift ethnological museum set up by a tourist board.

Coming up this week, sculptress Shary Boyle's hotly anticipated new show opened Art Gallery of Ontario on Wednesday. On Thursday. Friday will be the beginning of the Queen's West Art Crawl which spans the weekend. And on Saturday, Queercore veteran Bruce LaBruce will be showing some photos and doing a talk at Art Metropole.