The underground opera, now in a Toronto tin shed

The underground opera has arrived in Toronto. There I am, walking along quick-paced in the west end's industrial area. Massive, condemned factories line the street with holes poked in their square windows. It's an area of the city, when dusk rolls around, that I take the cash out of my wallet and stuff into my left sock. When I reach my destination - a tin shed behind 128 Sterling Rd. in the industrial vicinity of Bloor and Landsdowne - I'm washed with comfort, yet bemused. 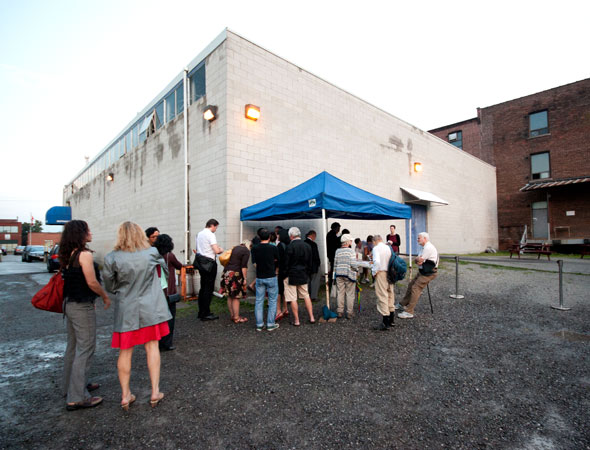 This isn't your typical I'm-in-my-Sunday's-best night out to see a highbrow opera. Well, it might be. Avant-garde is one way to put it, but doesn't quite do justice. It's a collaboration in experimentation by a number of Toronto artists sewn together on a stage. And while parts work (the haunting and transcendent operatic voices, the sketchy but fitting physical environ, the modern-cum-classic costume design) other parts either fall flat or come off as simply pretentious, eruditely smug even.

Here's the low down. The opera is a pastiche of 18th century Baroque composer George Frideric Handel's Orlando and the expressionist songs of German translated poems by poet Albert Giraud in Arnold Schoenberg's melodrama, Pierrot Lunaire. Pieced together to form a semi-discernable narrative of 21 chapters (like Giraud's 21 poems), director Patrick Eakin Young, a genial and well-dressed fellow, wasn't out to construct a bite-sized opera. He was out to turn heads, perk ears and take the audience for a stroll in abstract performance art dressed as a manic opera. And for that, he succeeded. 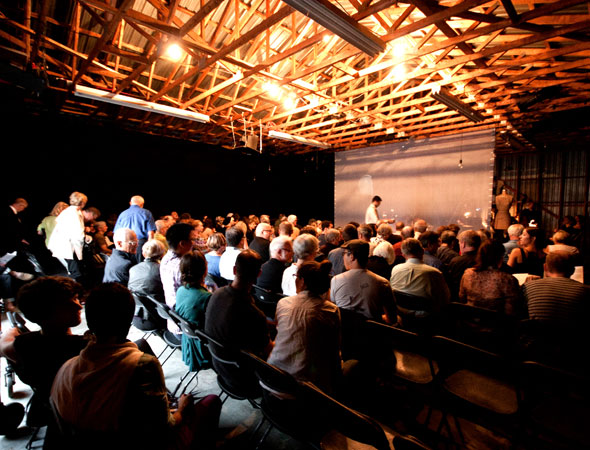 As you sit in the tightly seated, er, theatre on plastic foldout chairs, bare light bulbs dangle above. The stage, raised about a foot or so, is only feet from the first row allowing for unbarred intimacy. (Then again, we are in a tin shed.) A white scrim divides the stage and the orchestra, which is manned by the multi-talented Ashiq Aziz. The music is inspired, but tends to become secondary to the voices of soprano Carla Huhtanen and countertenor Scott Belluz, who steal the show. The orchestra tends to jump from a quiet soundtrack to a boisterous noisemaker reminding you of its presence. Like a young distant cousin running around your house. 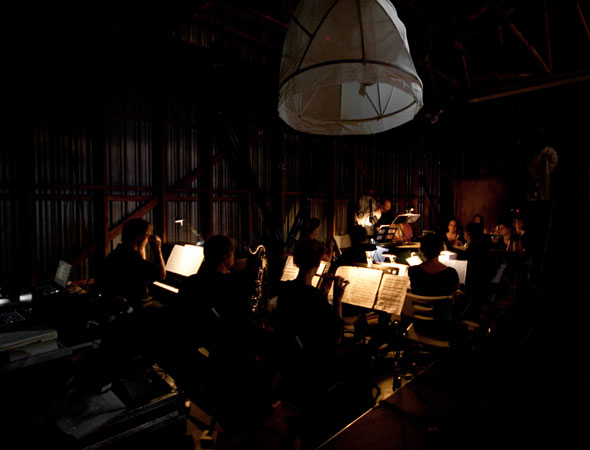 As Huhtanen and Belluz divulge into the multi-characters, their dialogue - Handel's Italian and Schoenberg's German - is projected behind them onto the scrim. The words at times jumble around seemingly playing off the character's emotions and mental states. The language, albeit abstruse but nevertheless poetic, emerges from the lungs of the operatic singers with unfathomable ease and lights up the tin shed. And with minimal lighting, otherwise than handheld mechanic lights, local alternative fashion designer Heidi Ackerman's inspired pieces are a standout. The ruffled outfits - the costume changes occurred in front of the audience - add a modern fare to your formal baroque costumes. 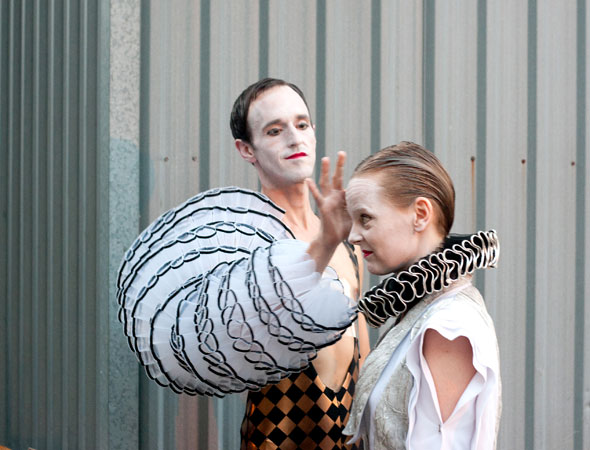 I caught up with Ackerman during the intermission. She explained that she was approached after this year's Toronto Alternative Fashion Week (FAT), where Ackerman's futuristic tinge and trademark knits are a must-see, to collaborate on the opera. The first time giving such a project a shot, Ackerman noted that she would Skype with Young, who was in London, about the inspiration, but was given free reign over the designs. 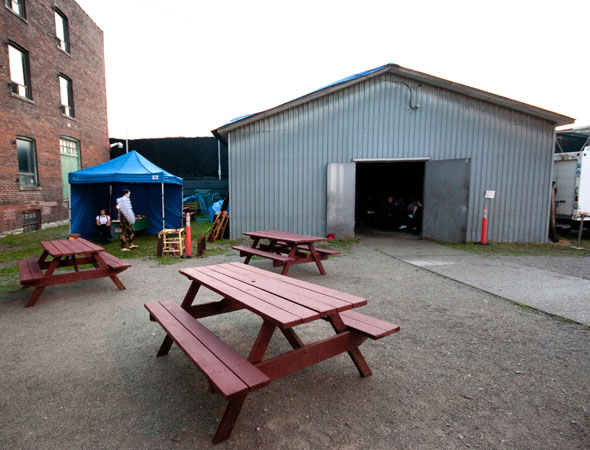 Opera is a word that comes with many preconceptions. But it is a mold that can be broken, but this is an acquired taste - that goes for both the opera and the progressive handiwork in unraveling and then mashing it. Young and Aziz take a valiant stab at pleasing both camps in an attempt at making high-culture opera accessible, fun even. And to some degrees this is the case. In other cases, I was aware that I was in a bloody tin shed. 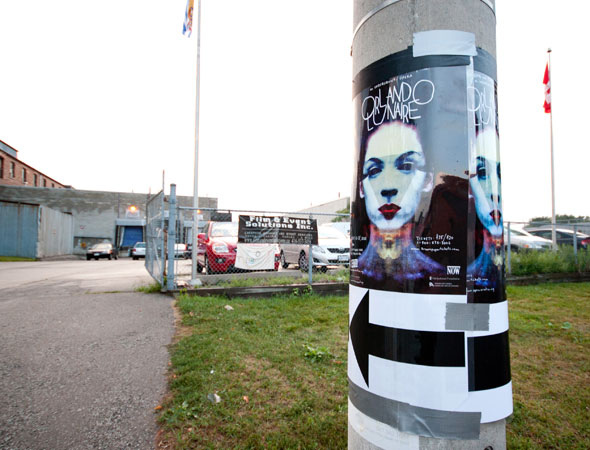 Orlando/Lunaire is running until Aug. 28 in a storage shed behind 128 Sterling Rd. Tickets are available through www.opera-erratica.org. Photos by Dennis Marciniak. Note: photos of the actual performance itself were not permitted.