Not Your Father's Contemporary is less a gallery than a brand. And that's a good thing. For generations, young artists have been seeking out alternative spaces and practices to change the way that they produce art and audiences can experience it. One group embracing this is the curatorial team Nice Stuff. Composed of Teresa Aversa, Charlie Irani (both of whom were affiliated with 52 McCaul) and Pantea Razzaghi, they banded together from their divergent backgrounds to hatch this mobile gallery brand.

Citing the problems with building a career in the city's artistic scene, particularly from a strictly economic point of view, they became interested in taking a new approach to getting work seen. They wanted to fashion their own specific and recognizable curatorial practice which would not be hemmed in by a specific location. Instead, it could nomadically roam with the seasons.

This serves a multitude of purposes. Not only does it make the brand more mobile, it stays completely within the wavelength of the latest generation of 'ADD children' as Charlie joking called them. It isn't just about moving along when one space gets boring though. One of the things which the group are hoping to investigate with their approach is how to work within each specific location, embracing its eccentricities and history. 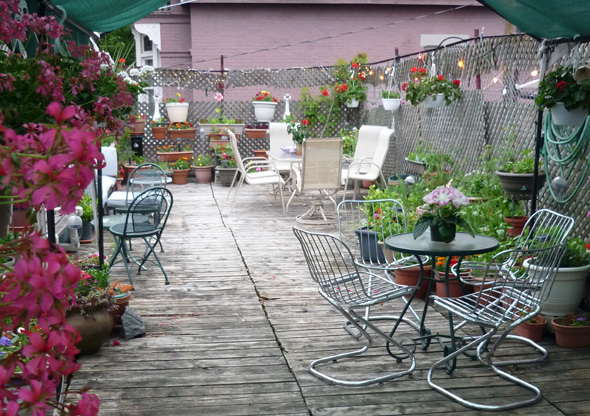 Currently, they are working out of the second floor of Charlie's father's house at 137 Robert St. The front room acts as the gallery and the patio operates as a space for events. The domesticity of the space has played a decisive role in forming its character. They worked on integrating things in the location, including Charlie's father, who they've turned into a mascot, often using his facing on fliers.

Shows they've curated have included everything from nail painting to exhibits of drawings. Recently, the metaphor of a living room art show was extended when Hugh Scott Douglas made a series of Picasso replications which were then auctioned off, at highly affordable prices, so that people could have a "Picasso" to take back to their own living room.

With summer's end in mind, the team is already trying to imagine their next location. They're hoping they can find a garage for the winter which they can renovate, perhaps even the garage of a family who would be interested in making some art themselves. It's part of the collective's broader interest in carving out a different kind of business model, one which seeks to create new kinds of communities. These would involve both the artists in any given space as well as the people involved with it on every other level. They are especially interested in creating situations which would benefit everyone involved, including landlords. The notion of barter is crucial to this, with the possibility of labour, fixing up and 'gentrifying' abandoned and underused spaces, in exchange for the use of the space. 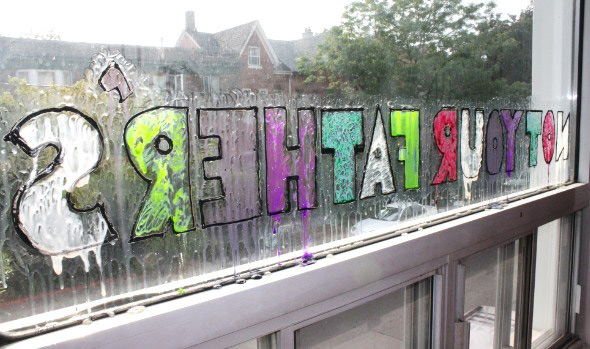 Upcoming events at Not Your Father's Contemporary will include tonight's Za Za Pizza Party, which will feature 40 artists who have all selected special toppings in this lecture and a meal.

On Friday August 13th, they will play host to the sixth issue launch for The Escapist Manifesto on. At the moment, the space is for rent for any artists out there eager to do a show this summer. And, if you are someone with a space and a desire to see it used in a creative way, they'd love to hear from you.

For more information, check out Not Your Father's Contemporary or get into touch with Nice Stuff.