Life after death for Whippersnapper Gallery

It was like terminal illness. The death of College Street's Whippersnapper Gallery was not sudden and unexpected. In late 2009, the gallery's imminent closure was announced. This week, as their lease was set to expire, Whippersnapper's supporters bid farewell to five years of young talent in true art gallery fashion. A weeklong mash-up exhibit of orphan art and pieces conceived directly on the gallery's walls was a perfect send-off. The exhibit, cheekily dubbed "The Funeral", was book-ended by two anything-but-mournful parties. With dry eyes, Whippersnapper's friends swigged four-dollar Steamwhistle beers, and contemplated too-cheap-to-be-true art purchases in the company of lively musical performances. 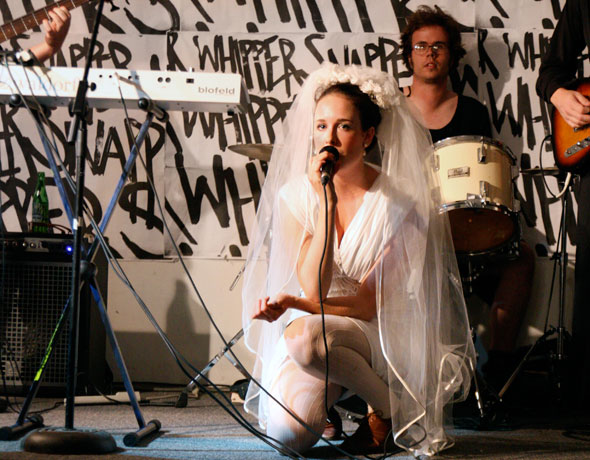 The exhibit opened quietly last Thursday. The atmosphere was easy and the ample space was never more than half-full. I, being more acquaintance than friend, had very few memories formed at Whippersnapper. But even I couldn't help conjuring up a little nostalgia for an intimate Ohbijou performance I had caught there years ago. During the opening of "The Funeral", Allie Hughes added to fond memories. She doled out ear candy on a stage far too small for her big talent. Her usual quirky theatrics were themed and included a mock-death tribute mid-performance. I tell my companions that I may be smitten. 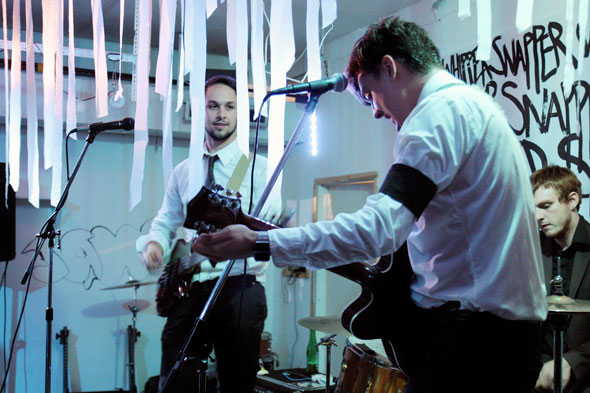 But all good things must come to an end. With most of the unfixed art already claimed by lucky buyers, Whippersnapper hosted a farewell party on July 29th, marking the end of the one-week exhibit and the gallery once home to so many emerging Toronto artists. Humidity seemed to make the 2nd floor space swell. This time, the gallery was packed to capacity with artist-types who swapped stories shouted over raucous performances. There was dancing. There was disappointment over sold-out art. And, there was a spirit that was truly Toronto. We're a city that celebrates our own, and oh my, do we celebrate! 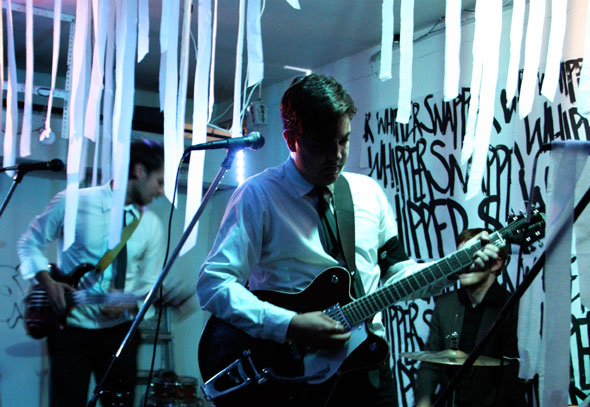 I caught up with founder Luke Correia-Damude that night. With moments to spare before he took the stage with his indie-country band, Boys Who Say No, he shared his vision for Whippersnapper's afterlife. While it won't exist in body (at least for the next 4-6 months) the name lives on in spirit. 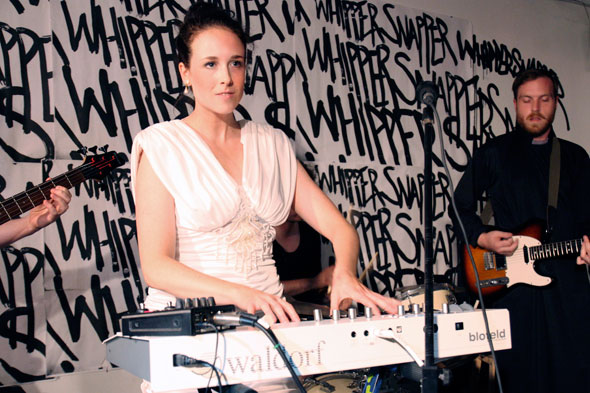 Luckily, Whippersnapper believes in life after death. Just this week, Correia-Damude tells me, the furious proposal writing has paid off. Whippersnapper has been approved for an Artist-Run Centre grant (via The Canada Council for the Arts) which will provide annual funding for upcoming projects, eliminating the need to reapply year after year. He imagines a smaller space, where the focus will remain on emerging artists. So, what's the difference? The new direction will be more "grown up", closing the circle for the newbie artist, hopefully catapulting fresh talent into the next stage of their art careers. But, even with the grant, they are only about one-eighth of the way to their fundraising goal. It's a good thing that these kids are no strangers to stretching pennies. 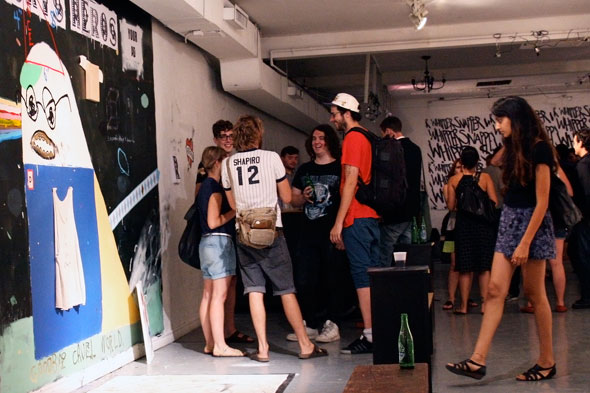 The farewell is bittersweet for Correia-Damude and his army of dedicated co-founders and volunteers. He admits that he knew it was time to move on. However, the hardest times in their five-year history proved to provide some of the best memories. Paying true struggling-artist dues, he and his team self-financed the renovation and wielded power tools with little experience. "I had never really built anything before," he mused. In five years, though, he succeeded in building not just a gallery but also a community and a voice for a generation of burgeoning young artists. 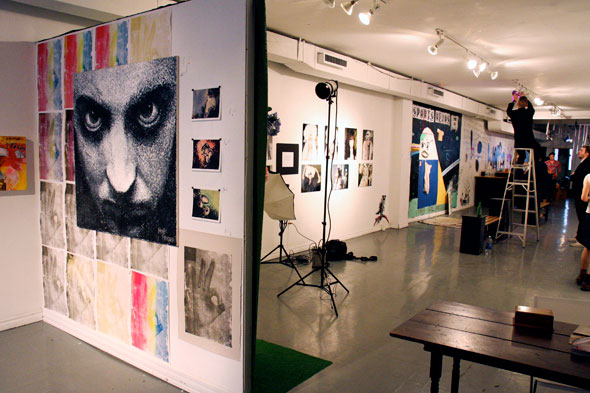