The inaugural season of Late Night in the Bedroom came to a triumphant end on Wednesday evening in front of a live audience at the Toronto Underground Cinema. Members of Toronto's burgeoning indie arts scene came out to celebrate what is essentially a labour of love, culture and creativity among former Whippersnappers and friends. The web-based series has, over the course of twelve webisodes, skewed towards the indie and obscure - yet, nevertheless engaging - personalities that shape this city with their chosen craft. 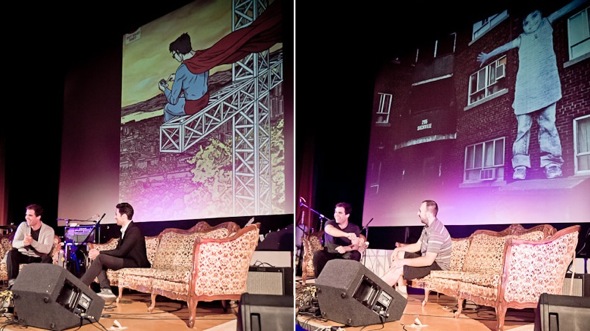 Along with a video segment on Nick Di Genova, the end-of-season line-up featured live interviews with Dan Bergeron and Jack Dylan, interspersed with sets by Forest City Lovers and YAMANTAKA//SONIC TITAN to round out the musical portion of the show. The latter of the two was truly a sensory feast for the eyes and ears; a strange lyrical and rhythmic hybrid of every east Asian and neo-gothic influence colliding. 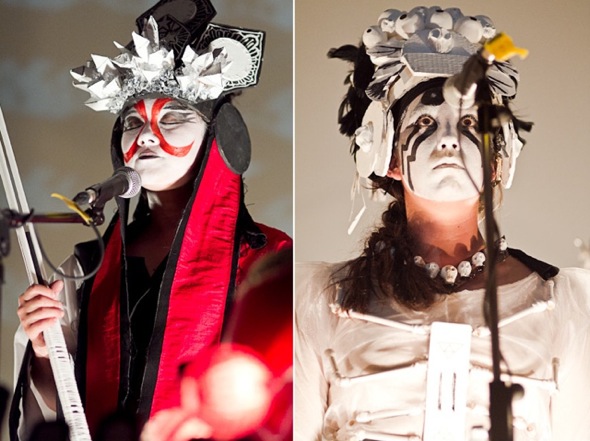 Despite a late start and a few technical hiccups, the show, touted as shocking, glamorous, provocative and nothing short of culture-making, had all the sophisticated trappings of a proper wrap-up - right down to the damask flourish of the set furniture which took centre stage amidst a sea of wires and amps. Someone's bedroom this most definitely was not. 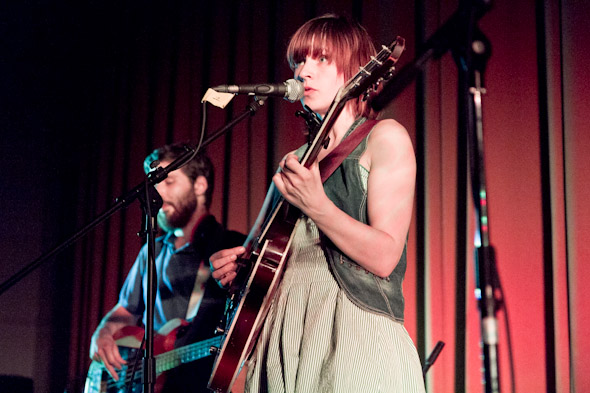 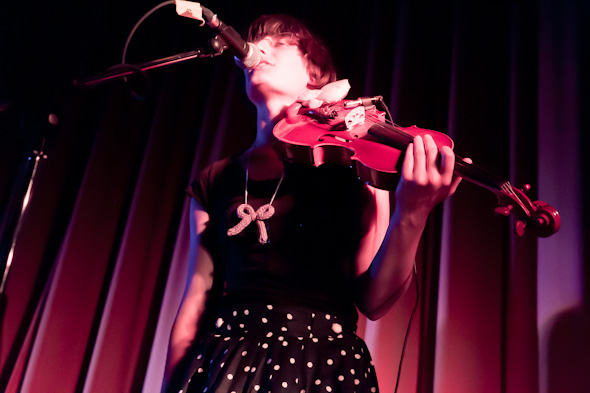 The stark, no-holds-barred approach that defines this live show and others like it is quite possibly the most enjoyable part of being an audience member, by sheer virtue of it coming alive in front of your very eyes. Every scene is practically behind-the-scenes, without any editing of the moments that unfold. Much of the candor and camaraderie that oftentimes gets left behind on the cutting room floor is laid bare here, fostering the very same sense of intimacy that LNB creators have built upon in cramped and cozy quarters way back when. 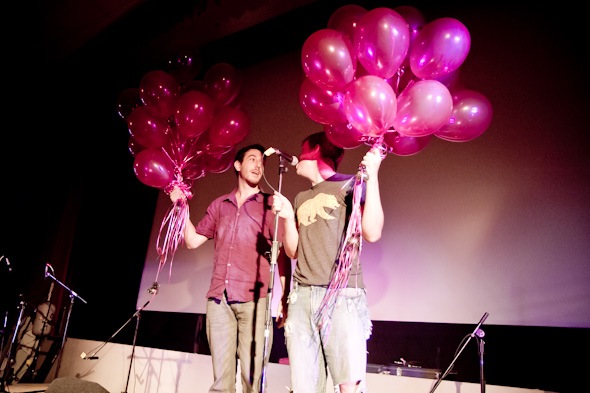 The evening's return to its humble origins also saw previous guests (and a die-hard fan) from this past season take the stage in a seemingly ad hoc awards ceremony, replete with bouquets of bright pink balloons for the winners. It was the perfect touch to maintain the show's fun, quirky, and slighty irreverent edge. 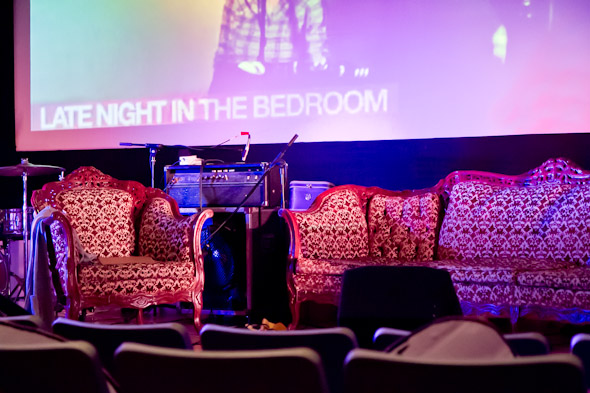 The season finale (episode 12) of Late Night in the Bedroom is slated to air online at the end of August. Season 2 of LNB premieres in the fall.