Art Agenda: Nicole Rayburn and Kathleen Boetto at Barbara Edwards, the Art of Illusion at Olga Korper, and upcoming shows at Bau-Xi Photo and loop gallery

For this week's short and sweet edition of the Art Agenda I made my way through the hefty crowds of ass cleavage that filled the subway on the way to Caribana and slipped into a few quiet galleries tucked just out of range of the traffic jams. 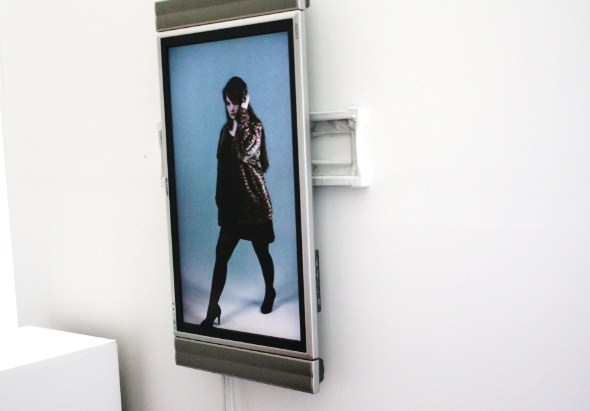 Barbara Edwards Contemporary from July 30 - August 28
Barbara Edwards is showcasing two emerging video artists from Toronto. Nicole Rayburn and Kathleen Boetto each examine the relationship between figures and their radically divergent environments. Boetto takes on the roles of various current female icons (Lindsay Lohan, Amy Winehouse etc.) and then poses as them, slowly attempting to fit into their skin. As she tries to hold a pose, she begins shaking and contorting, staring around in a panic. It's modeling as a form of paranoia. The celebrity body is tortured by the gaze of the viewer until they vanish into a jet of hair. These figures are essentially weighed down by the force of entropy better known as pop culture. 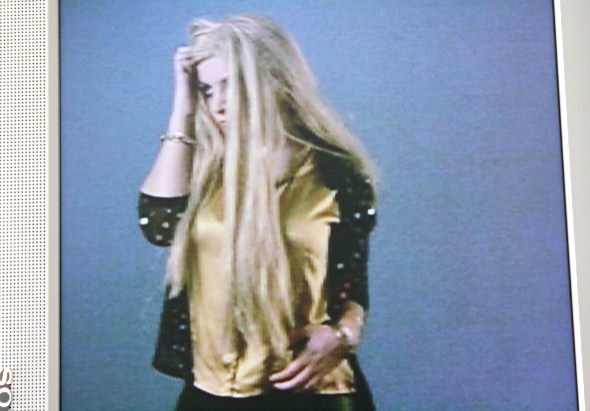 Meanwhile, Rayburn's videos focus on a different kind of space. Like Boetto, she creates lengthy static shots, only in landscape format, to investigate the relationship between creatures and their environment. She takes on the form of a bee pollinating flowers and a mysterious creature stranded in a snow drift to interact with a dog and its owner. These odd, somewhat jokey, behavioural studies manage to echo something else which Boetto's work addresses and that is the slippage between forms as the environment forces a body to undergo metamorphoses. 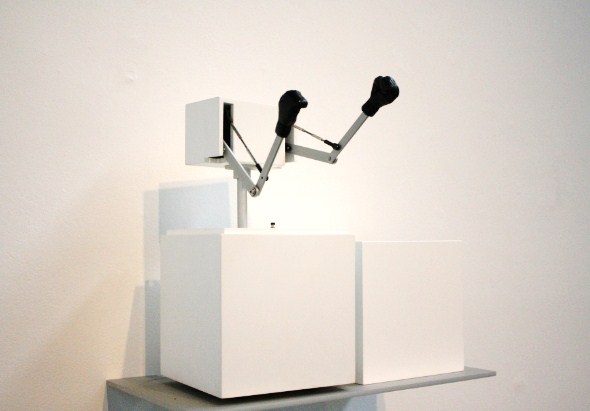 This exhibit at Olga Korper features a variety of artists working in mixed media and a complexity which grows the longer you spend time with it. Underlying the disparate works which curator Taiga Lipson collected is the theme of illusion and transformation. Simply by entering into the space, the viewer takes part in these games of illusion by being drawn into the various visual jokes which the works display. Some of these interactions are more overt, like Lois Andison's "the boxer" which is a pair of boxing gloves automated by the viewer. They punch out into mid air while, beside them, an empty platform waits for the opponent.

In rather different way, there is the play between various kinds of surfaces and reflections. Barbara Steinman presents a bird under glass and a cage on the surface, the two separated by frames. Meanwhile, Lynn Cohen's photo reflects a world behind the viewer that doesn't exist. Also on display is the wonderfully impressive "Self Printing book" by Donovan and Siegel, a strange and heavy brass creation which transforms a text into a monument.

If you're looking for other things to check out over the next week, there will be a new three person show at Bau-Xi Photo. "Fresh" will feature the work of Elliott Wilcox, Dan Dubowitz and Barbara Cole. Over at Propeller, Nikolai Petrov will be unveiling some of his sculptures which seem like ornate and rather charming miniaturizations of Constructivist architectural motifs. And Loop will have another group show opening on Thursday of mixed media works pondering the nature of messengers in the history of art.