We Rise, the Seven Samurai and West-End street art

One of the most visually appealing trips on the TTC lies between the Dundas West and Keele stations. West-end commuters will no doubt recognize the vibrant splashes of colour that cover the rear walls of the Bloor St. West storefronts.

One of those stores, cinephile-favourite Movie Art Decor, devotes a whole wall to various legends of film culture. Among them is the iconic shot of the samurai on patrol from Akira Kurosawa's Seven Samurai, while Max Schreck's depiction of Nosferatu lurks alone in the corner. And around the back of the building is King Kong rampaging through the New York City skyline. 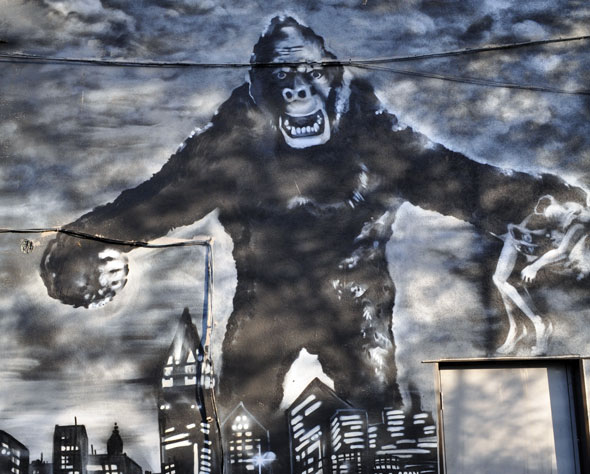 Directly across from the black-and-white styled mural is a much more colourful creation by Paola Bresba and Juanis Diaz, along with a large cast of contributors. "We Rise" reads loud and clear in one of the most positive-looking pieces of street art seen around the city. 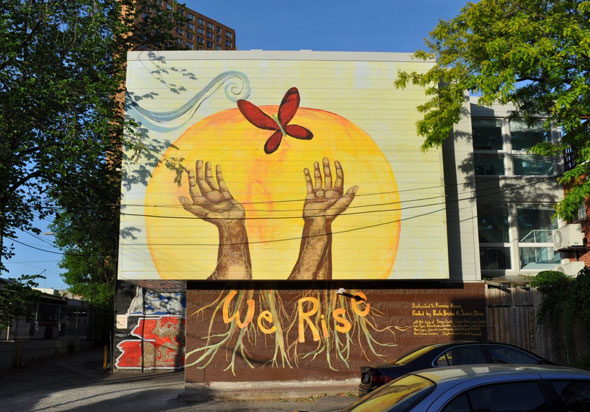 Further westbound along this path there's a wide range of cartoon and anime-like styles. Some pieces, like the cartoon representation of Toronto - complete with a streetcar, subway train and buildings come to life - are really better off seen up close and personal for the amount of detail put into them. 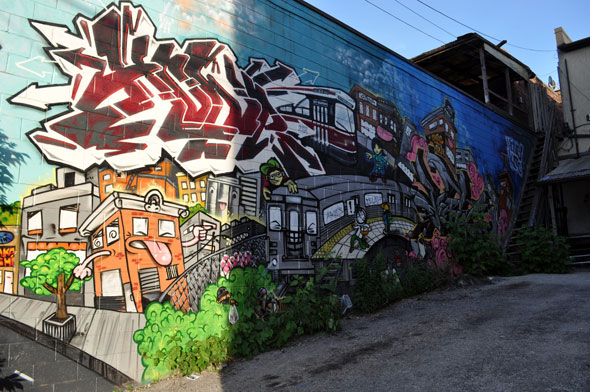 Finishing up this stretch of striking graffiti is what many consider to be the best part. A gorgeous scene of wildlife adorns the entire back wall of the Midas building, courtesy of the HSA Crew. While the piece excels at breaking up the bleak monotony of the everyday commute, it simultaneously acts as a reminder: instead of real trees, we see paintings of trees on the sides of buildings.