The circus arrives in Toronto

This long weekend, the Harbourfront Centre is hosting the eighth annual Toronto International Circus Festival, with three days of circus entertainment. The festival is one of HarbourKIDS' three annual weekend-long festivals. While the programs are geared toward children ages 5-12, the performances are entertaining for all ages.

I went down to catch the first day of the festival, and arrived just in time for Fireguy's skateboarding, balancing, fire juggling, and fire eating busker-style performance on the Redpath Stage (the smaller of the festival's two outdoor stages). 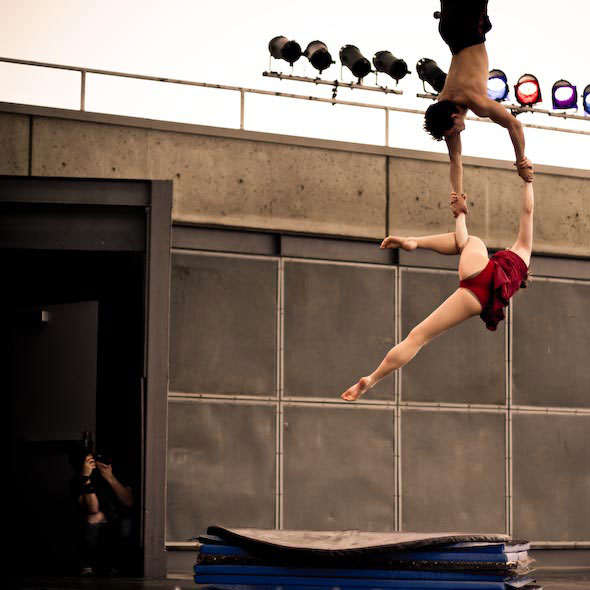 Organizers of Buskerfest take note: putting a performer on a stage really helps with sightlines, especially when children are in the audience. Speaking of children in the audience, I hope they didn't fully understand Fireguy's joke about how well his deep-throating of balls of fire on a stick went down at Pride last year.

Over on the larger Sirius Stage, two clowns hosted a show for a packed audience with various acrobatic acts, including silks and trapeze. 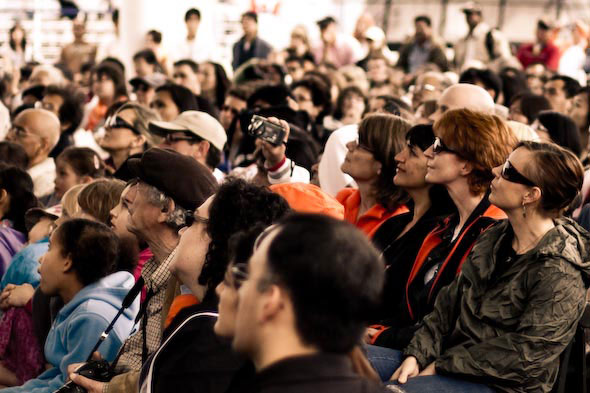 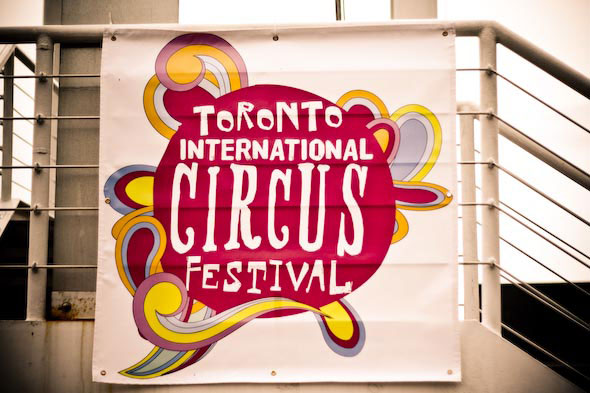 Writing and photos by Aaron Bernstein. View Flickr for the complete set of photos.