CONTACT 2010: Congo on the Wire by Finbarr O'Reilly, Thru the Roots group show, and Cross Section by OCAD third-year students

As per usual, there are countless exhibitions going on for this year's Contact Photography Festival. I chose three - one professional, one amateur pro, and one from up-and-coming OCAD students - to round out my holistic viewing purposes. This year's theme is Pervasive Influence, based on Marshall McLuhan and the 30th anniversary of his demise, so I thought it best to select a wide variety of shows, somewhat randomly, to subvert the influence theme. Let's start with the pro.

Finbarr O'Reilly - Congo on the Wire:
Finbarr O'Reilly is skilled with a lens. This much is clear. A professional photojournalist with Reuters, O'Reilly explored the Congo from 2002-2004 to unearth its natural beauty, but to also shed light on one of the world's deadliest wars. The World Press Photo award-winning photographer doesn't sugarcoat what he witnessed when he returned to the Congo in 2008 when a fresh conflict broke out. Throughout his thorough collection of shots, the photos show death, destruction and pain. 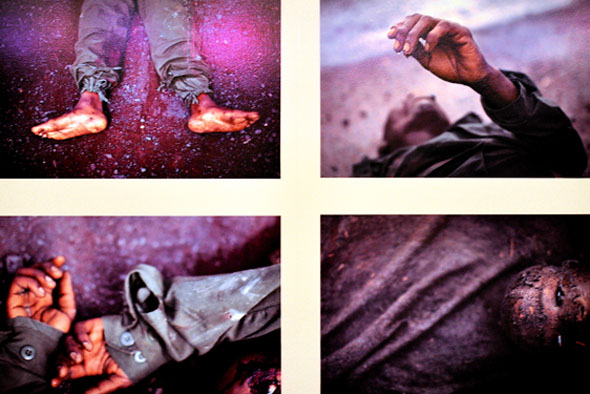 But the evocative, more poignant part of O'Reilly's work is the human angle in his photographs. Although a lot of the info cards hanging below the photos begin with "war-displaced," the focus is on the people. The close-ups of faces display the emotion, while the backgrounds of war and death set the scene. He doesn't shy his lens from anyone. Using a shallow depth of field, he tells the whole story by photographing the faces of soldiers, war-affected civilians and families, workers and the rigor mortis-inflicted bodies of the deceased.

Congo on the Wire is on display at the CBC in the Barbara Frum Atrium until May 16.

Thru the Roots - Robin Cymbaly, Matthew Marigold, J. Sutton and Kirsten White:
Nudity and exposure are clear motifs at this exhibit. The four OCAD alumni students banded together for a telling collection of dissimilar styles with similar themes. Walking into Czehoski, Robin Cymbaly's work lines the front of the bar. Her series, Come Play with Me, of innocent dolls placed in elaborate backgrounds explores both vulnerability and darker, unknown themes at once. 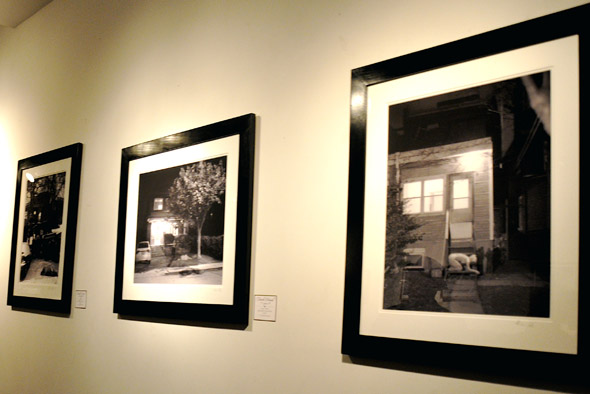 Moving to the back of the skinny bar, Kirsten White takes a unique approach to where you live in her series, Toronto Nomad. White's collection has her lying in front of her past residences in Toronto, buck naked. In the winter. Each photo is titled by the house, such as, "396 College St. W." The black and white shots, all taken at nighttime, are as beautiful as they are revealing. Kind of like the memories of where we used to live. Sharing the back of Czehoski's is J. Sutton's washroom series. 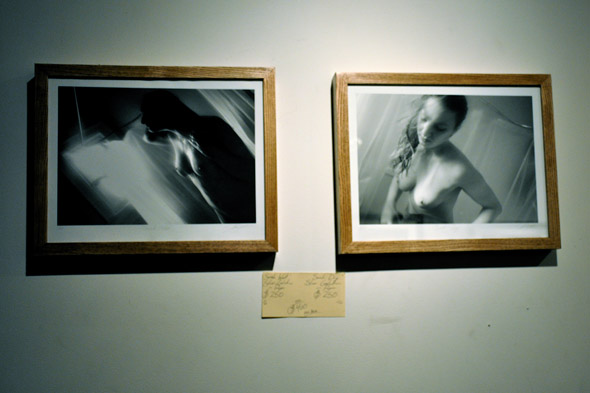 All in pairs, the collection explores one's typically intimate time in the shower. But for this collection, the intimacy is what's on display. Upstairs is a somewhat haunting collection with a Renaissance flavour from Matthew Marigold. Fusing painting-styled photography and ornate picture frames, Marigold let's his overt Romantic period influences run clear in his unique body of work. 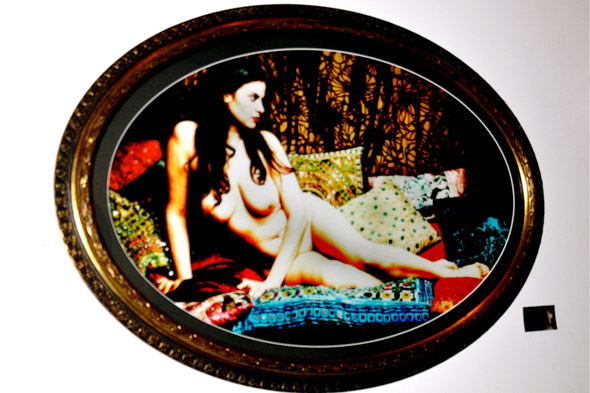 Thru the Roots is running at Czehoski until June 30.

Cross Section - OCAD Third-Year Students:
I enjoy coming across up-and-coming artists. You can see the various influences and experimentation with techniques and style. And sometimes the real gems of transcendent work. All are showcased at the annual OCAD third-year student group exhibition at Steam Whistle's historic Roundhouse. An annual part of Contact for the past few years, seven photogs from the OCAD photography program were chosen for the exhibition out of 60-something students. 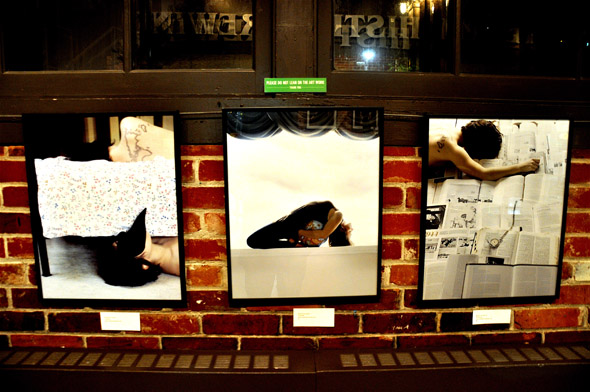 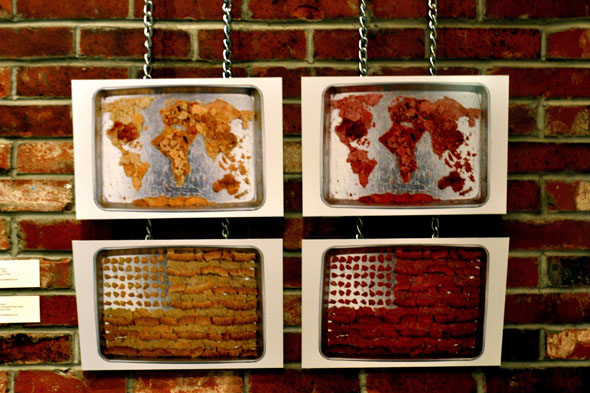 The catalogue of work had a few standouts. Katherine Lamb's Untitled series showcases three different shots of presumably the same model. Each tells an absolutely different tale with the woman sleeping on the floor, another in some Yoga-like position over a globe and the last sleeping on a collection of opened books. The American Pie series is also deserving of a shout-out. Not so much for its photography skills, but for the concept of creating a map of the world and the American flag out of pie. Yeah, it's clever, interesting and probably tasty. The "Director's Cut" version in red is definitely intriguing in its complication of America running the world with a red hue. Lastly, Matt Skujins' Hide/Real collection is fun with a grandma in S&M garb in one shot and typical grandma clothing in the mirroring photo, blanketed in black.

Cross Section will be on display at the Steam Whistle Roundhouse until May 21.

Writing and photography by Ryan Bolton.