The Lower Ossington Theatre is in the midst of a theatrical face lift that will hopefully transform it into a much-needed arts hub. It may not be new (it's been a performing arts space for four years, and before that, a dance studio), but it's primed to set the stage for a renewal of the dramatic arts on Ossington.

The 3800 square foot basement is outfitted to work as a rehearsal space and workshop however Catherine, the Director of Programming, is hoping to turn it into a multi-functional facility. A sort of cabaret space meets cafe meets community centre, "where people can be exposed to all of the arts in a meaningful way." 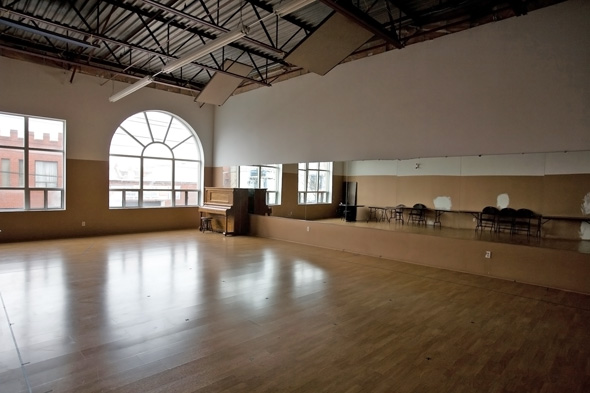 "It's essential to have places where people interested in arts and culture can go to explore their interests."

I think LOT has some great potential to be a unifying centre on Ossington. There are lots of spots on the strip where art is being exhibited but not created. LOT can be a permissive place for artists to meet and collaborate in as well as a location for art to be viewed and enjoyed.

"We don't have an interactive relationship with art any more," says Catherine. "The closer people are to the experience, the more it means to them."

"LOT is not just a theatre, either. It's a place for all artists, regardless of their background and discipline," she said.

The theatre is active, putting on plays by the Classical Theatre Project and Toronto Youth Theatre (who were rehearsing Rent when I was there,) but there are huge improvements to be made. 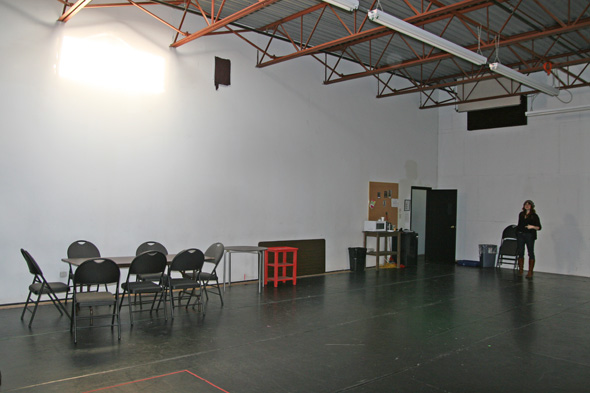 Better dressing rooms, better facilities, and better lighting will lead to a better program. Slowly but surely, these improvements are being made.

There are plans for an artist-in-residence, as well as artist talks. 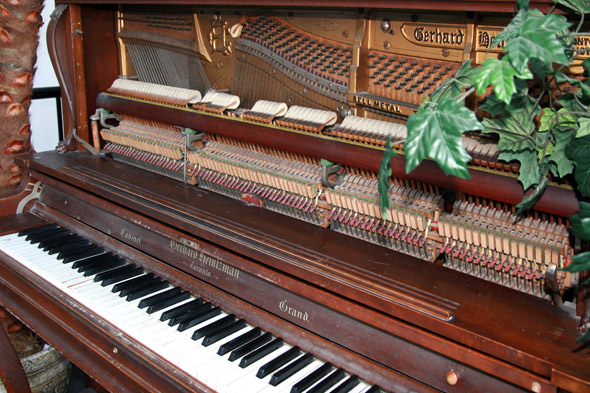 "Ideally, I'd love to see young parents who are savvy consumers of arts and culture able to take their kids here during the day for arts and crafts, then come back at night with their significant others to see a performance, " said Catherine.

Catherine is working on a development series, which would be an incubator of very new theatrical works. Count on top of that, a monthly series of Cabaret programs (like Les Coquettes, which Catherine co-founded), more intimate performances, a playwriting series, a reading series, a changing art gallery....

The potential for LOT is huge. Just a matter of time and money before everything comes up roses. 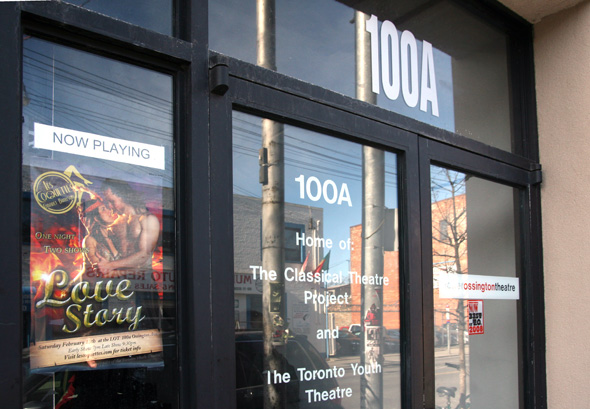