The Happiness Project Takes Over a Montreal Apartment

Charles Spearin, member of Broken Social Scene and Do Make Say Think, released an infamous concept album named 'The Happiness Project' in February of this year. The idea was brilliant in its simplicity; he interviewed people in his neighbourhood in Toronto about what their definition of 'happy' is. He took the recorded conversations and wrote music to accompany their answers.

Of course releasing a lauded album like that, on major indie label Arts & Crafts no less, begs the question...how do you tour the record? 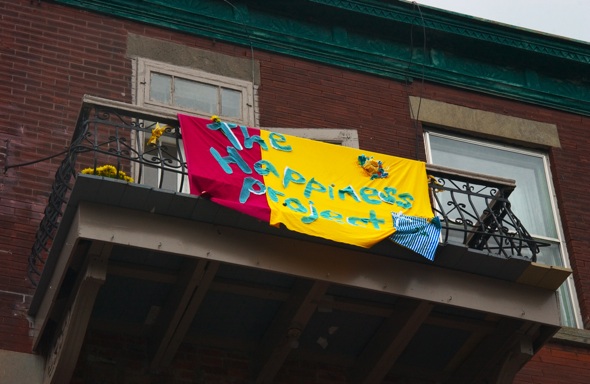 Local arts collective Artist Bloc came up with a clever solution: turn the album into a conceptual art installation. They took over a Montreal apartment and played a different track off the album in each room, designing the rooms to fit the theme of the songs.

It's a concept that matches the ingenuity of the original album. The sets, models and projections don't simply try to mimic the songs and their content, they build on the themes and ideas conjured by the original work. 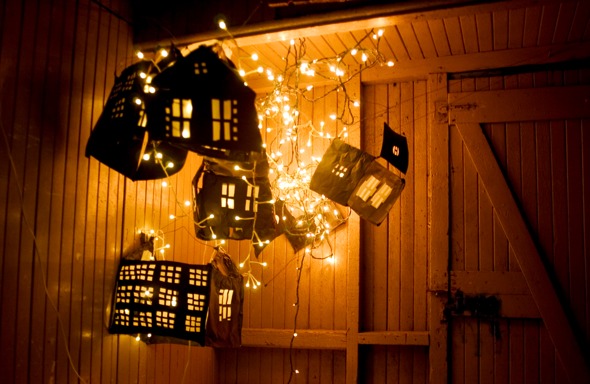 There were real, fresh baked cookies in the kitchen (they even gave me one) to illustrate the happiness, comfort, and warmth a family can provide in your life. Another room featured a video of children dancing carefree in a school gym; it accompanied a kid's interview about the happiest parts of going to school.

I asked Aaron Kopff, Diana Prelevic and Norman Wong, all members of Artist Bloc, about what they plan to do with the show next.

"Montreal was a testing ground." They told me. "Charles hasn't seen the exhibit yet but we think he'll be excited by the response and warmth it's received so far. We're planning on taking it on the road after Pop Montreal; Toronto is definitely on our list."