Nuit Blanche in Photos - Zone B

I found Dan Mihaltianu's Vodka Pool to be a tremendous letdown. The pool of 80-proof vodka seemed half empty by the time I arrived at Commerce Court West, and pennies were scattered throughout the reflective liquid. 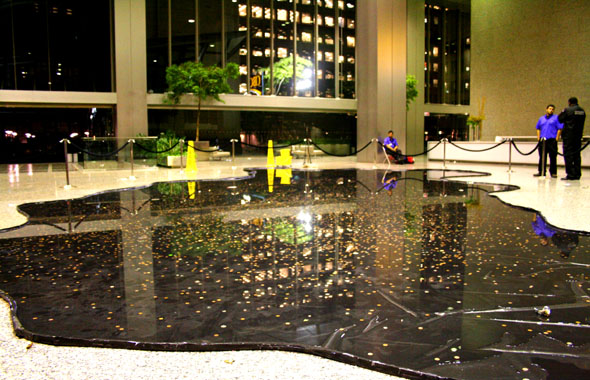 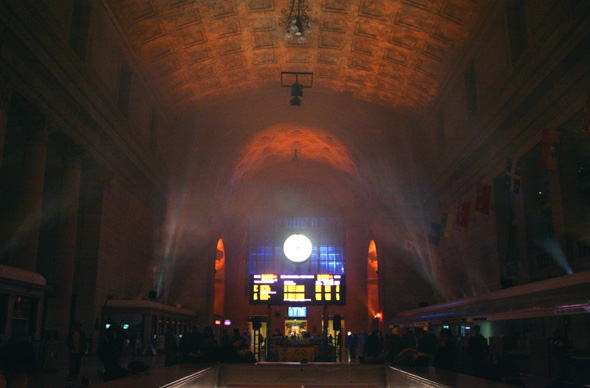 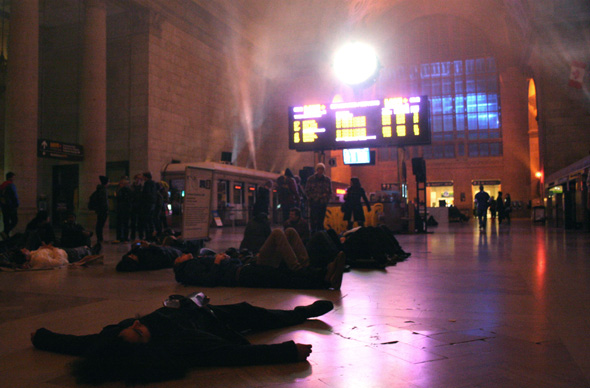 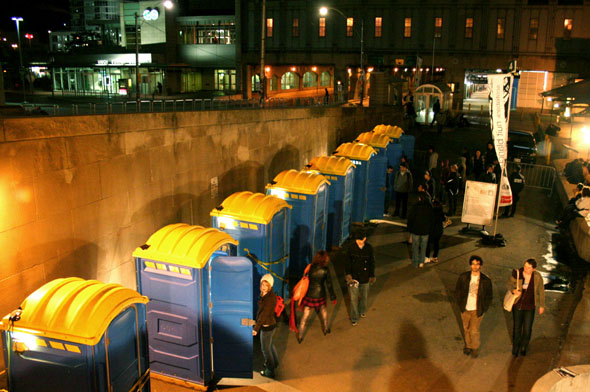 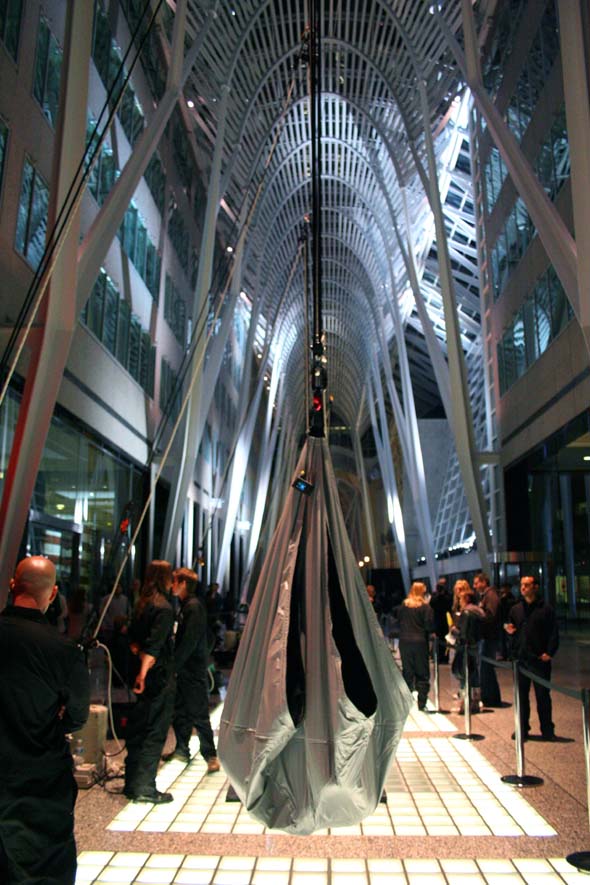 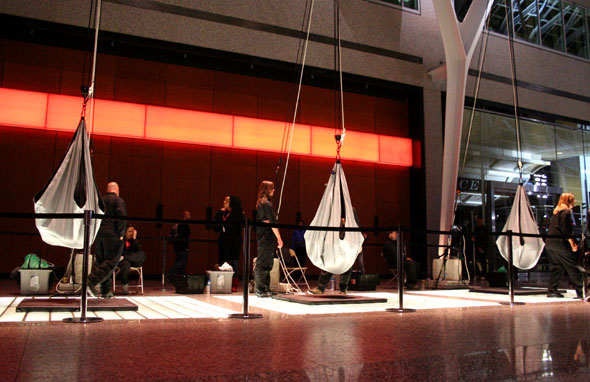 By far the creepiest of all projects that I saw, the Witches' Cradles were suspended from the ceiling of Brookfield Place. Volunteers climbed into these gently swaying pods while their heart rate was monitored to ensure their safety. These cradles were originally used to torture and punish potential witches through sensory deprivation, but were later reclaimed and utilized to induce prophetic visions. 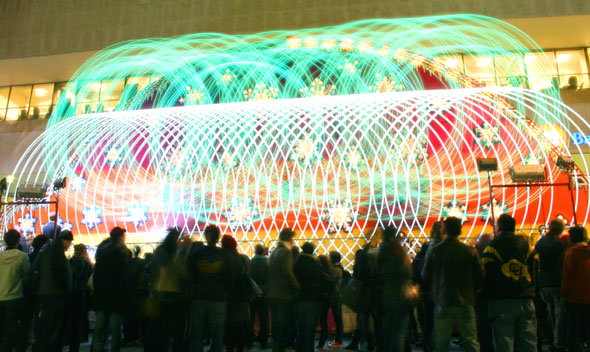 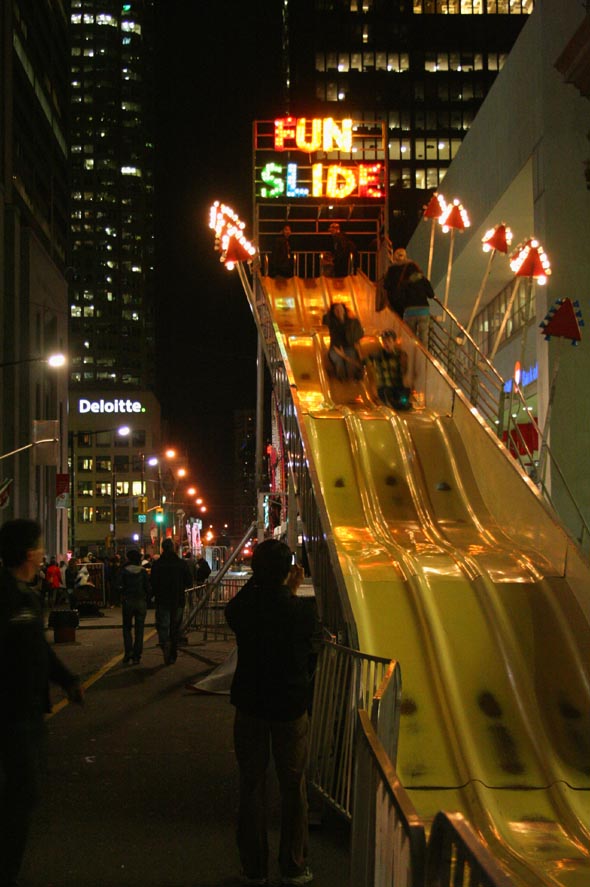 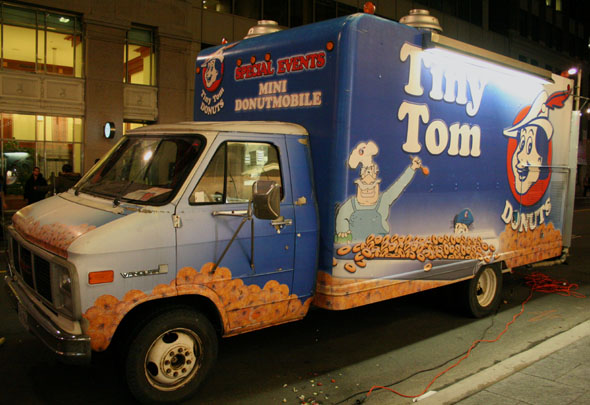 It's not every day that you get to see a miniature carnival in the heart of Toronto's Financial District. The two rides jolted me up and down, symbolizing economic instability from rise to collapse, reminding me that it all comes full circle. Amusement park food was abundant, and I couldn't resist corn-on-the-cob. For those with a sweet tooth, the infamous Tiny Tom's Donutmobile was on site to meet their sugary needs. 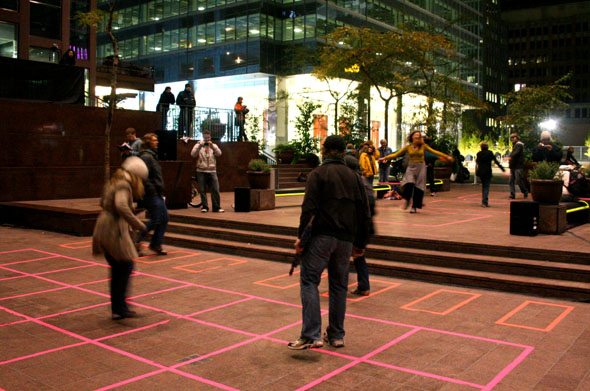 Located at the north side of Scotiabank Plaza, Sounding Space was by far my favourite installation in Zone B. Kinaesthetic orchestration turned dance steps and hand waves into electronic sounds. Musical phrases triggered by feet and bodies filled the plaza with discordant sounds and simultaneously turned dozens of people into DJs.

Lead photo by asianz on Flickr. Writing and other photos by Matthew McAndrew.

Got photos of Zone B? Please add them to the blogTO Flickr pool, with the tag: nuitblanche2009zoneB and they'll appear here: