Nuit Blanche in Photos - Zone A

Last year, the lights at City Hall flickered on and off one half of the building battled the other in an epic, all-night game of Pong. This year I saw a plethora of four letter words suspended in the air illuminate the crowds at Nathan Phillips Square. 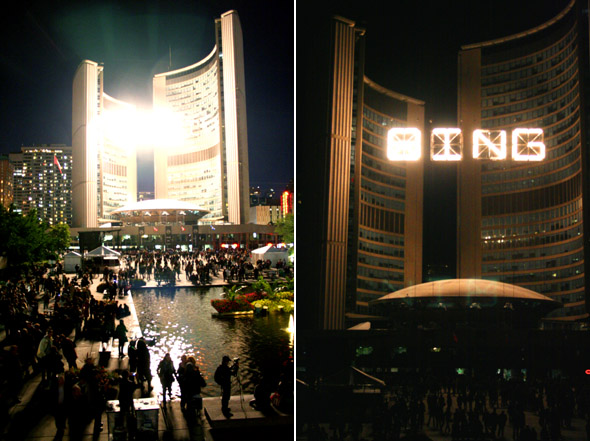 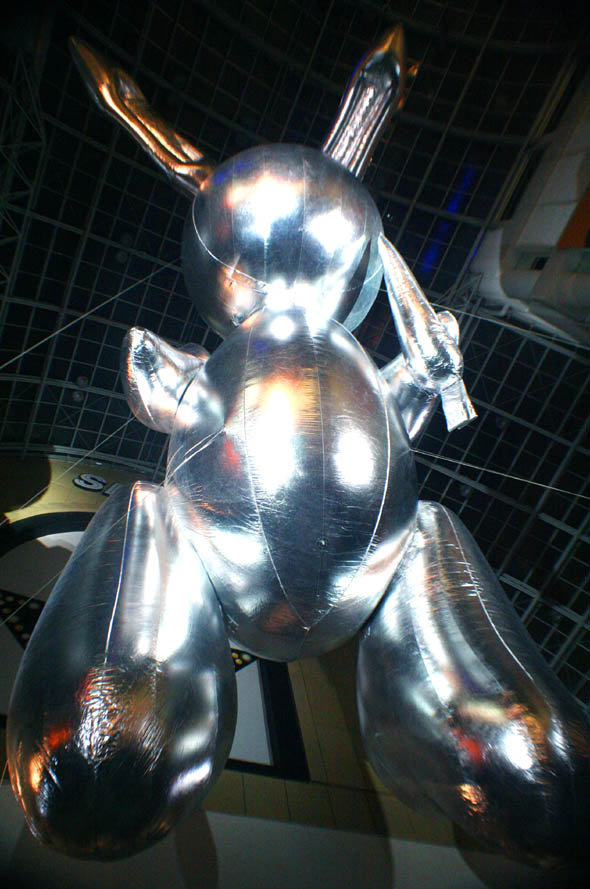 Jeff Koons' Rabbit Balloon was stuffed inside the north side of the Eaton Centre. I felt that this exhibit was anticlimactic, as no lights or sounds were used to accentuate the giant, reflective silver bunny. 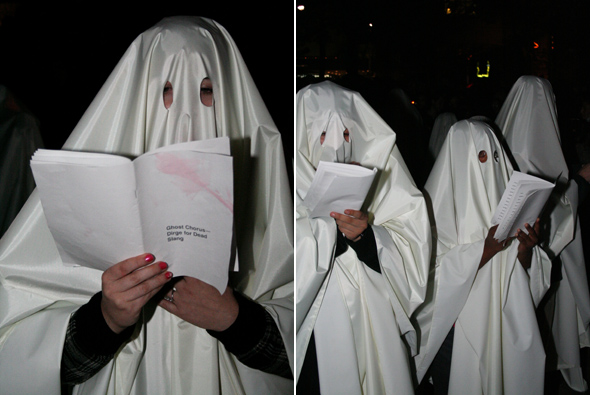 The men and women hidden beneath a thin, white veil could barely contain their laughter as photographers circled the chorus of ghosts. 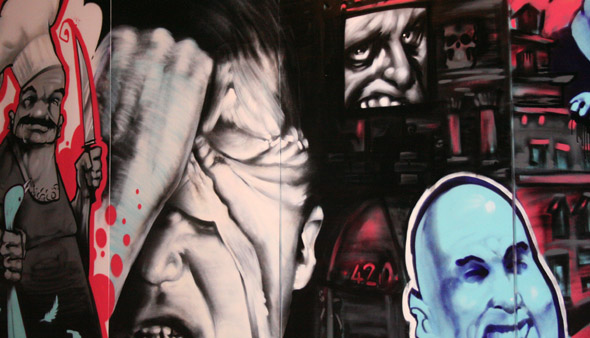 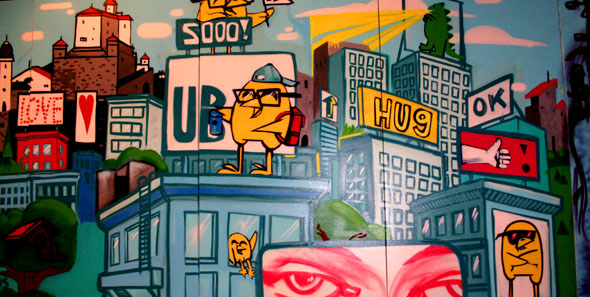 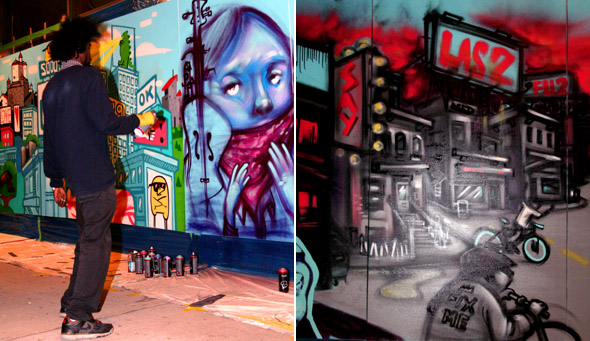 The line-up to get into the AGO was massive. A number of artists contributed to a beautiful, spray-painted mural, reminiscent of the ones set up at Manifesto in the last couple of years. Personally, this was one of my favourite projects this year, but I'm a sucker for good grafitti. 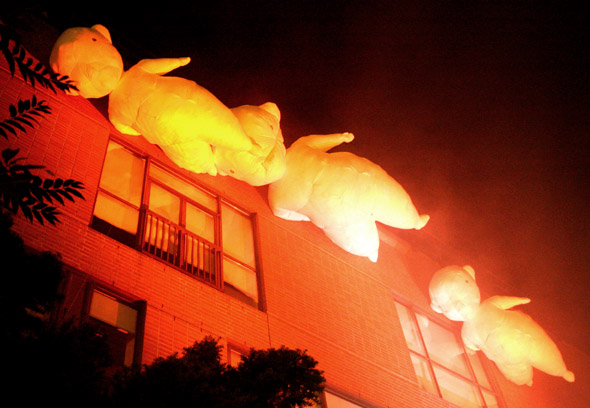 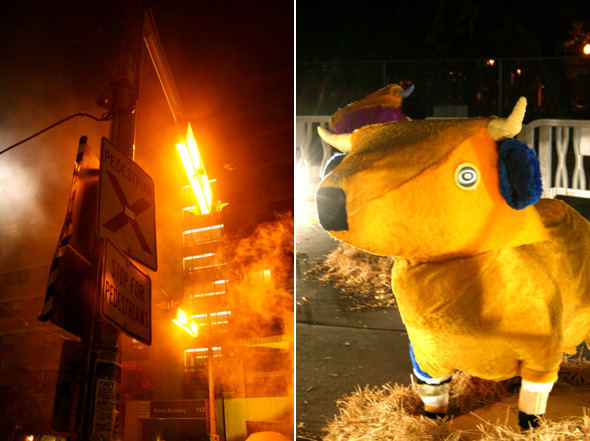 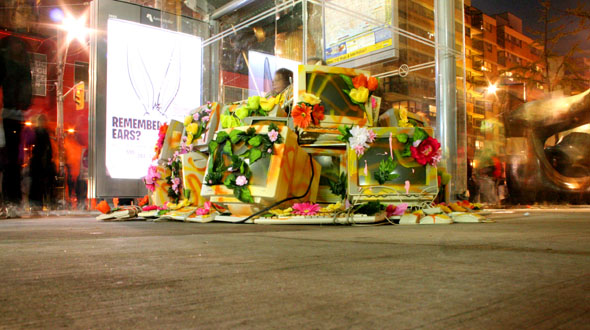 McCaul Street was engulfed in smoke as inflatable white cloud-like elements were scattered along the sidewalks. A few of the clouds managed to climb their way up to the roof of OCAD, and the ones that remained on the ground somewhat resembled the Michelin Man. 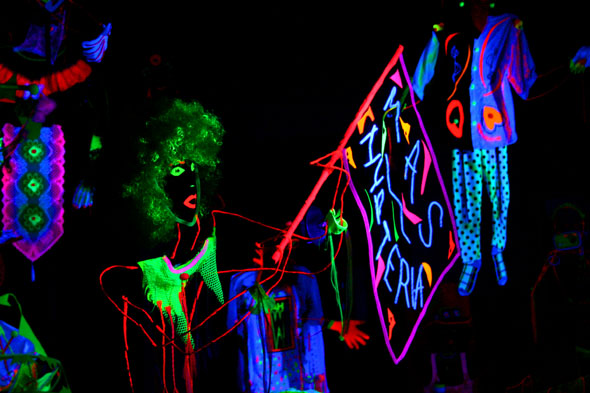 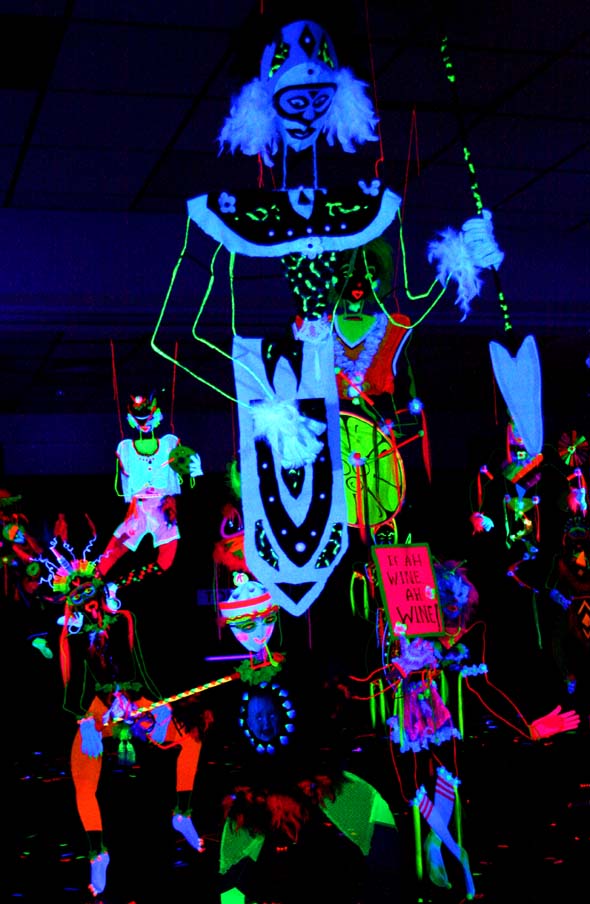 The surrealist, glow-in-the-dark sculptures of elongated bodies and babies definitely channeled the visual imagery seen at Carnival celebrations across the world.

Lead photo by Donnay on Flickr. Words and other photos by Matthew McAndrew.

Got photos of Zone A? Please add them to the blogTO Flickr pool, with the tag: nuitblanche2009zoneA and they'll appear here: