Steichen and the Vanity of Portraiture at the AGO and ROM

In recent years Toronto has come be to be known as a hotbed of photography through the CONTACT festival, and this year's TIFF only served to reinforce our status as a high profile, drop-in centre for celebrities gleefully posing or yelling at paparazzi.

It should come as no surprise, then, that two of our recently-renovated monuments to art and culture, the AGO and the ROM, should coordinate efforts and bring two lush touring exhibits of celebrity photographs to this city at the same time - the AGO's "Edward Steichen: In High Fashion, the CondĂŠ Nast Years, 1923-1937" and the ROM's "Vanity Fair Portraits: Photographs 1913-2008". 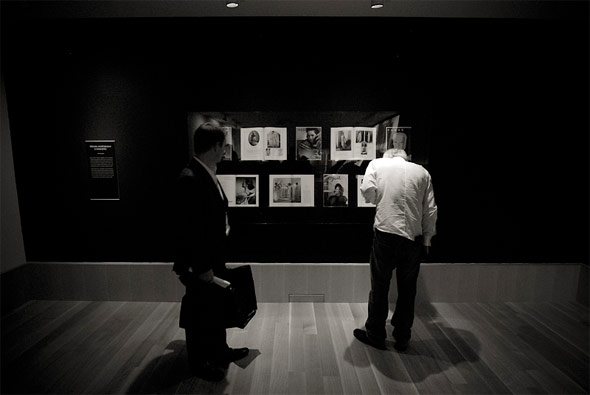 Spanning the 20th century, the exhibits explore celebrity through portraits that helped to define the very meaning of the word. The AGO's Steichen exhibit features over 200 examples of the master photographer's fashion and society portraits for Vanity Fair during the 1920's and 1930's. There is also a brief film in the exhibit's entry area showing Steichen at work.

The portraits themselves are exquisite, skillfully printed and jarringly different from what we are used to seeing in celebrity portraiture today. Rarely-seen portraits of Marlene Deitrich, Lillian Gish, Douglas Fairbanks, Jr. and Charlie Chaplin among many others are included, as well as examples of Steichen's fashion work for Vogue and other CondĂŠ Nast publications. 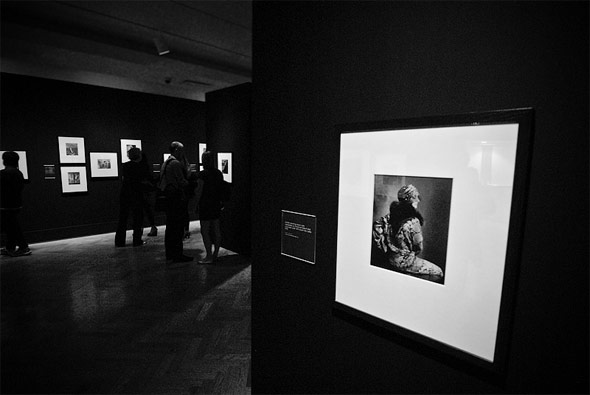 The sheer quantity of works on display will delight any fan of Steichen's or photography in general - you could spend a good hour or more just drinking it all in.

The gallery itself is lit sparingly, the walls painted in a bold, dark purple, forcing the viewer to concentrate on the photos 'in the spotlight'. Most of the portraits are 8" x 10", inviting the viewer to take a closer look. Steichen's skill in creating new and imaginative ways to portray his subjects' personalities were arresting in their day and they retain a great deal of that impact even now.

Many of his portraits were a shock to the viewing public at the time -- simply because they stepped out of the usual mold of staid, formal portraiture. 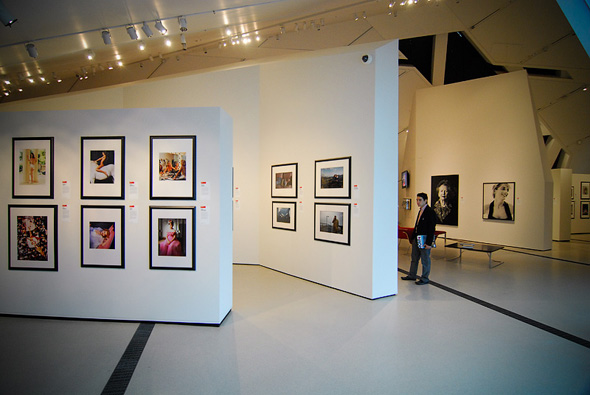 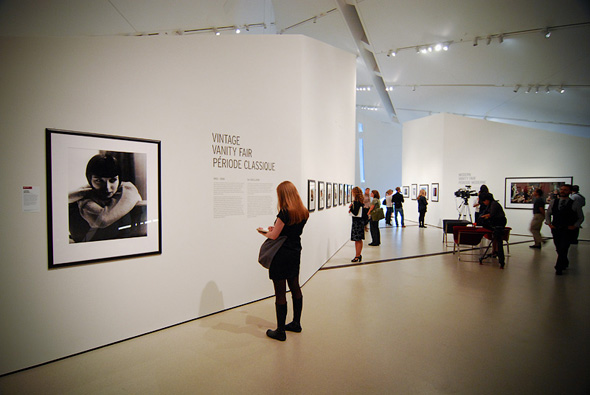 A quick subway ride away, the ROM's Vanity Fair portrait show is considerably more open and airy, hung as it is in the ROM's newly reconstructed Roloff Beny Gallery in the Michael Lee-Chin Crystal. With 35' high ceilings and dramatic, iceberg-inspired interior wall shapes, the Beny space is perfectly suited to display the often striking (and sometimes very large!) portraits in the Vanity Fair collection. 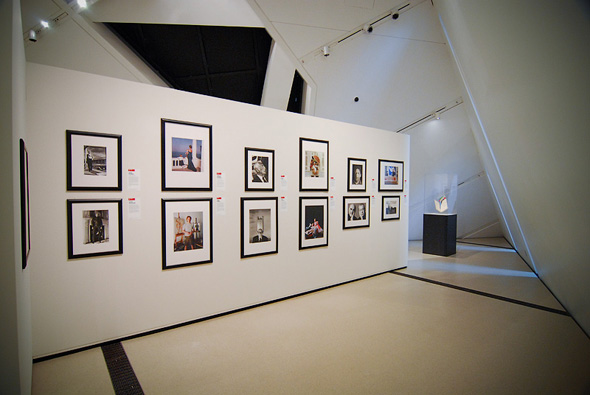 The Vanity Fair exhibit begins with a collection of issues of the magazine dating from its original run from 1913 to 1936 to more recent issues up to 2008. They were under glass, sadly, and I longed to flip through the early numbers' pages.

The 'classics' portrait collection includes more of Steichen's work and many portraits from others (such as Man Ray, the great Dadaist photographer) who worked for the magazine during his tenure as VF's chief photographer. Moving further in, the portraits from VF's rebirth, 1983-onward show quite clearly how much celebrity portraiture has changed.

Portraits by Annie Liebovitz, Mario Testino, Bruce Weber and others capture the impact of their subjects' stardom as much as they do the stars themselves. There is a very clear detachment from anything real, and whereas many of the earliest portraits contain an almost endearing awkwardness, any sense of the private humanity behind the celebrity veneer is absent in the latest works.

Celebrity portraiture now seeks to reinforce the star's chosen image and, seemingly, to go to great lengths to do so. Liebowitz's portrait sessions in particular are renowned for their incredible complexity, requiring legions of assistants and commanding breathtaking budgets to carry out. Clearly we enjoy these portraits, as they sometimes become events into themselves. 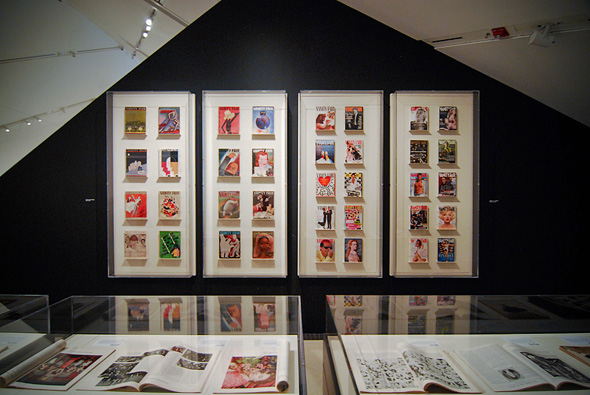 Who could forget Liebowitz's portrait of a very pregnant, nude Demi Moore, who later posed nude again, pregnancy weight dieted-off, clothed only in a painted-on pinstripe suit? Revealing the portraits may be, what was really on display was vanity itself. Liebowitz, for her part, has said "A thing that you see in my pictures is that I was not afraid to fall in love with these people."

All of this runs in stark contrast to the new, TMI-inducing tabloid photography that threatens to bring a little too much realism into the game. What would Steichen have thought about paparazzi? He once said, "The mission of photography is to explain man to man and each to himself. And that is the most complicated thing on earth." Complicated indeed.

Both exhibits run Sept 26 to Jan. 3, 2010 and catalogs of the works in each show are available from the usual retailers.