Where there is crisis, there is opportunity.

Alex Fischer, an emerging fine artist, is doing well. At a time when art collectors can't afford $50,000 canvasses by established Toronto painters, hunger for affordability and innovation are opening doors to new faces and ideas.

Born in Walkerton Ontario, Alex's interest in the arts has always been paired with a passion for computers and technology. Most kids draw with crayons; he was using a 16 colour DOS computer program as his first canvas.

"It was pre-MS Paint; you could design colour patterns and that's about it. When I got a bit older I moved on and started gridding and redrawing film posters from newspapers. Not exactly typical elementary school art class stuff, but that's OK."

Alex is part of a group show right now at the O'Born Contemporary Gallery (710 Yonge, just South of Bloor.) His canvasses are entirely computer generated; they're best described as abstract digital paintings. The show is a hit; his work has been selling quite well.

"The term that's been used by the art community is 'expanded painting'. The definition covers any painting using projection or computer imaging...for me I basically paint on a computer. Of course I don't like to be called an 'expanded painter' because it sounds really silly." 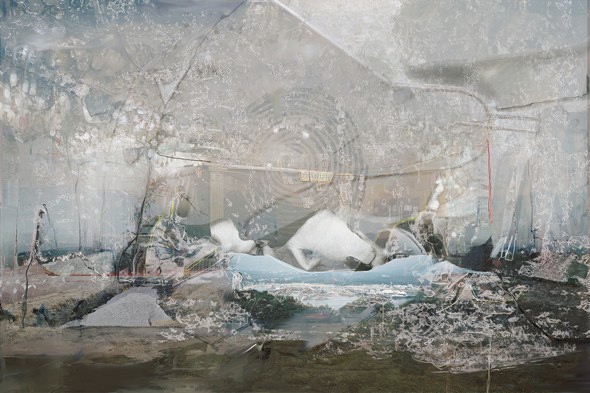 His large canvasses are striking; especially in person. The tiny versions on his website don't do them justice, they have to be seen full size to get the complete experience. With the care and detail involved it's hard to believe he created the images on a laptop screen.

"Tactility is kind of an issue with what I'm doing; simulating texture. The larger ones take between 100 to 200 hours to complete; even though they are computer generated I find them more work intensive than a typical canvas. The process is about scanning in textures and photographs and creating the rest with Corel Draw."

Alex has a solo show coming up in October at the Spoke Club and his work is appearing in the autumn issue of Blackflash magazine. He's finishing up his degree at York this year, but after that he'll likely be going abroad to complete his Masters.

"I'm probably heading to London or New York. One quirky thing I've found about the Toronto art scene is that they want you to continuously justify your work; you have to have a treatise ready if you want to do a show. In New York or London if the work is fresh or good people will buy it.

Of course the climate right now is really good for emerging artists, so I've been fortunate to get so many opportunities in the city. An economic downturn can open up people up to new concepts and ways of doing things." 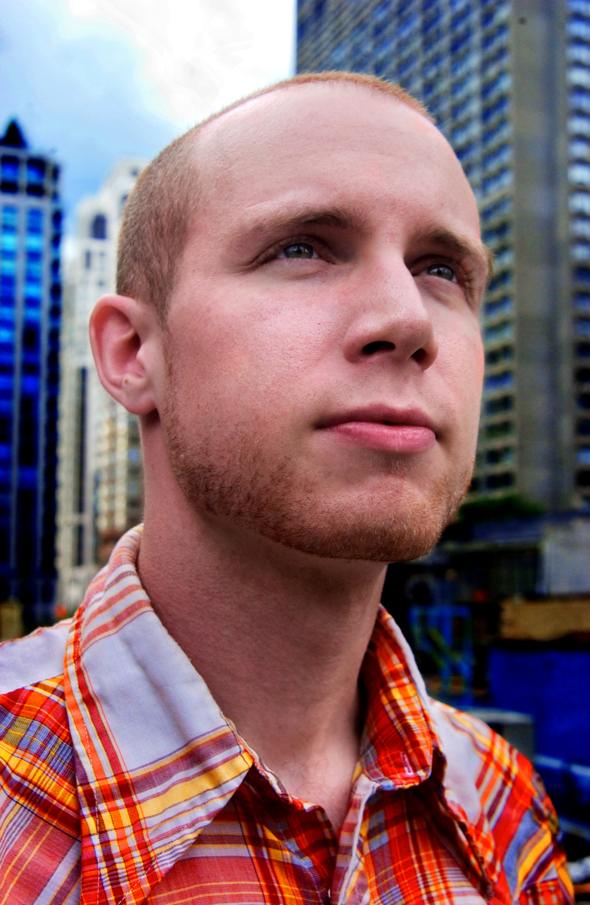