Museum of Television gets Timely Relaunch

Moses Znaimer relaunched his Museum of Television (MZTV) & Archive in Toronto on Monday, coinciding nicely with the 40th anniversary of the day that the whole world was watching TV as we put the first man on the moon.

The museum originally opened in April 2002, and now features historical TV sets like the RCA Phantom Teleceiver set from the 1939 New York World's Fair, Marilyn Monroe's personal TV set (a 1957 Magnavox) and a 1928 General Electric Octagon, which was used for experimental broadcasts in New York City. The new location of MZTV is at 550 Queen St. E. (at River St.).

Many of the televisions on display at Znaimer's museum are from the Space Age, where fashion, furniture and common household items began to mirror space shapes, such as Japan's Panasonic TR-005 Orbital from 1972, pictured below. It was neat seeing many of these TV sets still operational and working. Znaimer in the spotlight, his image appeared on many of these relics as he took to the microphone to welcome the media at the gathering. 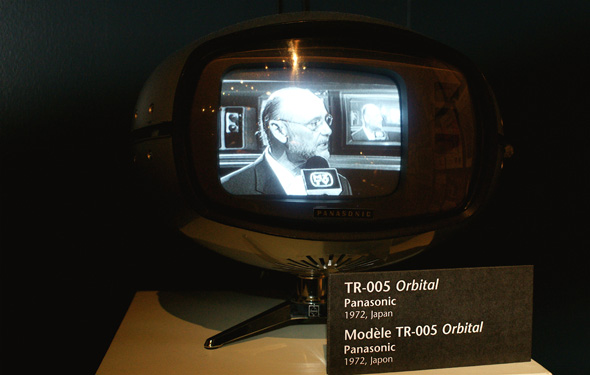 Deluxe, spherical, colour televisions, such as Group Systems' Kerakolor from U.K., emerged in 1969 (the white TV, below). It was kind of neat to see all these wierd and wonderful contraptions, most of which came about before I was born. TV sure has come a long way in more than just hardware form and function. 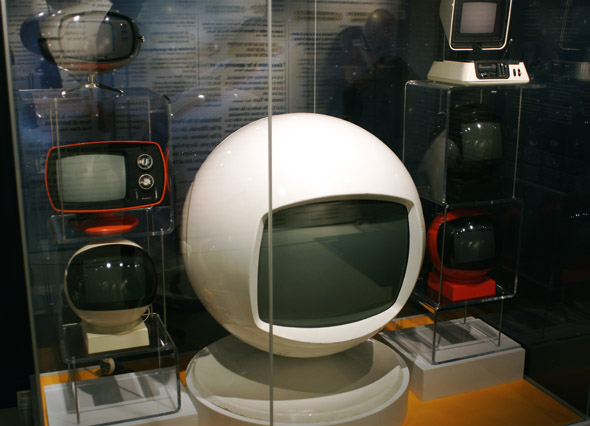 One of the most entertaining aspects of the place was The Writing on the Wall which featured quotes from famous people about television. 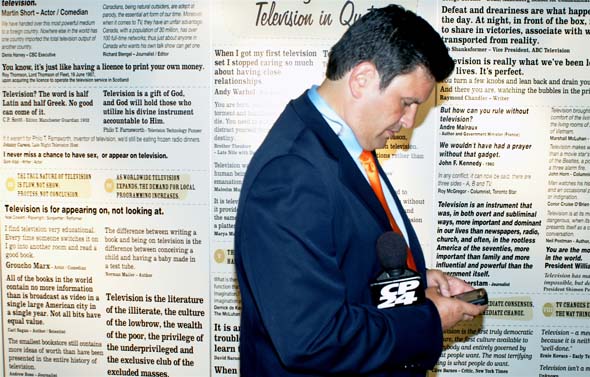 Some of my faves included one from Andy Warhol. Perhaps the same could be said about the internet today? There's plenty more amusing quotes from the wall that you can see in the photo slideshow at the bottom of this page. 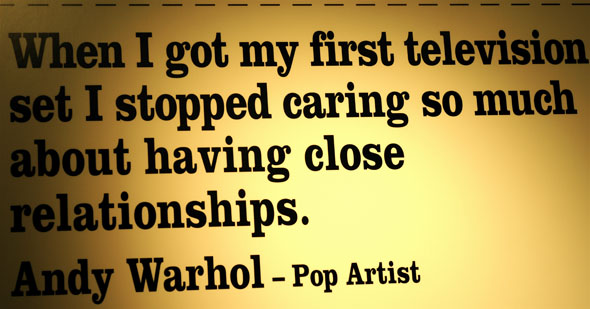 By far the most outlandish of all the TVs that I saw was a big showpiece from Germany, circa 1957, called the KUBA Komet (pictured below). It included long- and short-wave radios and a phonograph in the cabinet below the screen. 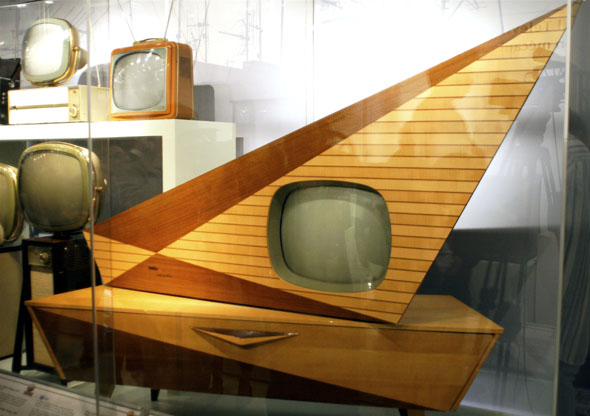 While I wasn't around for the historic Apollo 11 moon landing, I remember exactly where I was, watching TV when the Space Shuttle Challenger disaster happened. 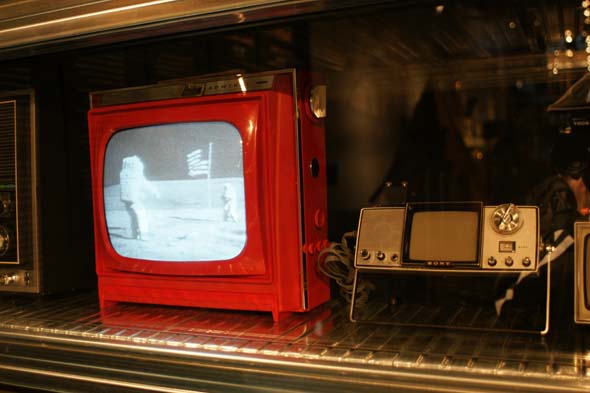 Speaker's Corner was an institution at Znaimer's Citytv empire, enabling any Joe off the street to hop on his soapbox for a minute, only to be later broadcast to the masses. Old episodes of the popular TV show that it spawned were displayed on a much older TV set in the museum. But you could still have your say at the original Speaker's Corner booth too, if only for old time's sake. It's a shame that Rogers Media cancelled the weekly series about a year ago. 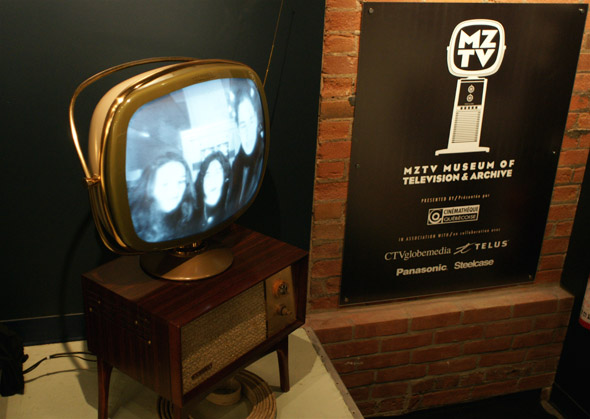 Other interactive media has largely taken its place, as evident in the flat-screen touchscreen monitors in the museum, where you can learn about the history and significance of televisions throughout the years. 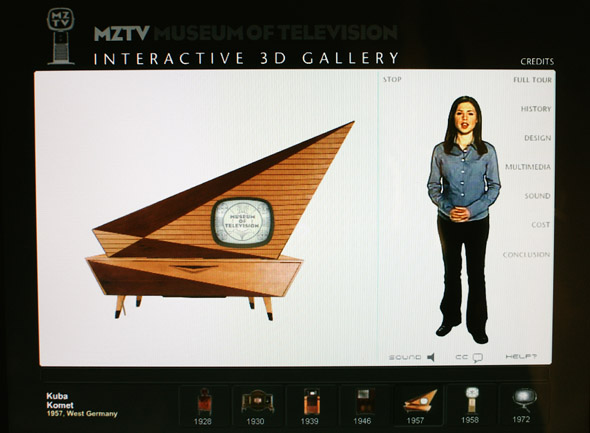 I asked Znaimer what his earliest memory of TV. He said that, when he lived in Montreal as a kid, there was a family who owned a corner store who were the richest family in the neighbourhood. "I remember being invited into their home, which was at the back of their store, to watch Wednesday Night Wrestling." This was back in 1952. 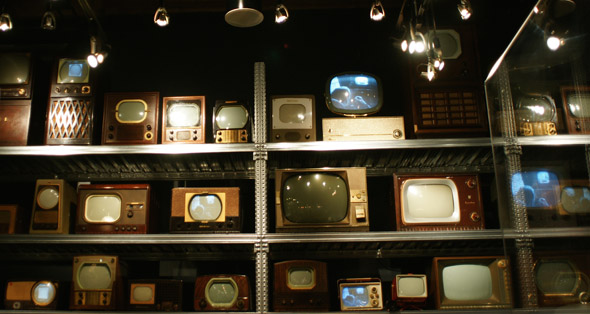 What's your earliest memory of television?

More photos from the MZTV relaunch in this mini photo slideshow below: