The Toronto Just For Laughs Festival is just underway, celebrating its third anniversary with 42 shows in 11 venues over five days.

If you weren't quick enough off the mark to score tickets to one of the two Sarah Silverman gala shows on Friday night at Massey Hall, or one of Nikki Payne's My Big Fat Donated Kidney shows at the Comedy Bar this weekend, there's still lots in store to make you LOL.

Quebec's Gregory Charles (pictured above) showed off some of his musical chops yesterday at the Glenn Gould Studio during the festival's media preview. Expect him to dazzle you with his nerdy musical knowledge at the free Yonge-Dundas Square shows, on Friday from 6 p.m. to 11 p.m. and Saturday from 5 p.m. to 11 p.m. Toronto's own Russell Peters will once again wow the crowd, along with Angelo Tsarouchas and Steve Byrne, on Saturday at 8:30 p.m. 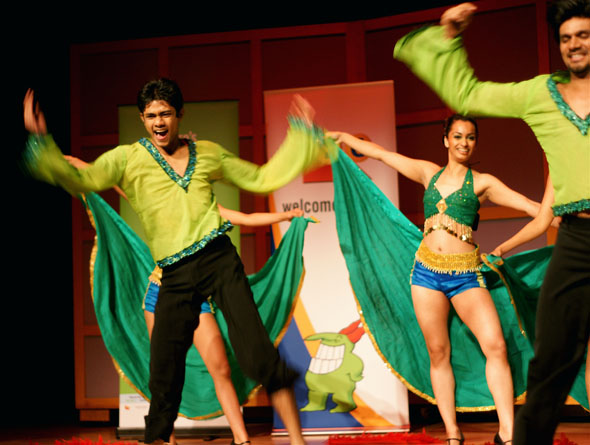 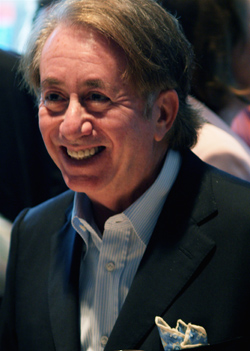 If you're into British Comedy, you ought to check out WestJet's Britcom Gala hosted by John Cleese Saturday night at Massey Hall for one of two shows at 7 p.m. and 9:30 p.m.

Part of the program this year is more street shows, including additional Bollywood-themed entertainment from dance group Shiamak Davar International (pictured above) and the Gure Brothers bringing their Indian Dhol drums to life.

Throw in a little circus act, trampoline and break dance and you've got yourself a variety of amusing talent.

This year, they're upping the multi-ethnic and foreign language component to the comedy festival, which will include Danny Bhoy, Steve Byrne, Rachel Feinstein, Dodfrey, Akmal Saleh, as well as Paul Verghese, Sunil Pal and Papa CJ performing in Hindi.

Or perhaps you're more into the brand of stand-up that Mark Breslin (pictured right) will offer in the Headliners series at Yuk Yuk's. Comedians include Tonight Show veteran John Caparulo, Last Comic Standing's Gina Yashere and Flight of the Conchords star Arj Barker.

Whatever you choose to see, you're sure to find some hearty laughs at this year's Toronto Just For Laughs Festival. Get your tickets soon, as many of the shows are selling out fast.