Pulled from the Periphery: Ryan Dineen at Show & Tell

The last time I visited Show & Tell Gallery I asked the owner, Simon Cole, why he got into the art business. Among the various reasons, he highlighted one in particular: the art of Ryan Dineen. Being a passionate admirer of Dineen's work, Cole was intrigued by the possibility of providing him wider exposure via gallery representation. Then, by way of further explanation, he gave me sneak peak of one of the pieces to be featured in Dineen's next show at the gallery. It was impressive - so much so that I promised to review the show when it opened.

And so it was that I found myself racing a thunderstorm last Friday on my way to have a look at "In the Peripheral," Dineen's latest exhibition. Arriving before the skies opened, my initial relief transformed into visual engagement as I slowly strolled through the gallery taking in a wider sample of the artist's work. This, his second solo show at Show and Tell, examines scenes and objects from the urban landscape that, due to their frequency and perceived banality, often fail to capture not only our aesthetic imagination but our attention altogether. They exist, as the title of the show suggests, in the periphery (please excuse my grammar policing!). 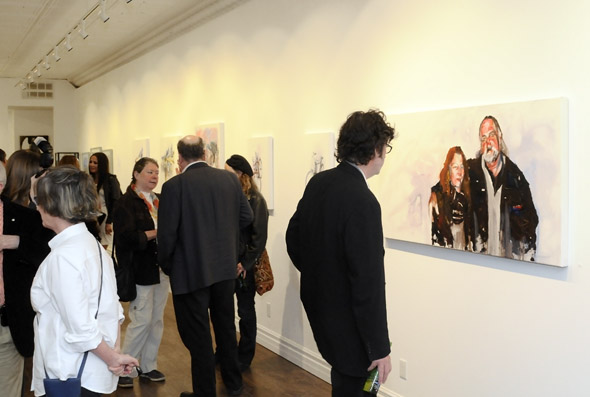 What kinds of things fit this description? Think of old bicycles, rusted out cars, people walking down the street, and of course, flocks of pigeons. What I admire and enjoy about Dineen's work is the degree to which it rubs up against its own denomination. By painting that which often goes unnoticed, he effectively brings his subjects out of the periphery and into focus. This is true on a formal level as well. Most of his canvases feature subject matter depicted virtually in isolation, bereft of detailed backgrounds that might distract the viewer. These representations, which at times flirt with abstraction, ask us to reconsider our conventionalized neglect of the object in question.

This isn't, of course, a particularly novel idea. It'd be easy to trace a lineage of artists who've engaged in a similar project. It might even be fair to say that a defining characteristic of modern art in general is the desire to defamiliarize the so-called 'everyday object.' But I want to be careful about just where I place Dineen's work here. I don't think his goal is to make grandiose theoretical interventions in the vein of Marcel Duchamp's readymades. On the contrary, his focus on snippets of everyday life and its objects reveals an intimacy and care that's completely at odds with works that are so philosophically inclined. If there's a statement here, it's far more earnest. These works say, "stop and take a look around - what you see might just be beautiful." 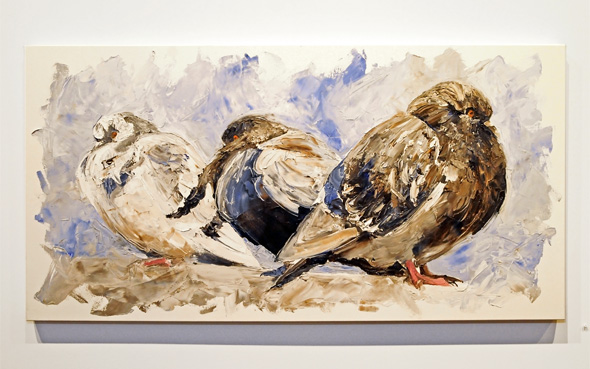 I think it'd be wrong, however, to confuse this earnestness with simplicity. In what might be my favourite examples of Dineen's technique, his two paintings of a rust-bucket car (one from the front, the other from the rear) reveal how he uses colour to reveal the aesthetic potential of a seemingly unremarkable object. Instead of focusing heavily on the brown and orange tones that characterize rusty old cars, Dineen translates the rust into bursts of saturated red, blue and yellow while using washed out, wide brushstrokes in key areas to signal the oxidized texture of the metal. Both of these gestures find their inspiration in the nature of the actual object, but work to highlight the pleasure of its aesthetics via exaggeration. Far from examples of visual sophistry, these and Dineen's other paintings demonstrate that our own gaze often determines the gratification that an object gives us. 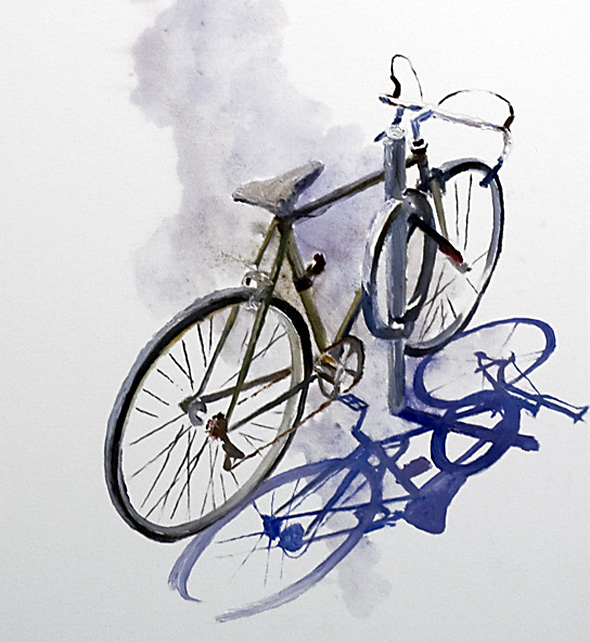 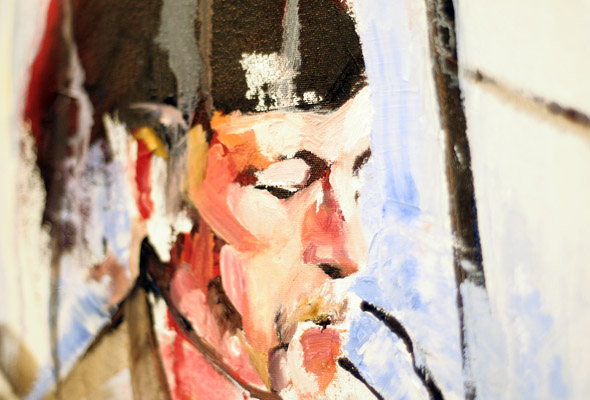 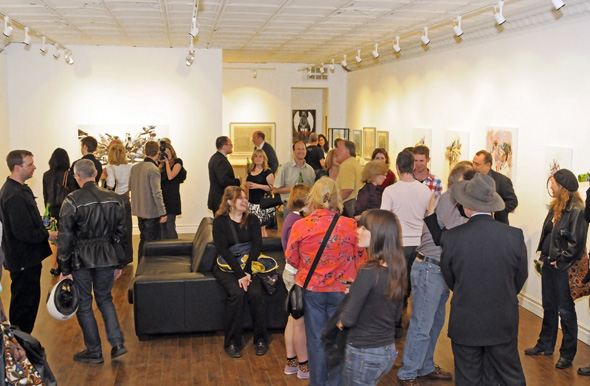