The idea behind Jeff Harris's 3653 Portraits doesn't seem particularly novel these days. Swing by a photo-sharing site like Flickr, and you'll see thousands of people who've committed themselves to take a self-portrait each day for an entire year. But step back to 1999 when there was no Flickr (founded 2004), Facebook (also 2004), nor YouTube (early 2005), and all of a sudden Harris's archival portrait project seems a little, well, prophetic.

While the aforementioned technologies have inundated us with more images and video than at any other time in history, it's also intriguing to consider that so many of these are of ourselves. Over and above the various yearlong portrait projects to be found on photo-sharing sites, popular people on Facebook have thousands of photographs in which they're tagged, and kids lacking political aspirations even film their Salvia trips for posterity on YouTube. In short, we've been struck by archive fever. If you're not archiving yourself, the chances are you're being archived by someone else. 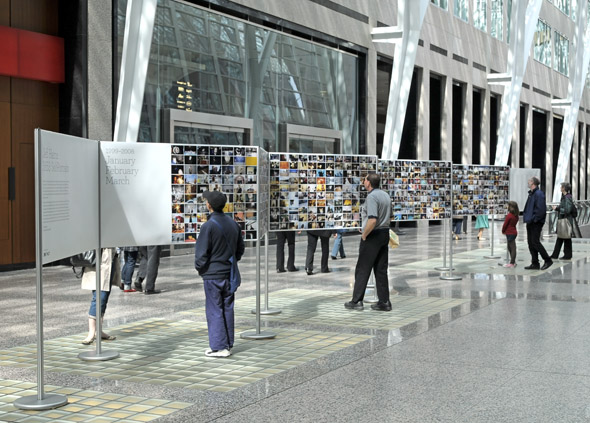 Despite the Orwellian undertones of that last sentence, the reality is that most of us willingly and happily engage in this process. Whereas in the past opportunities for widely disseminated self-representation were generally restricted to artists and writers, nowadays our cup runneth over. The problem is, of course, that the more entrenched and commonplace these opportunities become, the less we tend to think of them specifically as mediums for self-representation. They become something that we do without putting a whole lot of thought into it.

That's where Jeff Harris' 3653 Portraits comes to the rescue. On display at the Santiago Calatrava designed and (fittingly) often-photographed atrium at Brookfield Place as part of the CONTACT festival, this series might just act as a wakeup call. Forgetting that Harris was using digital technology to create a well-stocked archive of his life well before most of us were, the vast scale (10 years!) of his project can't help but work to defamilarize our own participation in personal life-documentation.

Viewing the multiple 10x12 grids of 4x6 photographs, it becomes easier to see what all this archiving is about. Storytelling. Harris's series blatantly stages the degree to which our image-rich culture has altered the way we narrate our lives. There's quite a difference, after all, between pulling the camera out on special occasions and using it everyday. 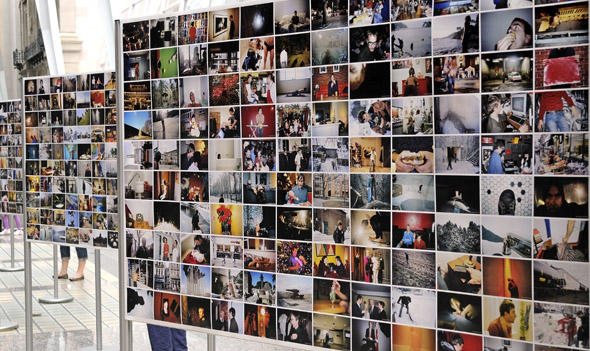 Some might say that this propensity to take so many photographs is evidence of the increasing banality of contemporary culture - that for all the images we're exposed to, few are stimulating or particularly revealing. But take a close look at Harris's individual portraits and you might just see a William Eggelston or two. So many of these photographs are artfully composed and could be enlarged and viewed in a gallery apart from the series proper. Although Eggelston isn't a portrait photographer per se, neither I would argue is Harris. This is a documentary project in which Harris's surroundings are, more often than not, the main interest.

So I look at this exhibition in two ways: on the one hand, as something of a model, and on the other, as a reminder. I take it as a model because the photos that make up the series reveal a photographer constantly pushing himself to remain creative within a model that could've easily lead to redundancy and dullness. And, in direct relation, I take it as a reminder that such creativity isn't confined to what's traditionally deemed artistic practice. As Harris so wonderfully demonstrates, the life lived and its narrative don't come one after the other - they're fully intertwined. 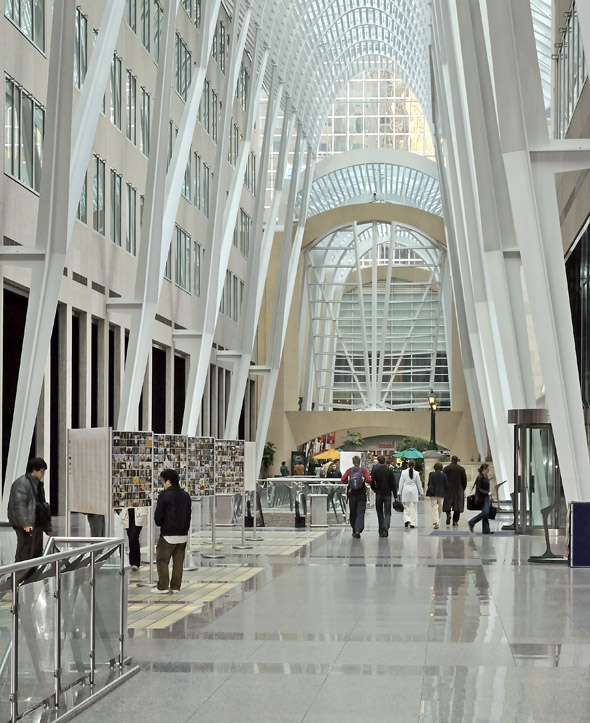 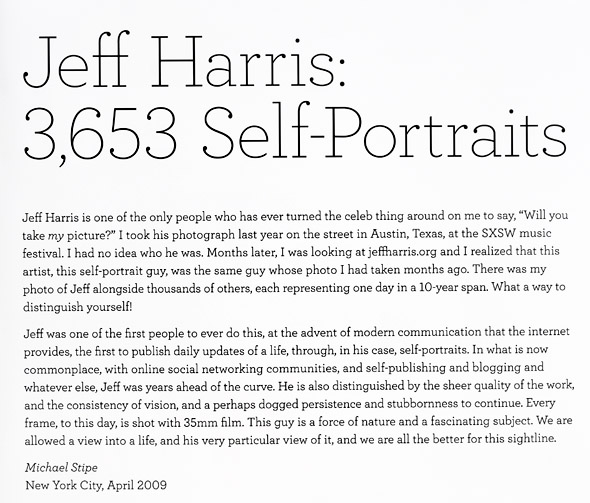 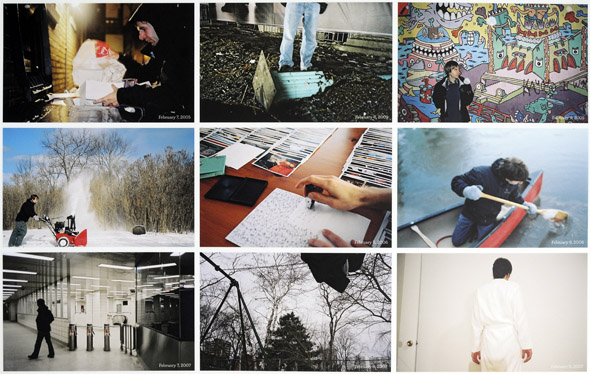