Playing Scrabble With The Stars

C-E-L-E-B-R-I-T-Y scores a ton of points in a game of Scrabble. At last Monday's Scrabble with the Stars event, some of Canada's premiere celebrities helped score some much-needed funds for Performing Arts Lodges (PAL) Toronto.

The event took place at the Grand Banking Hall at The Suites At 1 King West. Celebrities this year included Mark Breslin, ET Canada's Rick Campanelli (pictured above), Peter Kent, Colin Mochrie, Jackie Richardson, Carl Pruner, R.H. Thomson and cast members of CBC-TV's Little Mosque on the Prairie and Mirvish Productions' We Will Rock You and The Sound of Music. 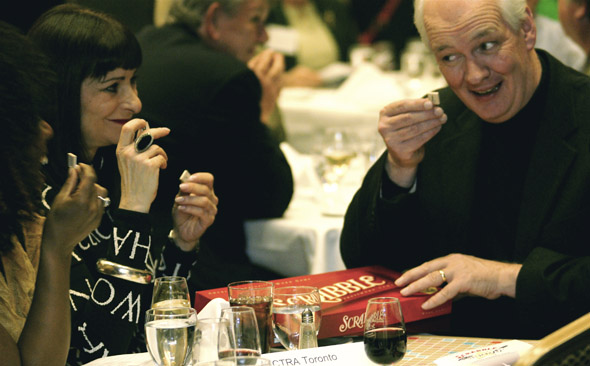 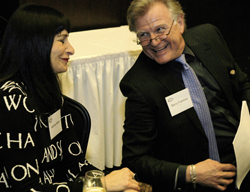 Fashion reporter Jeanne Beker and actor Barry Flatman (pictured right) hosted this fifth annual Scrabble with the Stars event, where Canadian celebrities matched wits with others who paid $125 to support the cause and get to play a game with a star.

Beker wore what she called her Cheat Sheet an outfit from the late '80s by New York designer Cynthia Rowley.

The services of expert Scrabble players (pictured below), including former Canadian and world champion Joel Wapnick, and top ranked female Canadian Robin Pollock Daniel, were auctioned off before the games begun. 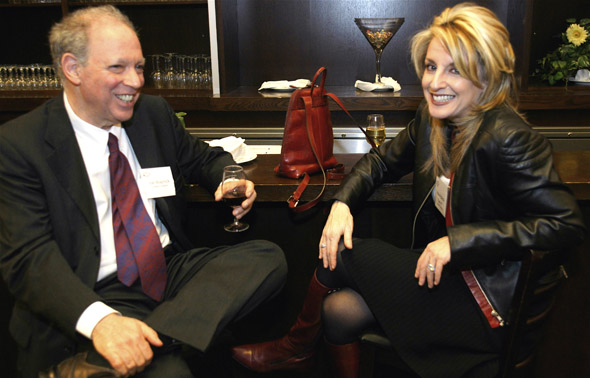 PAL is an organization that benefits performing arts professionals in health and affordable housing. Funds raised will help provide assisted living care for PAL residents who can no longer live independently. This will allow residents whose failing health precludes independent living to remain among fellow professionals with whom they share common bonds, while receiving the additional care they need. 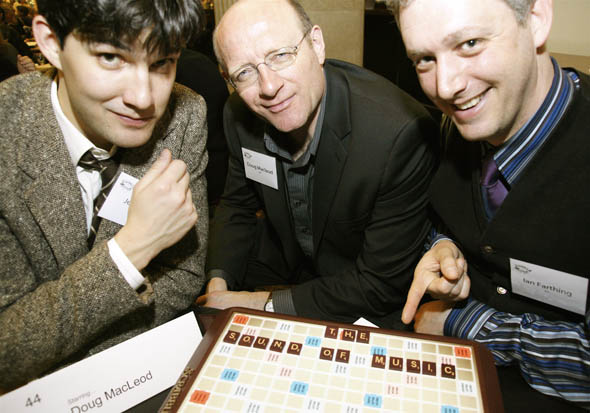 (from left) Jeff Irving, Doug MacLeod and Ian Farthing from the cast of Mirvish Productions' The Sound of Music. 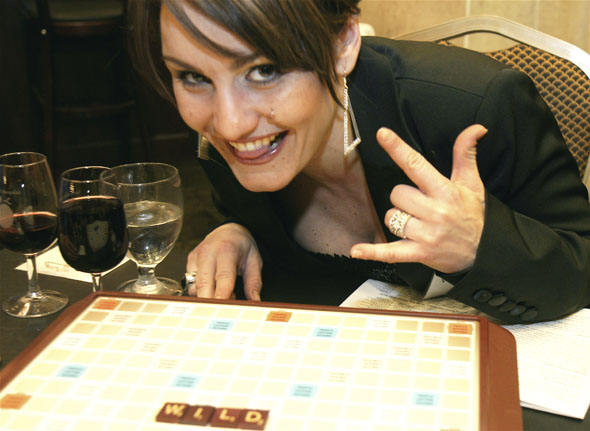 Val Stanois (Oz) of Mirvish Productions' We Will Rock You shows off her WILD side. 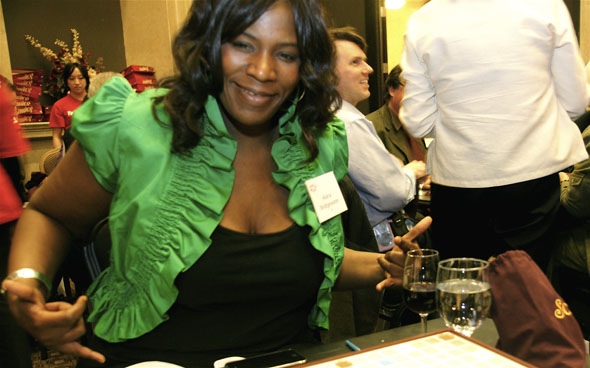 Alana Bridgewater (Killer Queen) of Mirvish Productions' We Will Rock You had the killer tiles. 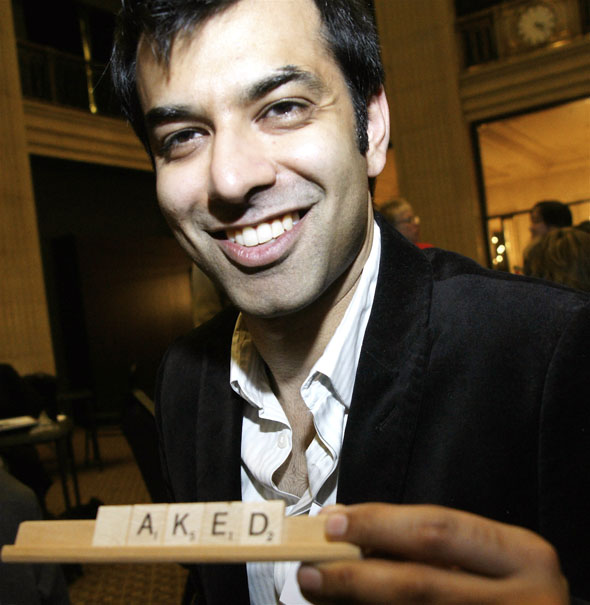 Little Mosque on the Prairie's Zaib Shaikh isn't sure what letter to designate the blank. 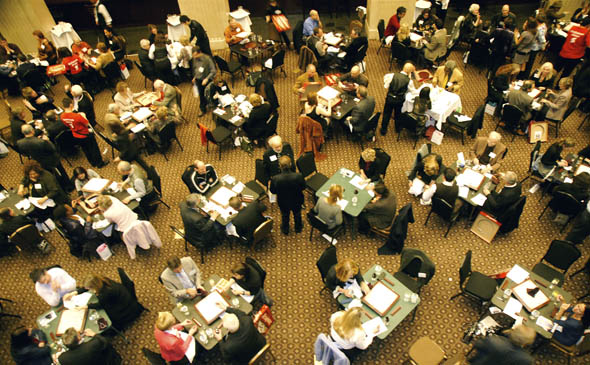