My first post on this site was an open-ended pondering about the mysterious Toronto Graffiti Art Museum, apparently founded by the patriarch of the agit-art movement, Ron English. Learning of this proposed establishment before moving to Toronto gave me pangs of hope that maybe my future home had progressed beyond my expectations. But after a few months of waiting, the mecca of street art at the back of my mind, the whole thing really started to stink a little. So, when Ron visited my former stomping grounds of World's End Studio (home of Stupid Krap) in Sydney, Australia, I had to make some connections.

The scoop from down under: the whole thing was actually the work of media prankster, Alan Abel. When contacted, Alan immediately acknowledged his involvement and agreed to answer some quick questions about the stunt which apparently was a reaction to Toronto's steps (read: Graffiti Abatement Program) to eradicate graffiti.

"With the city of Toronto alarmed about the graffiti problem, it seemed timely to satirize the situation by claiming to establish a Graffiti Museum downtown to perpetuate this medium of free expression. The purpose was to promote the subsequent screenings of "Abel Raises Cain" and "Is There Sex After Death?" at the Bloor Cinema in December 2008." 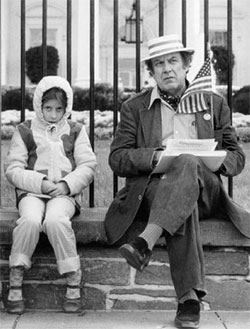 Abel Raises Cain is a perspective into Alan's bizarre career and life as told by his daughter, Jenny Abel and co-director, Jeff Hockett. In case you're interested, Toronto-based company, FilmsWeLike currently owns the DVD distribution rights for all of Canada.

As for Ron English's involvement, it seems more of a token use of the street artist's reputation. "I've known Ron for a number of years, having met him at film festivals. We are kindred souls of course," Abel reveals.

A few years ago, Ron was also touring and screening his own cinematic nugget, POPaganda: The Art & Crimes of Ron English. The two are also both under the Evil Twin Booking Agency and have been billed together for Gelf Magazine's Non-Motivational Speakers Series when they focused on culture-jammers and pranksters.

"I've taught in schools early in life; but I always wanted a larger audience than the classroom. Like the whole world. So my first campaign to clothe all animals for the sake of decency was so successful, I decided to make harmless deception with pranks as a lifestyle. It's still working for me. I get to write quirky but believable campaigns and perform them on the world stage, using the media as a conduit to my audience, the public. In fact, the Internet is now a catapult to the entire world! And I've had a grand hoax on the Internet, and in the press, for the past ten months without discovery so far. It involves animals and sex, creating both amusement and anger." 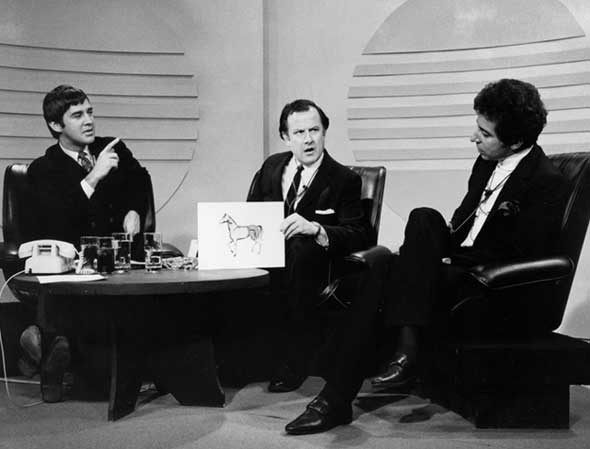 So, Ron English is really not moving to Toronto, he's not buying any downtown properties to establish a work/live space for street artists and Alan has managed to push his message through the media (I feel a little used but not too dirty because he's really a super cool guy). But at least it's case closed for the "Toronto Graffiti Art Museum". All that's left to do now is silently lament about what could have been.