Everyone knows about ballerinas, but what do you call a male ballet dancer?

According to Noah Long, rising star of the National Ballet Company and featured dancer in 'The Nutcracker', they're called...

Noah played a lot of sports as a kid; road hockey was a staple of his childhood in Missisauga. Volleyball and competitive swimming soon followed. Dance wasn't on his radar at all, until running errands one day with his Mother.

"We went to pick up my sister from ballet class. The teacher took one look at me and said 'this boy has to dance'. The next week I was forced into the studio. The first year it was a struggle to get me to go to class; after that ballet began to grow on me."

His dance lessons gave him an edge in sports as well . Suddenly he was stronger, more agile and flexible than the kids. They would tease him on the court every once and while, but he would win.

"In grade nine I turned down the National Ballet School; I wasn't sure if it was right for me. I went to a normal High School, and by grade 10 I had to make a decision; pursue volleyball or ballet. I didn't know which one I wanted as a career. As it happens you really need to be 6.5 to go into volleyball, and I knew I wouldn't grow any taller...so dance it was."

After training professionally in Vancouver at age 17, Noah headed back to Toronto and joined the ranks of the National Ballet Company. He started as an apprentice in 2005.

Noah is debuting as Uncle Nikolai tonight in 'The Nutcracker'; you can also catch him in the role on December 14th. The dancers take turns at lead parts in the ballet; Noah is also performing as an icicle and a roller-skating bear during the rest of the run.

In the same way that doing ballet helped him in sports, I think sports helped Noah excel in dance. His rugged athleticism and down to earth personality doesn't match the stereotype of the National Ballet dancer; it makes him all the more fascinating to watch on stage.

"The Nutcracker" comes back every year, it's success is key to the survival of the ballet.
I asked Noah if hearing those Tchaikovsky melodies over and over again ever gets on the dancers nerves.

"Mainly the sugar plum fairy variation. That's the one we all cringe at, especially because it's in all the ads. Luckily I don't have to dance to that music, cause I'm a guy." 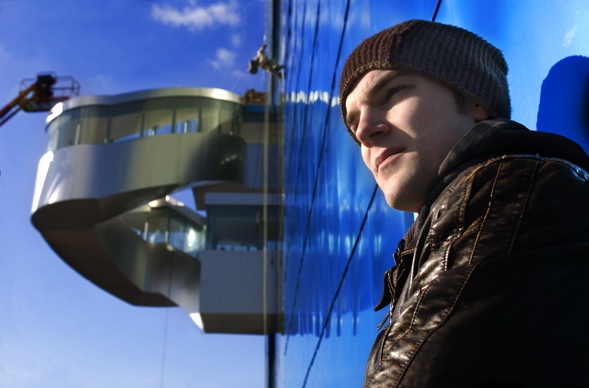