Don't Step on the Seagulls!

The National Ballet of Canada have rolled out a fun guerrilla marketing campaign that would make Dave Winfield proud. Peppering the pavement near Dundas Square are a flock of seagulls, chalked with realistic shadows and everything. It's all in good fun though (no seagulls were harmed in the making of this ad) with the express purpose of convincing avid mall shoppers to skip the next outing to Hollister in favour of a new show at The Four Seasons Centre called, you guessed it, The Seagull.

But that's not all. It looks like some unsuspecting members of their target demographic should expect to receive a bit of an origami surprise in the shape of a blue seagull. Photos I found on Flickr show a team of paper folders diligently creating the birds. 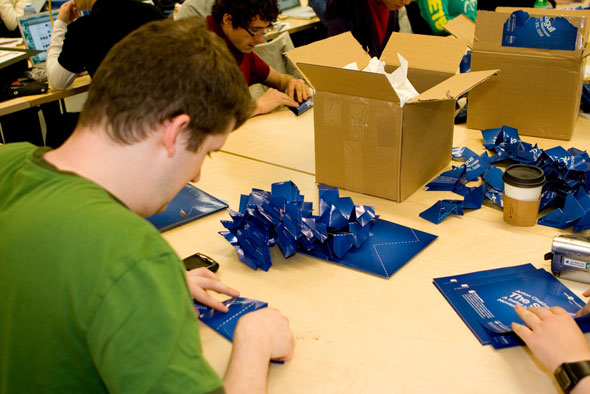 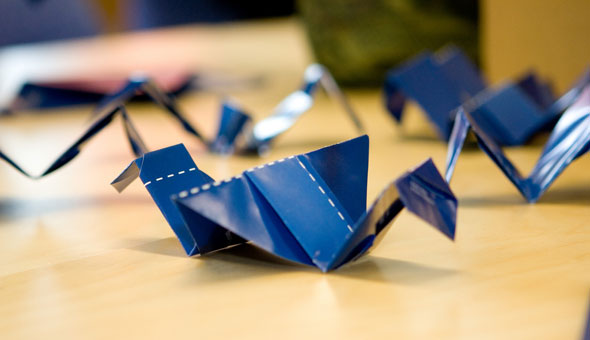 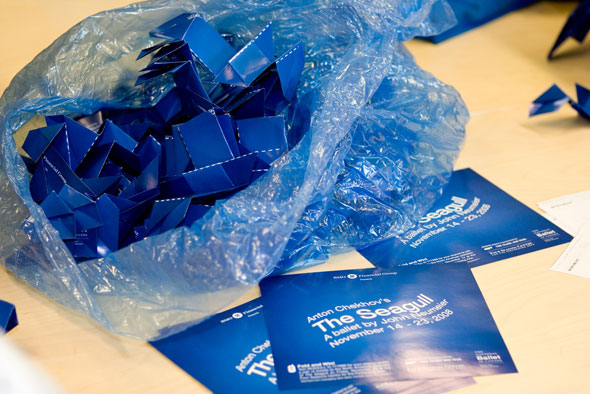 More photos of the Seagull Fold-A-Thon on Flickr. The Seagull, the ballet, starts November 14th and runs for a week.