It was certainly one of the crowd favourites at last weekend's Nuit Blanche 2008 in Toronto. Enthusiastic crowds gathered at City Hall and used their cell phones to play classic arcade games like Pong on the building's facades.

There's good news for those who didn't have a chance to see the awesome interactive light display. Stereoscope by German artists Blinkenlights will continue to blink away tonight, until 7am on Sunday morning. 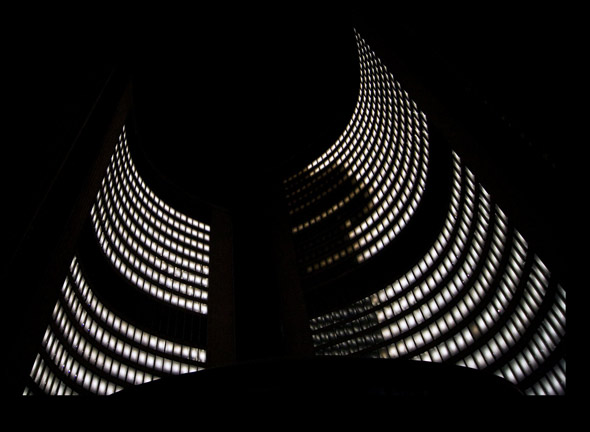