Manifesto 2008 was officially launched last night with a film festival on hip hop, but what really got the festival started was a gathering of artists outside the ROM.

One of the highlights of the night though was the first public display of SKRTCH (pictured below) by Rob King from the CFC Media Lab. SKRTCH is an "interactive digital graffiti projection that allows users to digitally 'tag' a wall using a laser." Even more exciting, passersby could animate the tag through scratching a turntable, making the graffiti art dance as a 3D image on the wall. What better wall to tag, at least temporarily, than the North East corner of the ROM. 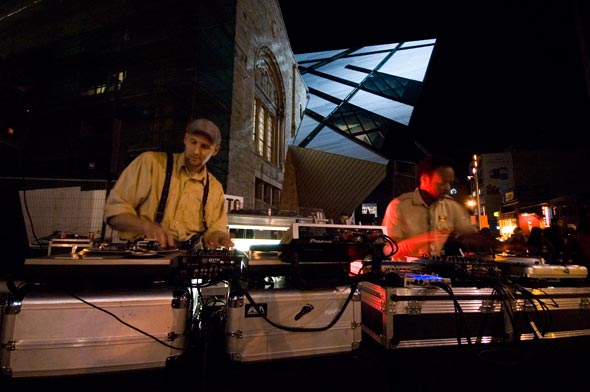 The turnout was sparse, populated almost entirely by pedestrian traffic, but the music was loud and compelling enough to have small crowds gather and bop their heads. It was a small opening, nothing like what is seen or felt from others in the city, but other events from Manifesto this weekend should bring a 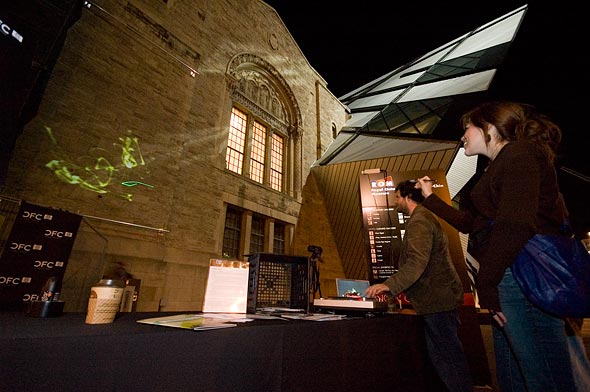 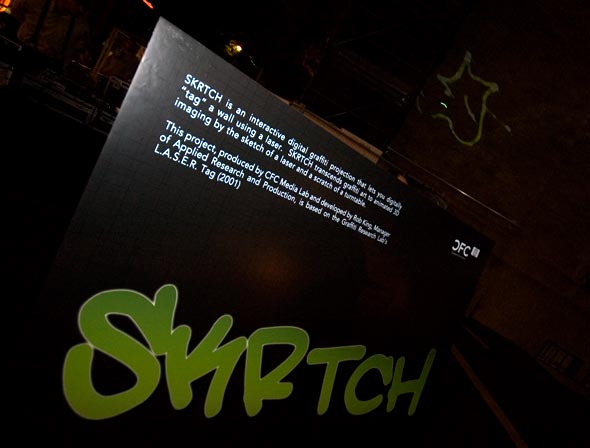 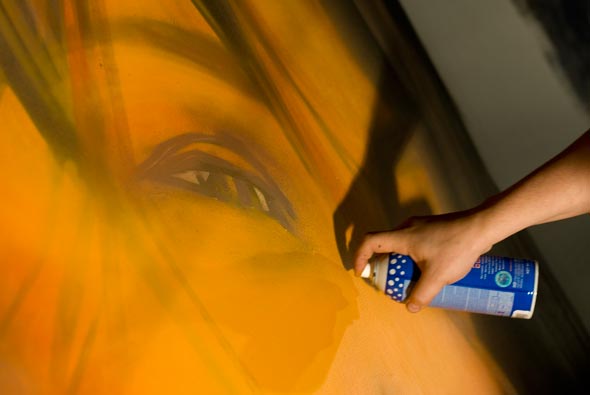