It's Only Rock and Roll

Last night was the opening of 'Rockers' at the Liss Gallery on Yorkville Avenue, a section of Toronto that once had a thriving music scene during the 60's. Such Canadian luminaries as Neil Young, Joni Mitchell and Gordon Lightfoot spent many hours hanging around this hippie haven. Keeping with Yorkville of today, the red carpet was laid out to welcome hundreds who packed this tiny space to view the images of legendary photographer Bob Gruen. 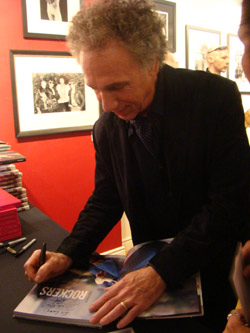 Gruen told me this was his first art exhibition in Toronto, but he has many fond memories of the city. This exclusive collection of prints provides a snapshot look back to the tripped-out daze of rock and roll in the 60's and 70's. Gruen began taking shots of musicians as a hobby, but was soon admired and respected by some of the biggest names in the music industry. He went on to gain worldwide recognition for his iconic shots of John Lennon, Sid Vicious, Elton John, Tina Turner, Elvis Presley, the Clash, Bob Marley, Madonna, the Rolling Stones, and too many more to list.

I asked Gruen how he maintained his youthful appearance while being encapsulated within the rock and roll lifestyles that surrounded him. "I eat a healthy diet and avoid junk food", he said. He's released a few amazing books of his work, with the most recent 'New York Dolls' available for the first time in Canada at the gallery. He recalls his infamous Sid Vicious shots as vividly as if they were taken last month. "None of them were staged, they just happened and I was there to capture the moment", he confides.

Make your way to the back of the gallery to visit the "bedroom", a tiny space created to depict any teen's room from the past. The walls are adorned with numerous Gruen images from the many magazine covers his shots appeared within. The other memorabilia objects such as t-shirts, record albums and empty liquor bottles complete this teenage fantasyland. Rock and Roll! 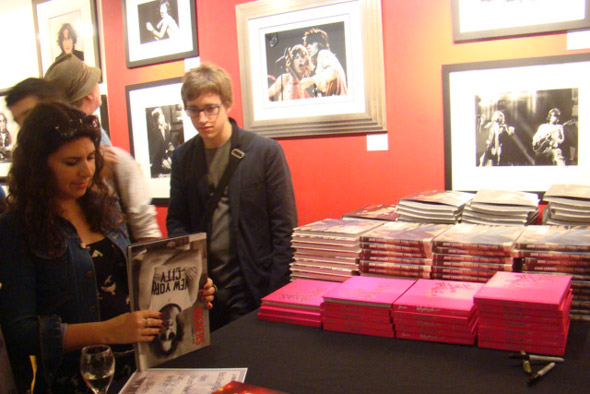 Liss Gallery is located at 140 Yorkville Avenue and has been showing some great works since opening in 1983, exhibiting both Canadian and International art. It's open Monday to Friday from 10 am until 6 pm, Saturday from 11 am until 6 pm, and closed on Sundays. Runs until October 4th. 416.787.9872.